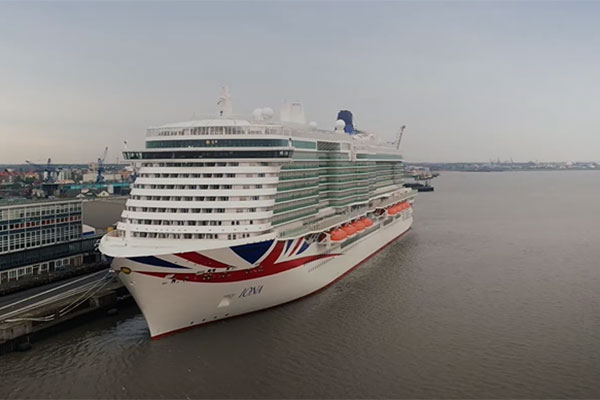 Heavy demand for ‘staycation’ sailings sent P&O Cruises online systems into meltdown as the cruises went on sale this morning.

The line suffered “technical issues” until about lunchtime on Monday (March 22), although travel agents reported they have not had difficulty making bookings on the series of summer coastal cruises by the ships Britannia and Iona.

“We are delighted though that agents can and are still making bookings. We always hoped that these domestic cruises would be popular but we have never before seen such significant and immediate demand and it certainly shows the effects of lockdown and everyone’s need for a holiday.

“Many thousands of guests have already made bookings and Iona’s maiden voyage to the Scottish islands is already very sold and will be a very special cruise.

“We are working to rectify the technical issues as soon as possible by adding further bandwidth.

“We are so sorry but we would ask everyone to bear with us and we will provide a further update once the system is fully functioning, which we hope will not take too long.”

A P&O spokesperson confirmed the site was fixed by lunchtime on March 22, with “everything now fully functional”.

Demand to get on board UK sailings being offered by a range of cruise lines, including P&O Cruises, Princess Cruises, Fred Olsen, Cunard, Saga, Riviera Travel, Hurtigruten, MSC Cruises, Viking and Tradewind Voyages, had been predicted by Dame Irene Hays, owner of Hays Travel.

She said on Saturday: “We have had thousands of enquiries already.

“Our customers are desperate to have a holiday and to be able to have a staycation in the UK combined with the luxury of a cruise is a real addition to the UK holiday offer.

“We are working with some of the best operators and cruise ships in the world, so there’ll be first class service, hospitality and entertainment on board, as well as shore excursions.

“At the same time there is peace of mind – the government is only allowing this within the highest standards of health and safety.”

As the domestic holiday market reaches full capacity, with inflated prices due to the huge demand, taking a cruise is being seen as a viable alternative, according to Hays Travel.