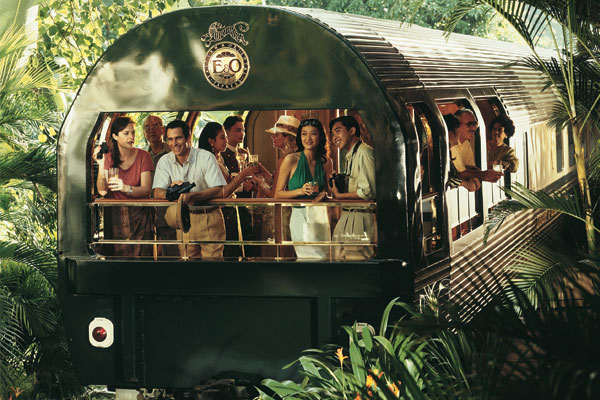 There’s something gloriously timeless about travelling by rail – the feeling of being whisked away to somewhere new, sweeping scenes whirling by in window-sized snippets that give you a snapshot into the lives and cultures of others.

And nowhere is it all more fascinating than Asia, where majestic carriages and spectacular landscapes blend with a rich cultural heritage, appealing to everyone from time-strapped city hopper to take-it-all-in explorer.

So you can sell it to a diverse crowd: whether your clients want to cover a lot of ground quickly, lap up some once-in-a-lifetime luxury or learn the ins and outs of a country’s history, you can find something to suit. 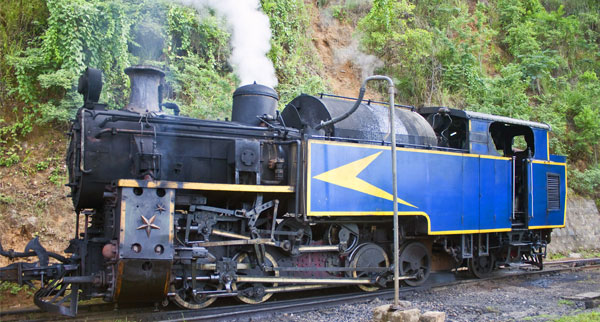 Home to one of the world’s largest rail networks, alongside unique Himalayan landscapes and cultures, India is well primed for rail journeys, and takes the crown as Ffestiniog Travel’s most popular destination.

Among the country’s most iconic is its cluster of Unesco-listed ‘toy trains’, built by the British and used nowadays to whisk tourists through deep valleys, historic tunnels and bottle-green pine trees.

Newmarket Holidays’ new Kerala & Indian South tour stops at the plantation town Coonoor to explore a tea factory, before continuing on a steam-hauled train to the town of Mettupalayam.

Riviera Travel, meanwhile, offers the Kalka-Shimla train on its 15-day India & Shimla for Solo Travellers trip, taking guests through 100 tunnels and over 800 bridges to the picturesque hillside spot where British rulers used to flock for the summer. 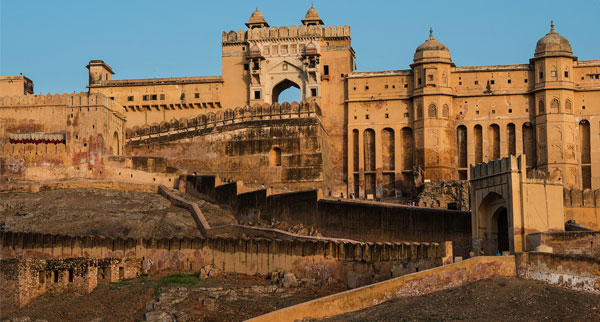 Away from the toy trains, Paul Melinis, director of sales for Insight Vacations and Luxury Gold, recommends a ride on India’s second-fastest train, the Shatabdi Express. “Not only is it the most efficient way to make the journey, but it’s an unexpected and exhilarating way of seeing the real India up close,” he says.

Luxury Gold’s 13-day Classical India with Nepal trip – which passes through Kathmandu, Varanasi, Agra, Jaipur and beyond – features a ride on the railway from Jhansi to Agra. It’s a good suggestion for clients wanting to get a glimpse of the country’s palaces, temples and traditions (from £3,675).

Great Rail Journeys’ India’s Golden Triangle tour, meanwhile, combines a trip on the express train with a ride on the Shimla Railway, making it the company’s best-selling itinerary in Asia. 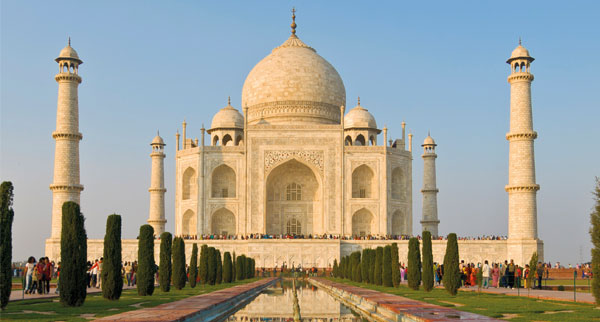 But if it’s an epic, once-in-a-lifetime journey your clients are after, look to the Palace on Wheels, the Deccan Odyssey and the Maharajas’ Express. These hotel-style trains feature extravagant carriages complete with exuberant lounges, restaurants and bars, making them a worthy suggestion for couples at the higher end of the budget.

The first winds its way through the Rajasthan region in the north-west before finishing up at the Taj Mahal, and is bookable through various operators including Great Rail Journeys, Cox & Kings (on a private basis) and Premier Holidays. And like the iconic blue Deccan Odyssey, it features an onboard spa, lavish interiors and personal attendants – meaning all guests have to worry about is looking out of the window at the right times. 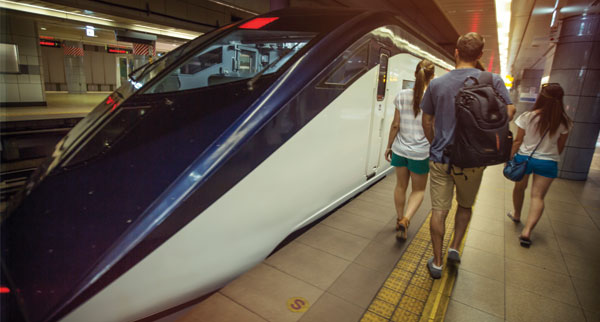 Over in Japan the Kyushu Seven Stars, an ultra-luxury sleeper train decked out in wooden furnishings, winds its way round this dramatic southern island, characterised by soaring volcanoes and bubbling hot springs.

InsideJapan Tours offers a four-day trip on the train as part of its epic Japan Deluxe Railway Adventure; guests board at Fukuoka before passing through the volcanic landscapes of Yufuin and the verdant countryside of Kirishima National Park. The 14-day trip certainly isn’t cheap, but it’s worth recommending to those with big budgets, with prices from £13,160 per person (based on twin share).

Two new luxury trains are set to launch in Japan this year. The art deco, 30-passenger Twilight Express Mizukaze will explore the west side of the country, while the Train Suite Shiki-Shima will operate in the northeast region up to Hokkaido. 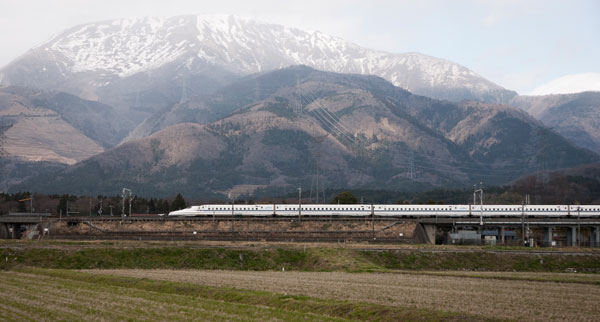 But it’s the bullet trains for which Japan is best known.

G Adventures’ new Iconic Japan trip features a ride on the Shinkansen, and stops off at the arts-and-crafts city of Kanazawa, as well as Hiroshima, Kyoto and various farms and villages.

Just You’s 11-day Japan Revealed trip also includes a journey on the bullet – costing from £4,999 and taking in Mount Fuji, Kobe, Atami and Kyoto – as does Topdeck Travel’s 12-day Japan Highlights trip, which ticks off highlights including Osaka, Takayama and Hiroshima.

While Japan and India have traditionally garnered most of the attention, there are other options. Great Rail Journeys says Vietnam is selling especially well and has been for the past few years, while Intrepid Travel highlights China.

The latter offers a 12-day Real Food Adventure China trip which combines an overnight train journey from Xi’an to Beijing with a variety of culinary experiences. But it’s the rail element that gets people talking, according to Andrew Turner, Intrepid’s head of trade sales. “Our travellers tell us the train journeys are often a highlight of their trip,” he says. The 12-day food tour costs from £1,535. 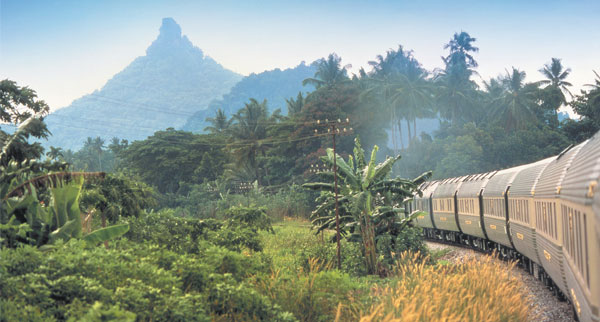 Cox & Kings, meanwhile, has added a Taiwan by Rail trip to its private tours, throwing in a three-and-a-half hour ride on the narrow-gauge Alishan Mountain Railway – one worth highlighting to off-the-beaten-track types.

In Vietnam, the Reunification Express is an overnight sleeper that connects Hanoi with Ho Chi Minh City, which celebrated its 80th birthday last year. The line has an interesting to tale to tell after being bombed, abandoned and rebuilt, so it’s a good suggestion for history buffs and features on Ffestiniog Travel’s new Vietnam, Cambodia & the Mekong Delta itinerary.

But for an epic cross-country journey, suggest the Eastern & Oriental Express, which travels from Bangkok to Singapore via Kuala Lumpur. “It’s without a doubt our best-selling rail tour,” says David Carlaw, head of faraway product at Premier Holidays. “Passengers can experience the romance of a bygone era, as the train’s hospitality and comfort is influenced by the style of the 1920s and 1930s.” 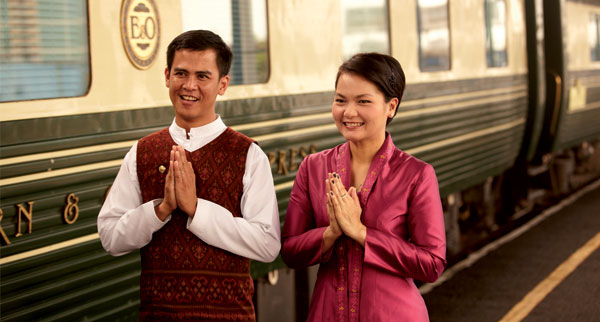 Travel 2 offers two nights onboard in a Pullman Suite, as part of its Singapore to Thailand Luxury Train Experience, which costs from £3,899 per person. The price includes return flights from London and four nights’ hotel accommodation, and is based on a September 12 departure.

Upping the game even further though is Golden Eagle Luxury Trains and its iconic Silk Road tours. The Caspian Odyssey trip takes guests from the Armenian capital of Yerevan through Georgia, Azerbaijan, Uzbekistan, the Caspian Sea and beyond on a once-in-a-lifetime journey past untouched vistas and ancient sites. It might be pricey, but for clients wanting all-out style and a voyage they’ll remember in years to come, it doesn’t get much better.

“Travelling by train is an ideal way to experience local life in Asia. It’s a great chance to see people going about their everyday lives and to strike up conversation with fellow travellers. The scenery often offers a new perspective on a country away from the tourist trail, whether it’s winding through suburban backstreets of Beijing or past paddy fields in Vietnam. Overnight trains are also the best way to travel long distances while still getting maximum time in each place.”