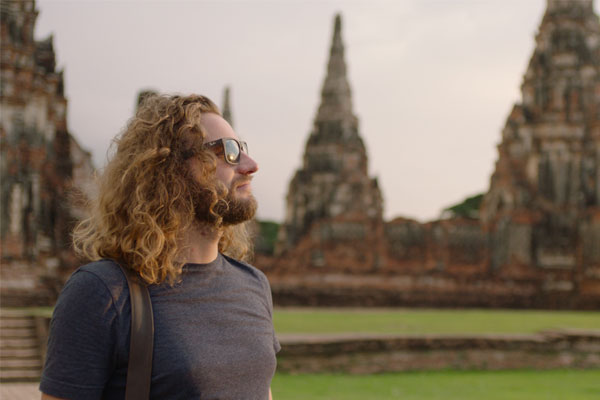 Kuoni is putting its travel agency staff at the centre of a multi-million pound turn-of-year campaign which drops TV advertising for the first time in five years.

Two of its store staff, Dave Stone, manager of Kuoni in Kingston, and Carrie Grant, Kuoni’s Newcastle shop manager, will appear in a digital film on Kuoni’s home page to promote the company’s service and expertise.

Stone and Grant, who auditioned for the parts, are screened in store and in Thailand and talk about why they are passionate about travel and service. Other agents will also appear in national newspaper advertorials.

It is the operator’s biggest investment in a peaks campaign and features one core message across all its media channels: ‘Our experience makes yours.’

The campaign, which launches on December 21, is targeted at Kuoni’s key customers, in terms of demographic and locations, following market research.

It has a strong regional focus, with radio advertisements used for the first time as part of a peaks campaign. Other elements include paid online search advertising combined with digital advertising and social media posts, direct mail, print advertising and a heavyweight media partnership with The Telegraph.

Marketing director Dean Harvey said the operator had moved away from TV to focus on delivering a more complex message about the experience and service of its own staff rather than to build brand awareness.

He said: “TV is very effective for brand messages. We felt the brand job had been done over the last five years. We wanted to talk about our experience and make that the core part of the campaign. All our messages are about the fact we have been there and can tell you about it. It is difficult to put across a complex message in a 30-second TV ad.”

Kuoni is also using its ‘our experience makes yours’ message for incentives for third-party agents in January.

These include a chance to win an educational place every day in January, one of Kuoni’s biggest investments in destination training for the trade to date.

National sales manager Brad Bennetts said: “We’ve got extra staff in place to help handle calls from travel agents; so we’re able to turn around quotes quickly. These incentives are all about showing agents we’ve got the experience to wow their customers and we want to work together to get January sales off to a flying start.”