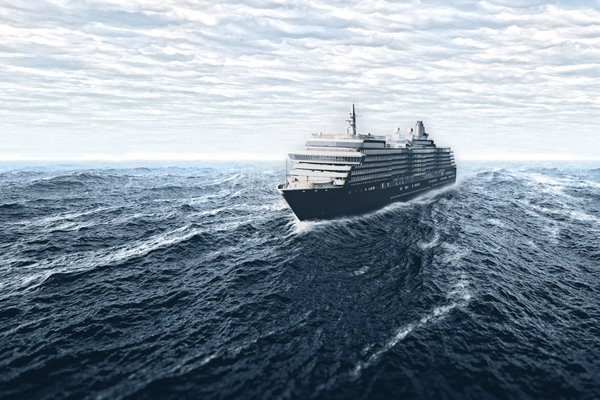 Cruise ships emitted 20 times more sulphur dioxide in Europe than all of Europe’s passenger vehicles combined, according to a report published this week.

But cruise lines hit back, dismissing the report as “inaccurate and misleading”.

The study of more than 200 cruise ships by the Transport and Environment federation, a Brussels-based group of non-governmental organisations (NGOs), suggested Carnival Corporation ships alone emitted half the sector’s 62 kilo-tonne total of sulphur dioxide emissions.

However, Carnival Corporation said it “strongly refutes the conclusions of the Transport and Environment report”.

A Carnival Corporation spokesman said: “The report is based on an in-house analysis applying highly questionable methodology with ‘best guess’ estimated data on cruise ship emissions.

“The figures do not reconcile with calculations using actual fuel data and emissions from cruise ships as well as data independently collected and verified by the ports themselves.”

Sulphur dioxide is a toxic by-product of fossil-fuel burning and Transport and Environment pointed out emission controls in the US are tougher than in Europe, with the entire US coastline a sulphur-emissions control area.

By contrast, in Europe only the Baltic Sea, North Sea and English Channel are protected.

“Luxury cruise ships are floating cities powered by some of the dirtiest fuel possible. There are enough mature technologies to clean up cruise ships. We need governments to step in and mandate zero emission standards.”

However, Carnival Corporation noted: “It is accepted among regulatory groups such as the International Maritime Organisation (IMO) and the US Environmental Protection Agency that we have implemented several advanced technologies that remove the vast majority and sometimes all of the sulphur from exhaust.

“The premise of the report is misleading. It compares the environmental impact of sulphur in automotive fuel to the fuel used to power cruise (and commercial shipping) vessels.

“In fact, sulphur has been completely or almost completely removed from automotive fuel in the production process, making this a completely irrelevant comparison between automobiles and cruise vessels.”

“This combination of initiatives reduces SO2 emissions at a level of 98% to 100%.

“Carnival Corporation operates at close to zero sulphur emissions in most of our European operations, with further reductions planned by year’s end.

“Our ships operating in 1.5% low-sulphur areas are actively operating at our own much lower standard, which is below 0.1% sulphur emissions. When the limit is reduced to 0.5% in 2020 as part of the IMO’s policies, we will continue to operate well below these established limits.”

In addition, it said: “We are a world leader in use of LNG, the world’s cleanest burning fossil fuel, with zero percent sulphur dioxide emissions.

In a statement, cruise association CLIA expressed disappointment that Transport & Environment “published the internal analysis without discussion, input or updated insights from the cruise industry or cruise destinations.

CLIA said: “The results have been published without any academic scrutiny, peer review or scientifically-robust methodology.”

It added: “CLIA and its cruise line members are committed to a zero-emission future, as is the entire maritime sector.

“The cruise industry represents less than 1% of shipping and is making progress towards this goal, but it will take time.”

The Transport and Environment report was published days after Carnival was fined $20 million for dumping sewage and plastic waste at sea.

The fine was imposed by a Miami court after Carnival breached the conditions of a previous punishment for dumping oil-contaminated waste, for which it was fined $40 million in 2016.