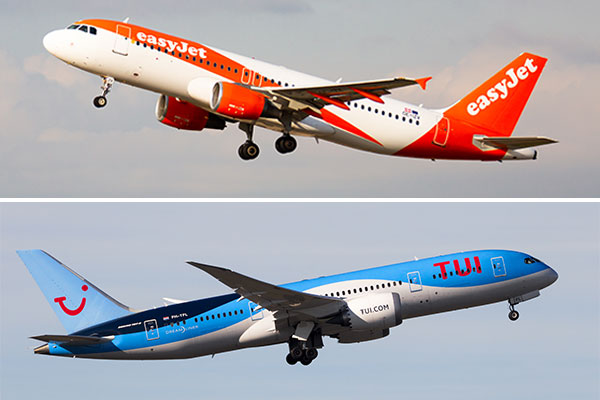 Tour operators Tui and easyJet holidays have confirmed they have no plans to push back their restart dates.

Rival operator Jet2holidays pushed back its restart date to June 24 on Friday after the government’s Global Travel Taskforce published its report on the restart of travel.

A Tui spokeswoman confirmed “we don’t have any plans on pushing back our start date”.

She added: “We’ve offered our customers maximum flexibility by allowing them to amend if they want some certainty, but most customers are still hopeful, like us, that we’ll be flying from May 17.”

She pointed out that Tui, unlike Jet2holidays, flies to long-haul as well as short-haul destinations in Europe, where Covid infection levels are currently high – meaning many classic summer sun destinations might not be on the ‘green list’ when it is revealed ahead of the restart.

Tui has already begun holidays for customers in its German and Polish markets, meaning it would not have to start operations from scratch, the spokeswoman explained.

She added that Tui would only cancel a holiday, and therefore offer a full refund, for holidays to destinations on the UK government’s ‘red list’, from where returning passengers face hotel quarantine.

Tui plans to operate holidays to amber destinations, which still require self-isolation, but allows it to be completed at home. The spokeswoman said “many customers are happy to quarantine on arrival back to the UK”.

For those who aren’t, she explained that – while refunds won’t be offered – Tui will allow them to amend their booking for free as part of its ‘Holiday Promise’.

The same will apply for those countries that move onto the Green Watchlist, announced in last week’s Global Travel Taskforce report and indicates when destinations are in danger of being moved from green to amber.

A spokeswoman for easyJet holidays confirmed the operator is “still planning for May 17, pending whatever the government says early May”.

She said easyJet holidays had emailed customers with bookings for this summer with the update and to remind them of its ‘Protection Promise’, also for full refunds if holidays are cancelled 28 days or more before departure, and the option to cancel at short notice if quarantine requirements for customers’ destinations are enforced.

Jet2holidays chief executive Steve Heapy last week told Travel Weekly it was “unfair” to customers, staff and travel agents to plan for that date while uncertainty around which destinations will be accessible remains.