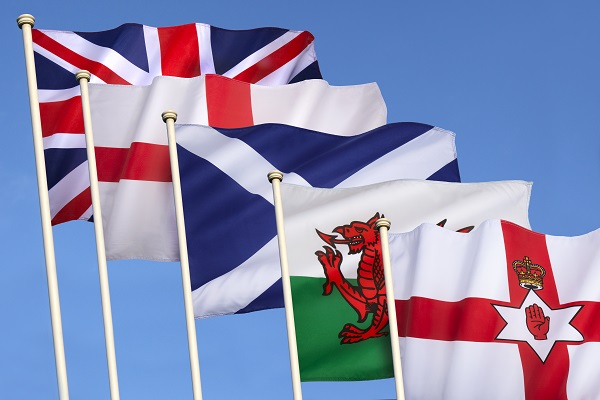 Scotland’s first minister has said she expects to “agree rules for international travel on a four nations basis”.

Restrictions on travel to and from Scotland and Wales and England are likely to be lifted from April 26, Nicola Sturgeon confirmed today.

Announcing restrictions for travel within Scotland would be relaxed from this Friday (April 16), and groups of six will be allowed to meet outdoors, Sturgeon added: “We also hope to be able to agree rules for international travel on a four nations basis.

The UK government is targeting a return of international travel from May 17.

But Sturgeon stressed “international travel does remain a significant risk” due to the risk of improting variants of concern, adding: “It may be the case that we have to endure restrictions on international travel for a bit longer, as the price we pay for much greater normality here in Scotland.”

Sturgeon said “we will not keep these restrictions in place for any longer than necessary”, but added: “It is important right now to protect our progress here so we don’t make the mistakes we perhaps made as we came out of lockdown last time and open up international travel too quickly and then compromise and jeopardise the progress that we have made”.

Referring to domestic relaxations, Sturgeon said: “I know [the decision] will be welcomed by many, and perhaps in particular by businesses in our tourism sector.”

But she stressed: “It may still be necessary in future to have temporary travel restrictions to and from places with high rates of Covid… but from April 26, we intend that people in Scotland will be able to travel anywhere across Britain.”

Whether or not travel to and from Northern Ireland will be relaxed will depend on Northern Ireland’s review later this week, said Sturgeon adding that travel between other parts of the Common Travel area – such as the Republic of Ireland, the Isle of Man and the Channel Islands – will “kept under review”.

Scottish islands – including Shetland, Orkney and the Western Isles – will remain in Scotland’s level 3 category of restrictions, with the rest of the country, meaning people are not allowed to travel in and out of the islands for holidays.

There had been calls to move the islands into level 2 from April 26.

Sturgeon said: “It is fair to say there is no universal opinion here. However, based on the balance of opinion, we have decided on the latter option – aligning islands with the rest of the country.”

She said she expects islands to move to level 2 on May 17.

Loganair chief executive Jonathan Hinkles said: “We are heartened to see the Scottish government has set out a path to the safe re-opening of travel and tourism to and from Scotland’s islands – a move which has been made possible by the tremendous progress on the Covid vaccination programme. It is great news and can’t come a moment too soon for the parts of our islands’ economies which are hugely dependent on tourism.

“As the airline which has served island communities for over 50 years and which remains fully committed to what is our heartland, we are very much looking forward to supporting this re-opening.”