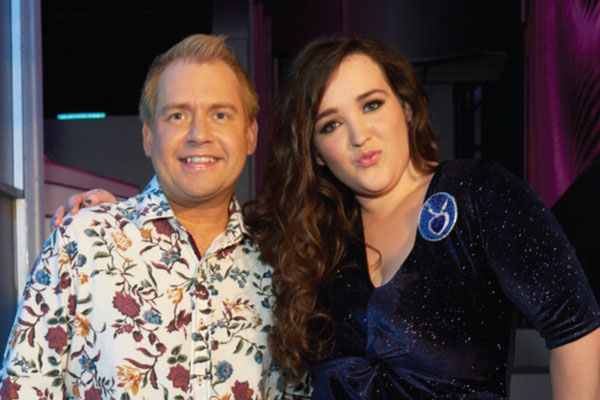 Fresh from his star turn on ITV’s Take Me Out, James ‘Rixy’ Rix talks to Natasha Salmon about his time in travel and finding love at work rather than in a TV studio.

Q. How did you begin your travel career?
A. I started working in travel when I left school and my first retail job was in Leeds town centre working for Thomas Cook. I started working for Cook in 1999 when I was 19. I then took a break from 2005 to 2007 to work as a rep for Thomson in Ibiza and Gran Canaria. After that complete madness, I went back to Cook until I joined Hays Travel in November 2015.

Q. What do you enjoy about your job?
A. I love finding holidays for people and Hays has been a great company to work for. I am currently at its Crossgates Shopping Centre branch in Leeds, but have also worked at Castleford and Shipley too. My favourite destination is Benidorm, you can’t beat it, and so many of my customers come back to get me to book it for them again and again.

Q. Two weeks ago, you appeared on dating show Take Me Out, tell us about your experience.
A. The whole build up and filming was surreal and amazing, but I loved it. It was a once-in-a-lifetime experience. I came down the lift to Heaven by DJ Sammy.
I just thought it’s one of those old school classics that everyone dances too –
I wanted everyone to be reliving Ibiza. I made so many friends from the show and I was a bit shocked really because Paddy McGuinness is such a genuine guy and so easy to speak with. It was filmed in November last year, when I was based at the Castleford store, so we have been waiting quite a while for it. They even filmed in the shop and my manager Laura Garner wouldn’t tell me what she said. My best mate also stitched me up, but it was all in good fun and I ended up with a date.

Q. Did you find love?
A. I went to the Isle of Fernando’s with Krystal, who is lovely, but there wasn’t any love. We’re just mates and keep in touch occasionally by text. I actually met my now girlfriend – Leashia Stubbs – a week after we did the filming and she works for the Hays Travel branch in Crewe. It just shows you, you can go looking for love but sometimes it just finds you.

Q. What is next for you? Do you plan to make any more television appearances?
A. I have always wanted to be in a soap opera, so who knows. Now I’ve been on TV my dream could come true and you could see me on the dales in Emmerdale or on the cobbles in Corrie.

Q. Have you had much customer/colleague reaction to your appearance?
A. I was sworn to secrecy for months, but when the show aired two weeks ago I got together with a few friends, we had a few bevvies and watched the show together. I have been recognised in the street but mainly by men. I was out at the weekend too and the DJ lowered the music to say we had a celebrity in the room, I looked around to see who and they meant me! I wouldn’t say I’m a celebrity but I am getting noticed.

Watch Rixy and Krystal on Take Me Out on the ITV Hub.

Get customers to try new experiences and new destinations if they don’t know where to go.

Know your customers, listen to them and enhance the idea of the holiday they want.

Don’t rule out Turkey. It is really popular and has so much to offer. Always offer FCO advice.