As APT marks its 90th anniversary and 35 years in the UK, director Robert McGeary recalls the progress of the Australia-based tours-to-cruise operator

Working with the trade remains as crucial for APT today as it did more than five decades ago, according to company director Robert McGeary.

McGeary said the trade was part of APT’s “core ethos and values” and had been since his father, Geoff, took over the business in 1964.

“My mother was our first sales rep and she went round the travel agents in Melbourne in the 1960s – that is where it all started,” he said.

“We have always been trade dependent and worked together. The relationship between us and the trade, plus the trade and our product,
continues to support us in this industry.”

McGeary said the success of the UK office, which opened in 1982, had been the result of agents working closely with the APT sales team.

“The UK market is an increasingly exciting venture for us, and having lived in the UK myself, it is quite close to my heart,” he added.

“Our UK market sales are up by 60%, and 80% of our UK sales come through the trade. I really don’t see that changing. If anything, I can see it growing.

“There is a real interactive relationship between our sales team and the trade, and this has meant it has been a success for many years.”

“The Travelmarvel product and APT Luxury have seen amazing growth in the UK,” said McGeary.

“We had an all-time record month in July, so I predict further growth in the UK market.”

Australian Pacific Touring can trace its roots back to 1927 when 27-year-old mechanic Bill McGeary turned a truck into a bus during a Melbourne tram strike.

In 1964, Bill’s son Geoff took over the business, developing its offerings of camping trips and escorted bus tours in Australia.

“My father changed the business from being about school runs to one about travel and leisure. He started organising coach trips to Sydney and tours to Ayers Rock in the early 1970s.

“I grew up with it. The Christmas parties when I was young were held in the bus depot. We’d go and climb on all the buses while the adults were at the party.

“We are very proud of our history and of our foundation. We’ve grown from a Melbourne-based company to have offices in London, New Zealand, LA and Toronto.

“There is a lot of trust and confidence within the brand and for the brand. We are seen as reliable.”

McGeary said the company demonstrated its organisational prowess in 1989 when it had to charter flights during an air traffic control strike to transport its tour customers.

The brand diversified further in the 2000s and began to sell river cruise in 2005 after investing in AmaWaterways.

It has chartered AmaWaterways vessels ever since and remains a shareholder of the company.

McGeary said: “All our success started from humble beginnings.”

To marks its 90th anniversary, APT hosted a VIP dinner in London on Tuesday. The preceding day, agents were invited to a cookery lesson with celebrity chef Luke Nguyen. 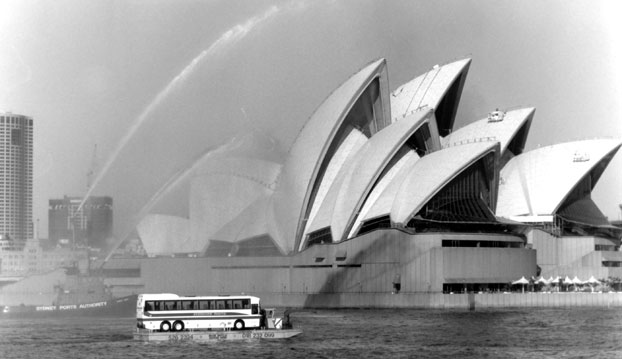