Say cheers to the tipples of the Caribbean with our guide to the islands’ most famous firewaters, says Jo Cooke.

In Jamaica it’s Appleton Estate, in Barbados Mount Gay, Brugel is from the Dominican Republic and English Harbour is Antiguan. Almost every Caribbean island has its own rum label.

The spirit is made from fermented, distilled sugar cane. Unsurprising, then, that it’s the drink of choice in a region with an abundance of the crop. It is the whisky of the West Indies – and you can sip the best neat.

However, the most popular way to enjoy it is as part of a rum punch. Every bartender at every bar has their own mix of fruit juices, spices and rums for the Caribbean’s signature cocktail.

To get a glimpse of the traditional rum-making process, clients can take a tour of the River Antoine Rum Distillery in Grenada. It dates back to 1785, and production is still done manually. Watch out for the taste test at the end, though, as the most potent varieties are up to 150 overproof.

Have a couple in Cuba

The largest of the Caribbean islands is not to be outdone when it comes to creating classic cocktails. Mojitos, daiquiris and, of course, the cuba libra all hail from these shores. Minty mojitos and fruity daiquiris are fuelled by potent white rum, while cuba libre is often made with the more syrupy dark rum, coke and a splash of lime juice.

“Minty mojitos and fruity daiquiris are fuelled by potent white rum, while cuba libre is often made with the more syrupy dark rum.”

One of these concoctions can be all it takes to encourage you on to the dance floor at Havana’s acclaimed live-music venues. Two or three drinks and you could be dancing salsa like a snake-hipped Cuban – or at least you might think that you are. 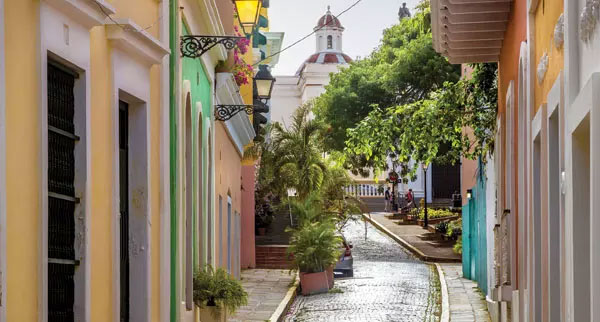 Raising a Pina Colada to the Puerto Ricans

After hurricanes Irma and Maria blasted this US-controlled West Indian island, in September 2017, the Puerto Ricans probably needed a few pina coladas as pick-me-ups. A monumental clear-up operation has seen the beaches, resorts and gorgeous capital spring back to life.

Show your support by ordering one of the world’s best-known creamy cocktails – a blend of ice, coconut cream, pineapple juice and white or dark rum – in the place where it was invented.

“A monumental clear-up operation has seen the beaches, resorts and gorgeous capital spring back to life.”

Enjoy it overlooking the majestic ramparts of El Morro fort or in a piazza nestled between the cobbled streets of Old San Juan. 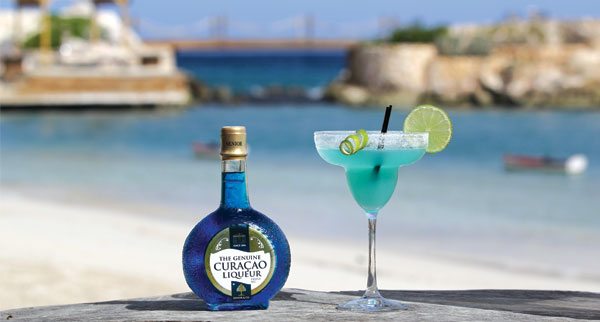 Make mine a Double Dutch

For a cocktail that reflects the colour of the Caribbean Sea and sky, look to the Dutch Antilles. Curacao, in the far-flung reaches of the southeastern West Indies, is the birthplace of blue curacao, a liqueur made from the peel of bitter oranges harvested on the island.

“The distillery is set in a historic landhuis, a former plantation estate home, and the self-guided tour and tasting are free.”

Suggest clients and cruise ship passengers alike head over to the Senior & Co distillery. It’s conveniently located just outside the capital Willemstad, which incidentally has an amazing swinging pontoon bridge and colonial architecture. The distillery is set in a historic landhuis, a former plantation estate home, and the self-guided tour and tasting are free.

Afterwards, grab yourself a blue lagoon cocktail, a swift hit of curacao, vodka and lemonade with an electric-blue hue. 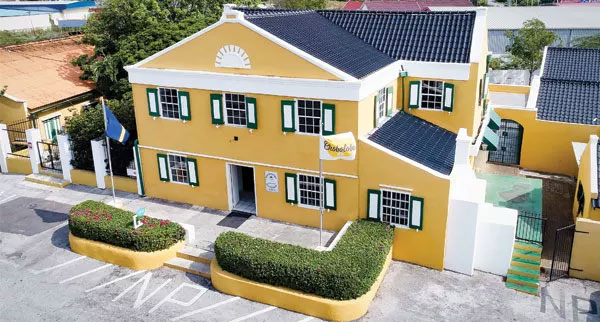 Find the bees knees in Nevis

A lobster may typically be paired with champagne, but if you’re a foodie who’s not into fuss, you could wash it down with a killer bee cocktail instead. Both are served at Sunshine’s Bar and Grill, a rustic shack on the long white sands of Pinney’s Beach, Nevis.

A killer bee looks innocent enough – a fusion of orange, pink and yellow in a tall glass, it resembles a sunset – but watch out, as it could knock your socks off, if you weren’t already barefoot.

“If you’re a foodie who’s not into fuss, you could wash it down with a killer bee cocktail instead.”

A dose of honey stirred into passion fruit and orange juices gives a sweet aftertaste that disguises the generous measure of rum and black pepper within. Make the most of the buzz by kicking back in one of the comfy chairs and listening to the sound of the lapping waves and lilt of old-school reggae. 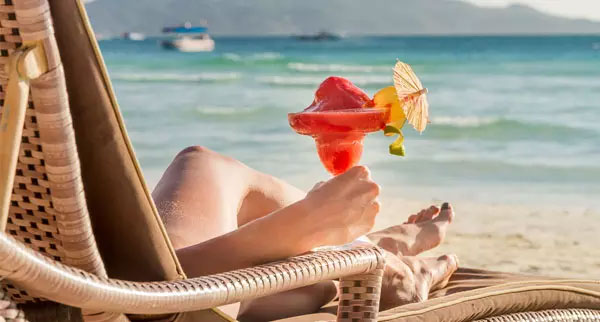 Four sheets to the wind in the BVI

Yachties do love a beverage, and as they, and day-trippers, sail around the British Virgin Islands, the legendary Soggy Dollar Bar on Jost Van Dyke is a popular port of call. Its name was coined after those anchoring offshore would swim the last few metres to this watering hole, and pay their bill with wet dollars as a result.

“Coconut cream, pineapple juice, orange juice and, of course, rum are shaken over ice with a sprinkling of nutmeg.”

The must-have cocktail in these parts is a pain killer. Coconut cream, pineapple juice, orange juice and, of course, rum are shaken over ice with a sprinkling of nutmeg. It’s perfect to sip as you sun yourself on a glorious cove of white sand and turquoise waters that look even better than those in the travel brochures.

Exploring Puerto Rico, the Caribbean’s hidden gem
The best swimming spots in the Caribbean
Back to nature adventures in Barbados