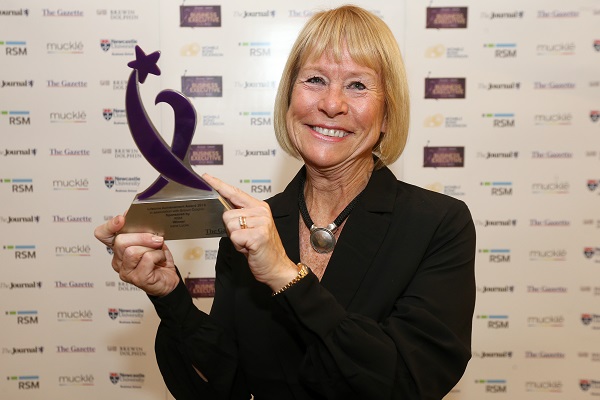 Irene Hays, chair of the Hays Travel board, has received a Lifetime Achievement Award from the business community in the north east of England.

She was given the award for her work as chief executive of both South Tyneside and Sunderland City councils where she worked closely with the region’s business community. Her career has spanned 42 years in local and national government, as well as the private sector.

As well as her top jobs at two councils, Hays has also held the post of director general for local government and regeneration with the Department of Communities and Local Government, and earned a CBE for services to Local Government in 2008.

The award was given to Hays at the North East Business Executive of the Year awards 2018 at Newcastle’s Civic Centre on Thursday – an event which honours the region’s business leaders.

Hays, whose husband John is founder and managing director of Hays Travel, said: “It was so unexpected because it was a business awards ceremony. At first I thought it was going to be John and then somebody else. It was an amazing night and I felt very emotional.”

Hays Travel is the UK’s largest independent travel agency with 171 retail shops and more than a thousand employees. This year, its sales topped the £1 billion mark.