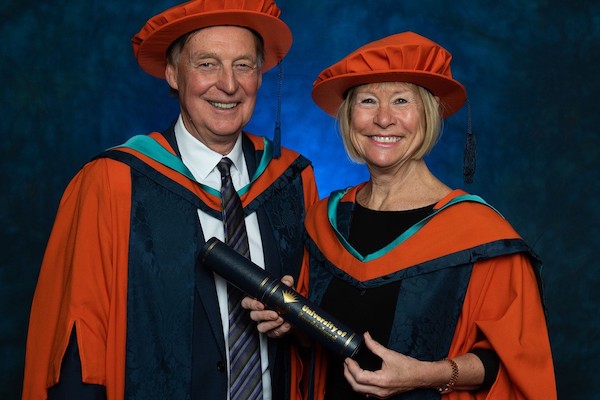 Irene Hays, the chair of Hays Travel’s group board, has been awarded an honorary doctorate in business administration from the University of Sunderland.

Her husband John – founder of Hays Travel – was also awarded an honorary business administration doctorate from the same university in 2010.

The doctorate honours her “outstanding contribution to civic leadership, and for supporting young people to reach their potential”.

The honour came only a week after she received a Lifetime Achievement Award at the North East Business Executive of the Year awards 2018.

Her career spans 42 years in local and national government and the private sector.

She has worked within and on behalf of different councils, including being chief executive, and she has been director general for local government and regeneration with the Department of Communities and Local Government.