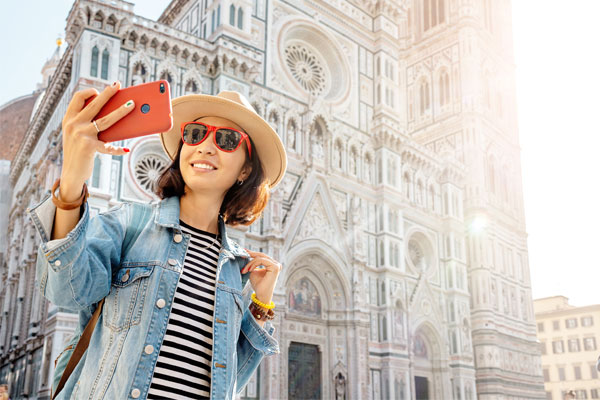 Laura French rounds up the best city breaks reachable in under three hours.

We’re a little spoilt living in the UK, on the doorstep of some of the most architecturally stunning, historically intriguing cities in the world.

While there are plenty of reasons to go long-haul, it’s far from being a necessity – you can experience a different culture, language and landscape within a few hours of leaving your house.

For clients who want to capitalise on that, we’ve picked some of the best destinations with a flight time of no more than three hours, from airports across the UK – including new routes from regional spots to give you an extra selling hook.

Why go: The heart of Tuscany, home of Michelangelo and birthplace of the Renaissance movement, Florence excels in art and architecture as much as it does food and wine, and wandering this city is nothing short of magical.

Getting there: Non-stop flights from Gatwick and London City can have you there in two hours, and indirect flights from Birmingham and Manchester take just under four.

“Florence excels in art and architecture as much as it does food and wine, and wandering this city is nothing short of magical.”

Book it: Jet2CityBreaks offers three nights’ bed and breakfast at the four-star Brunelleschi from £489 per person, flying from Birmingham on August 10.
jet2holidays.com

Why go: Pointed turrets poking into the sky, medieval walls framing historic plazas, Gothic cathedrals filled with elaborate interiors – Krakow is the stuff of fairytales, and it’s easily reachable from the UK, with a flight time of just over two hours.

Getting there: EasyJet, Ryanair, British Airways and Jet2 fly here (from Gatwick, Edinburgh, Stansted, Bristol, Heathrow and Manchester), and Wizz Air is adding routes from Birmingham, Luton and Doncaster Sheffield, making it more accessible from other areas of the country.

Highlights: Among the key attractions is Wawel Royal Castle, a medieval-meets-Renaissance behemoth that was home to a succession of kings and is now an impressive art museum; Rynek Glówny, the largest medieval town square in Europe, in the heart of the Old Town; and St Mary’s Basilica, all Gothic spires and kaleidoscopic interiors.

“Rynek Glówny, the largest medieval town square in Europe, in the heart of the Old Town.”

But it’s not all about fancy buildings and stately history; just as central to the city is Kazimierz, an old Jewish quarter that’s now a hotspot for trendy, creative types with one-off galleries, vintage shops and hipster bars framing cobbled streets. Outside the city there’s plenty to occupy too, including the Wieliczka Salt Mine, where huge, glistening salt crystals glow out from chambers, lakes and chapels deep under the ground.

Book it: Kirker Holidays offers three nights at the four-star Hotel Wentzl from £629 per person, including breakfast, private transfers and British Airways flights from Heathrow, plus the services of a Kirker concierge.
kirkerholidays.com 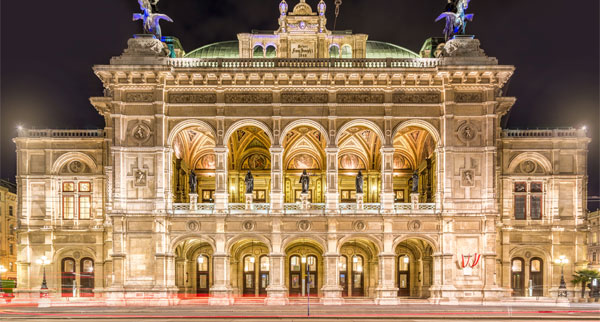 Why go: Everything in Vienna looks as if it belongs on a postcard, from its imperial palaces, left over from the Habsburg monarchy, to the horde of opulent concert venues that tell of its reputation as the capital of classical music.

Getting there: Direct flights whizz passengers over in about two hours from Luton, Stansted, Gatwick, Heathrow, Manchester and Birmingham, and Laudamotion is connecting Liverpudlians to the city this winter with a twice-weekly service from John Lennon airport.

“The Vienna State Opera is a palatial masterpiece decked out with lavish red-and-gold interiors.”

Highlights: Majesty seeps out from every nook and cranny, not least at the Unesco-listed Schönbrunn Palace, a sprawling baroque complex that was the summer residence of the monarchy, and the Hofburg, its winter counterpart, which houses an impressive silver collection. More where that came from can be eyed at the Imperial Treasury, home to emperors’ crowns and other glitzy artefacts, while no visit would be complete without visiting Mozarthaus (the former home of the composer) and the Vienna State Opera, a palatial masterpiece decked out with lavish red-and-gold interiors. That’s before we even get on to the Christmas markets, when colourful souvenirs, warming glühwein and other cinnamon-spiced treats send festive wafts swirling through the air.

Book it: Classic Collection Holidays offers three nights’ bed and breakfast at Hotel Bristol, A Luxury Collection Hotel, from £1,087 per person, based on two sharing a classic city-view room, including flights from Gatwick.
classic-collection.co.uk 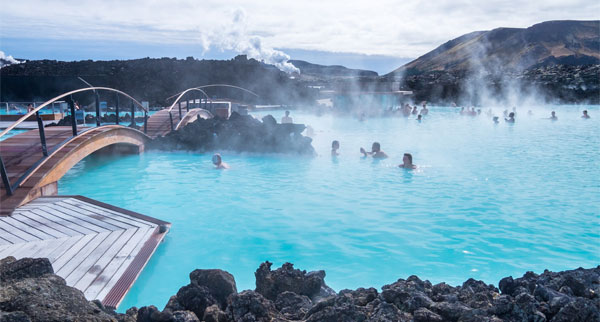 Why go: From the dancing swathes of colour that make up the aurora borealis to the steaming, aquamarine waters of the Blue Lagoon, Reykjavik brings a world of bubbling geysers, plunging waterfalls and rainbow-coloured rock formations to travellers – and it’s all reachable in about three hours.

Getting there: Direct flights depart from Manchester and Glasgow, as well as the London airports, so it’s easily accessible for those north of the M25.

Highlights: A plethora of museums gives this city appeal for culture-seekers, from the Reykjavik Art Museum to the National Gallery of Iceland, featuring shiny marble atriums and exhibitions drawn from a 10,000-piece collection.

Architecture fans will enjoy the Hallgrimskirkja, a pointed, sci-fi-esque church that dominates the skyline at every turn, while those after adventure can head out of the city to witness mud pools swirling, geysers spurting and whales rearing their tails above the inky blue ocean.

Book it: Super Break offers a package from £260 per person including flights from Luton and three nights’ bed and breakfast at the three-star Reykjavik Lights Hotel. An Ultimate Iceland package visiting the highlights of the Golden Circle and Blue Lagoon can be added from £311.
superbreak.com/agents 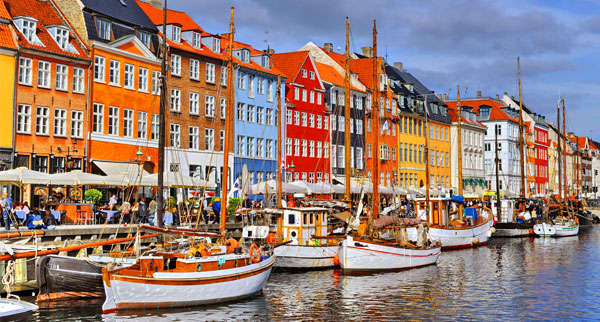 Why go: Green, clean and an A-lister on the culinary scene – it has 17 Michelin-starred restaurants to its name – the Danish capital embodies the best of Scandi vibes with culture, fashion stores and coffee shops on every corner, and it’s less than two hours from the UK.

Getting there: Copenhagen is well served, with daily direct flights from Manchester, Birmingham, Aberdeen and Edinburgh, as well as the main London airports.

Highlights: Historic Nyhavn is a must, with its rows of candy-coloured, doll’s-house-like homes lining the river, while the Amalienborg Palace (home of the royal family) and the winding spires of the Church of our Saviour add a dose of grandeur.

“Perhaps the most unusual attraction is Tivoli Gardens, the amusement park that inspired Walt Disney.”

Beyond the more touristy spots you’ll find hipster neighbourhoods such as Vesterbro and Nørrebro, home to galleries, boutiques and coffee shops. But perhaps the most unusual attraction is Tivoli Gardens, the amusement park that inspired Walt Disney and boasts picturesque gardens, historic buildings, daily live music and twinkling fairy lights, as well as historic wooden rides and rollercoasters.

Book it: Osprey Holidays offers two nights at the newly refurbished, four-star Copenhagen Strand Hotel from £415 per person, including flights from Gatwick and based on travel in low season.
ospreyholidays.com

Short breaks don’t have to be bound to a city. For clients looking to mix beach and culture, Tui suggests the little-known Kvarner Bay on Rab Island, Croatia, fringed by picture-perfect coastline and close to the castle-studded, Habsburg-era city of Rijeka. Tui Airways is starting weekly flights from Manchester and Gatwick in May.

For clients looking to discover a lesser-known part of Scandinavia, suggest Stavanger in southwest Norway, where historic wooden houses and culture-rich museums meet dramatic cliffs and rugged beaches. Wizz Air is launching a flight from Luton in September, joining other airlines’ routes from Aberdeen, Newcastle, Gatwick and Heathrow.