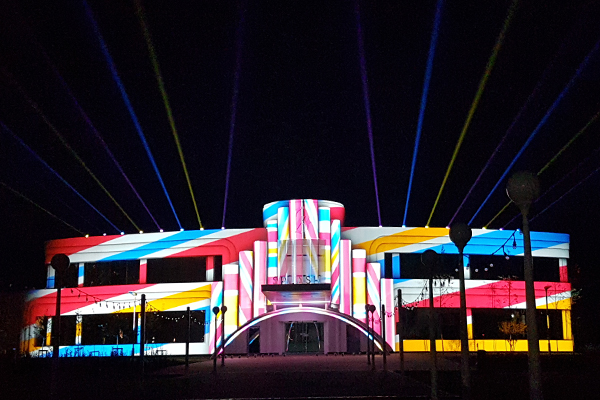 Butlin’s officially opened its £40 million swimming pool, Splash, with a light and projection show at its Bognor Regis resort on Wednesday night.

The light show, which was attended by founder Billy Butlin’s daughter, Jacquie Butlin, was projected onto the front of the art deco-style building in front of guests at the West Sussex resort.

The pool, which took two years to build, features the world’s first Helter Skelter water ride, as well as Stick of Rock Slides, Seaside Garden Rapids and a dedicated area for up to 5-year-olds.