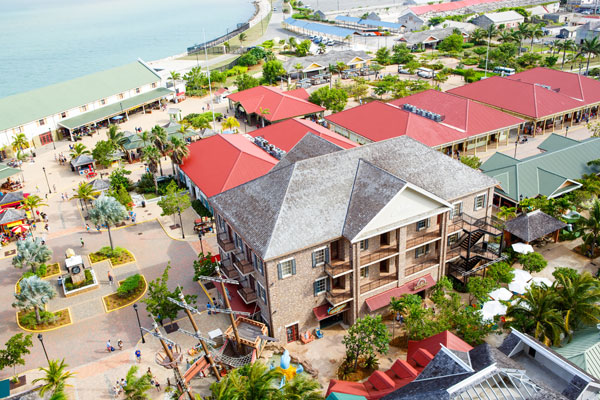 It’s easy to overlook the cities of the Caribbean, and only have eyes for the glorious sun, sea and sand that grace just about every brochure cover for the region.

However, if you encourage clients to take a day trip to the capital or an excursion to another urban hub, they can experience a completely different side to their holiday destination. There’s the chance to glimpse everyday life, sample the culture, dip into the history, not to mention getting stuck in to some serious shopping – and you might just boost your commission into the bargain.

The most striking cruise ship port in Jamaica, Falmouth envelops you in historical and architectural splendour, boasting street upon street of Georgian houses, many of them meticulously restored. Back in the 1700s, this was the most affluent spot on the island, and had mains water even before New York City did. Check out the square with a fountain at its centre, the ancient Anglican Church of St Peter, the former home of poet Elizabeth Barrett Browning, and the church named after fellow resident and abolitionist William Knibb, where shackles are buried in a coffin to symbolise the death of slavery.

Book it: Operating since 2011, local company, Falmouth Heritage Walks, gives group tours from $36 for adults and $18 for children, with 20% agent commission on bookings.
info@falmouthheritagewalks.com

It’s where Amsterdam meets the Caribbean, with pavement cafes lining up along the Sint Anna channel, which divides Willemstad in two. On one side the chic cruise ship port is a destination in itself – think international restaurant and fashion chains, a park and a cinema, all neatly tucked behind towering fortress walls. Cross the swing bridge to the east bank, and you’ll find a world of brightly-painted, classical Dutch townhouses, and narrow streets that lead to leafy squares. The floating market brimms with produce and seafood, plus there’s Mikve Israel-Emanuel Synagogue to visit, one of the oldest in the world. Finish your exploring on the Pietermaai waterfront. This up-and-coming district with boutique shops, hotels and lounge bars faces the ocean. 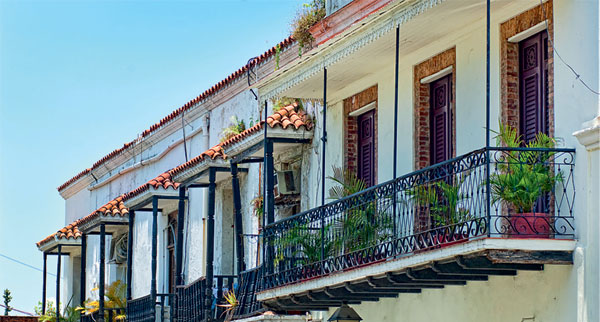 The country is praised for its astonishing beaches and luxury-for-less hotels, yet its capital city, Santo Domingo, is just as legendary. Established in 1498 by the Spanish, it was the first European city in the New World. Astonishingly, many of the original buildings remain and you can wander between them in the pedestrianized Zona Colonial. But it’s not just the old that’s amazing here, the new developments are pretty impressive too. Take a ride on the Caribbean’s only underground rail system, which opened in 2008, and check out the Columbus Lighthouse, completed in 1992 with a weirdly wonderful design in honour of the intrepid explorer. 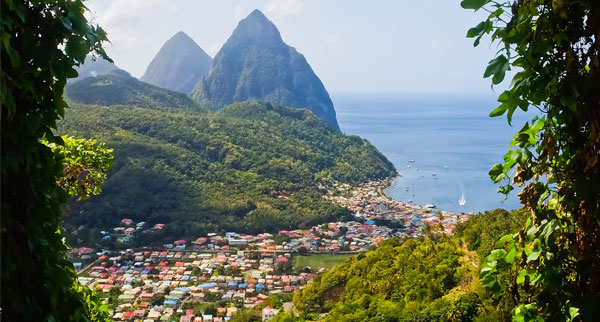 Soufriere, the former capital of the island, still has all the bustle of a city but with a village feel. Nestling in a valley and dwarfed by the Piton peaks, clapboard houses with gingerbread fretwork and wraparound verandas form a grid of streets where you can browse local shops or pick up authentic souvenirs. If you can smell a whiff of sulphur in the air, follow your nose uphill to the island’s collapsed volcanic crater, where geysers bubble and puffs of steam rise out of the earth like miniature clouds. It’s hot up there, but back down in Soufriere you can cool off at the palm-fringed beach.

Book it: Clients can arrive and depart by catamaran if you sign them up for Tui’s Tout Baygay tour, adults from £90 and kids £43.
gotui.com 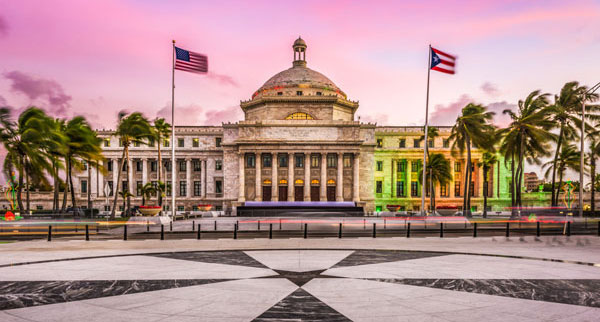 San Juan will delight culture seekers and night owls alike. In the watering holes of the old town, live bands and DJs fills the night air with music and dancers of all ages spill out onto the cobbled sidewalks and squares to salsa, cha cha and merengue until the small hours. It has to be the most romantic city in the Caribbean, too; walking along the city walls under the stars or dining by candlelight in one of the intimate restaurants housed in Spanish colonial buildings is a must. By day, visit the vast El Morro fortress or admire the Banksy-style murals that adorn ends of terraces, just footsteps from the Museum of Artand its sculpture garden.

Book it: Viator offers an Old San Juan Tour from £40 per person.
travelagents.viator.com

UB40 sang about it, Bob Marley lived here, and it was the stomping ground of buccaneers Captain Morgan and Bluebeard. Head to Port Royal harbour and you are standing where the real pirates of the Caribbean docked their ships ready to plunder passing merchant vessels. You can tour Marley’s former home, too, now a museum and take a selfie by his statue. Above Jamaica’s capital city in the Blue Mountains, coffee plantations produce some of the most expensive coffee in the world. Taste test it, then head for cocktails, or stay at Strawberry Hill hotel, a low-key celeb hangout that has a sweeping view of the city.

Book it: Funway Holidays offers a Jamaican food tour of Kingston and a Bob Marley Museum Tour, from £72 and £63 respectively.
funway4agents.co.uk

George Town, with its ladies-that-lunch vibe, has to be the swankiest of the Caribbean capitals. Pristine streets, a neatly paved promenade and spacious, oceanside restaurants give the right first impression, and whether you’re shopping for a Tag Heuer or a straw hat, you’ll find retail therapy options galore in the duty-free stores and friendly Craft Market. There are art galleries and antiques shops, too, but don’t get too carried away, or you’ll miss the Cayman Islands National Museum. An air-conditioned hub of entertainment and education, it recounts the history of the islands that once were home to more turtles than humans! 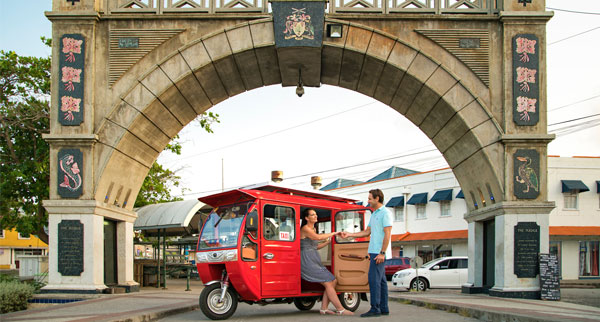 At first glance, the Bajan capital may have you thinking you had one too many rums the night before. With its Nelson’s column statue and Big Ben-style clock above the Parliament building, you could think you’re back home again. Bridgetown’s history is very closely linked with our own, as the professional guides on the Bridgetown Walking Tour will explain. Veer off the main drag into the historic back streets and you’ll learn about the early European settlers, the island’s rapid rise to riches and its journey to independence. Then there’s the cosmopolitan side of the city: markets, malls and speciality shops, the marina with its super yachts, and the elegant port-side eateries of the Carenage. It’s the perfect place to just stop and watch the world go by.