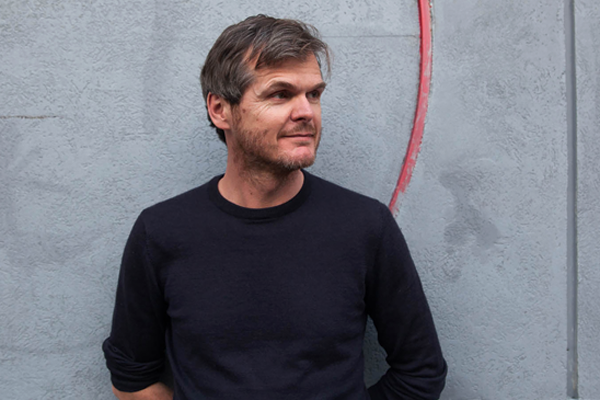 In the latest in our Mental Health Matters series, we ask Culture Trip founder Dr Kris Naudts what prompted him to put mental health at the heart of his travel and media start-up. Lee Hayhurst reports

Culture Trip founder Dr Kris Naudts has not had the most conventional of journeys to running his own company.

The clue to his story is the moniker Dr, which refers to his medical past and a successful career as a psychiatrist.

This background is driving his determination to ensure the travel, media and entertainment start-up sets standards for staff welfare and, in particular, mental wellbeing.

More: The tale of Culture Trip’s journey from Elephant and Castle

Naudts’ decision to embark on a seven-year medical degree in his native Belgium came when, aged 18, someone close to him died. The tragedy instilled in him a zeal to “be helpful in the world” and a compassion for other people’s welfare.

At heart, Naudts is a scientist and it was this characteristic that saw his early medical career veer away from general medical practice into genetics and neurosurgery.

He was involved in pioneering research on Parkinson’s disease in medical school where he came to realise the body parts he was interested in were all “above the neck”.

Then an eye condition left him with impaired vision. With a career as a brain surgeon ruled out, he considered psychiatry but found it too “wishy washy” and not analytical enough. However, after studying neurology, he returned to psychiatry, encouraged by a professor who agreed it needed a more scientific ethos.

Naudts threw himself in to his new specialism, studying the science behind conditions such as schizophrenia, depression, suicide and antisocial behaviour.

“I really loved it,” he says. “I felt great compassion for the people who were suffering, and I found the stigma they suffered unjust and unfair. It appealed to me to try to do something about that.”

Naudts completed four degrees and won a number of accolades, but soon realised he wanted to take his career to the next level at a centre of excellence abroad. By then with two young children, he opted for the Institute of Psychiatry at King’s College, London, and spent one of the happiest and most fulfilling years of his career commuting between London and Belgium.

“I was obsessive,” he said. “I only left the library twice to explore the city. With all the research going on, I absorbed everything like a sponge.”

Eventually, Naudts relocated to London with his family to take up a formal post at the institute, which he eventually combined with a medical director role at a new, private psychiatric hospital.

So, what prompted him to leave an impressive medical career to set up a company which struggled at first to survive before securing its future with $80 million funding last year?

Naudts says he’d started to feel unfulfilled as a psychiatrist, offering diagnoses and prescribing pills for problems caused by a complex interaction of biology, circumstance and personality.

“The challenge for me, and the reason I wanted to leave, was there may be an underlying biological cause but most of the consequences are social, emotional or cultural,” he says. “The consequences of being depressed play out at work, play out with your partner and in your personal life. Biology is just one aspect.

“Mental illness is a continuum; everyone is therefore vulnerable to an extent. We all have mild bouts of paranoia now and then; we all have days when we do not feel good or anxious. Prescribing drugs does work, but not always and not for everybody.

“So I became disillusioned. As a psychiatrist, you can only deal with one person at a time. Over a career, you might see a few thousand patients, but I felt I lacked overall impact.

As care professionals, you do not intervene in people’s private lives or reach into their workplaces, which is where they spend a large part of their lives, and where their problems often take root or play out.

“Now, if I see people suffering emotional illness or stress, I have the power to intervene and do something about the social aspects. What I’m doing with Culture Trip could potentially have a lot more of an impact.”

Naudts’ views on mental health and mental illness sit at the heart of Culture Trip, which aims to pioneer how firms should provide healthy and inclusive workplaces.

It is based on a belief that helping staff take better care of themselves not only benefits the company but also means they will give back to the communities they live and work in.

“We have a duty of care to keep stress levels to a minimum, although you cannot reduce them entirely, and especially not in a start-up, which inevitably has bigger-than-average levels of uncertainty and unpredictability,” he says.

“And there’s a level of stress inherent in working in a city like London, but people perhaps talk about mental health here more openly and readily.”

In a few years, Culture Trip has expanded rapidly from a handful of employees to more than 200 when it moved to new offices last year.

Naudts admits to still having the psychiatrist’s urge to intervene if he spots signs of anyone suffering in the business, but accepts he is no longer in a position to do so and that scaling his vision of a compassionate business culture is complex.

“I’m struggling with how to make people understand that all that compassion and empathy and understanding is there, but I cannot actually express or extend that in the way they would expect,” he says.

“This is a start-up business that needs to move and deliver results – that is a priority – not that it should take away from people’s wellbeing.”

Culture Trip’s progressive and radical polices on sick leave and flexible working are innately more difficult to manage than for physical illness or injury. And such an open approach may have costs, says Naudts, but they are outweighed by the benefits.

“People ask me if I am not worried about abuse, to which I say imagine, for example, that one in 10 people in Culture Trip, because of being so open about mental illness, might indeed abuse our policies around sick leave for mental health, but the wider benefit is still substantial,” he says.

Culture Trip even has a pioneering policy to recruit staff who have suffered mental health issues. This is not an approach solely born out of corporate social responsibility. The identity of the first such employee is unknown to Naudts and colleagues.

As well as work being therapeutic for sufferers, Naudts believes employees who have found ways to cope with mental illness are a potential asset.

“On a very simple level, work is a distraction from your life worries,” he says. “We all need some kind of sense of belonging, some sense of structure to mentally thrive. Life experience makes you a more rounded person and mental health problems accelerate that.

“I firmly believe that being confronted with your own vulnerability makes you a better, more connected, more compassionate person. It’s a strength.

“Suffering from anxiety or even depression, as long as it’s not too severe, is not a reason to be denied the benefits of being part of a workplace.

“I want to take diversity and inclusion to mean actively recruiting and employing people with common mental health problems. There is simply no valid reason not to. And it is not fair or just that employers would exclude them, not to mention the vast talent pool they’d miss out on.”

More: The tale of Culture Trip’s journey from Elephant and Castle