There’s something about Scandinavia and its cluster of big-name cities that just says ‘cool’ – laid-back vibes, eco‑conscious attitudes, world‑class museums and Michelin‑starred restaurants unite the likes of Copenhagen, Stockholm, Reykjavik, Oslo and beyond, bringing culture-hungry travellers flocking from far and wide.

But the region is overflowing with other towns and cities that don’t always get the limelight – where Viking heritage seeps out from cobblestone streets, kaleidoscopic houses line quaint old canals, and one-of-a-kind museums and galleries meet quirky boutiques and cafes.

Take Denmark’s Aarhus with its string of cultural festivals, Sweden’s Malmo with its young, hipster feel, Norway’s Bergen with its colourful wooden houses, or Finland’s Rovaniemi with its glittering snow scenes. Then there’s Andøya, the ‘whale kingdom of the north’, and Trondheim, where scenic waterways and Gothic streets play host to vibrant music festivals and colourful markets.

There’s plenty to see here, meaning even those who’ve visited all the top spots still have a reason to come back. And whether it was the Danish design, Swedish style or Arctic wonders that got them the first time, they’ll find an alternative to suit. Here are our top suggestions for those wanting to get under the skin of this photogenic region.

From candy-coloured houses to cutting-edge art galleries, via buzzing nightlife, fascinating history and an ever-growing food scene, the world’s most northerly capital packs quite the punch. Add in natural attractions such as bathing in the Blue Lagoon, whale watching in the wild waters off the Icelandic coast and seeing the cloud-like geysers churn in nearby Thingvellir National Park, and you have something of an outdoor playground. 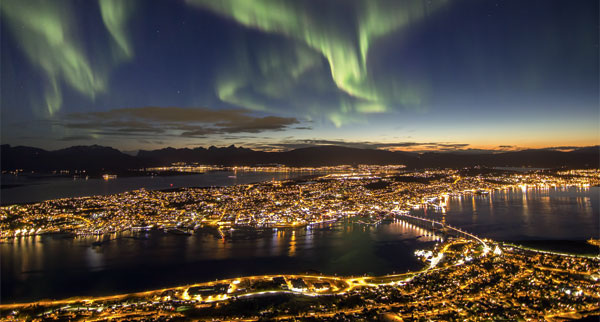 Why go: Norway’s gateway to the Arctic, Tromsø has its own cultural spots to boast about, not least the Arctic Cathedral, a triangular behemoth playing hosts to regular concerts. Its real draws, of course, are the natural phenomena. Dramatic fjords, snow-dusted peaks and rugged ocean form the backdrop for dog-sledding rides, fishing excursions and whale-spotting trips, with the promise of the northern lights to boot.

Top tip: Ali McLean, managing director of The Aurora Zone, recommends autumn for the best chance to spot the lights. “Geomagnetic activity causes the northern lights to appear in our night sky,” he says. “The months around equinoxes are almost twice as likely as solstices to have geomagnetic disturbances, meaning more displays.”

Book it: The Aurora Zone offers a three-night Autumn Auroras and the Crystal Lavvos trip, combining two nights at Clarion Hotel The Edge in Tromsø with a night in a glass-roofed Crystal Lavvo tepee, from £690, including airport transfers, some meals, a boat ride and more.
theaurorazone.com

Whether it’s exploring the cobbled streets of old town Gamla Stan, sipping a coffee in a hipster cafe or checking out the many museums that scatter its isles (with subjects ranging from Abba to warships, and Nobel prize winners to royal treasures), there’s no getting bored in Stockholm. Add excellent shopping, a world-class design scene and an emphasis on local ingredients in many of its restaurants, and there are few boxes this city doesn’t tick.

Why go: It’s not only Stockholm that excels in Swedish charm; Gothenburg holds its own with postcard-pretty canals, an atmospheric old centre and a generous handful of cultural sights. Attractions range from the Gothenburg Museum of Art – where works by Picasso and Monet meet artists from across the Nordics – to a state-of-the-art opera house and the Museum of Gothenburg, home to a Viking ship which sank in the 10th century. A handful of its restaurants boast Michelin stars, and there’s all the boutique shopping, coffee sipping, late-night drinking and waterfront wandering you’d expect from Sweden’s second-biggest city – without the crowds you’d get in the capital. 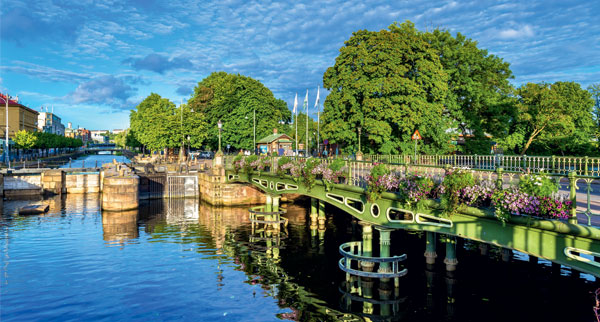 Top tip: “Gothenburg is filled with arts and crafts stores that are well worth a browse,” says Sue McAlinden, general manager for Best Served Scandinavia. “I’d also recommend exploring the canals by kayak to see the city from a different perspective.”

Why go: The Faroe Islands are something of an underrated cultural gem, and at their heart is capital Tórshavn. Like Copenhagen, it’s built around a picturesque harbour framed with pastel-coloured houses, with restaurants, museums and galleries along cobbled streets. There’s history by the bucketload: highlights include Skansin Fort, built in the 16th century to protect against pirate raids, and Tinganes, where houses topped with grass roofs occupy the site of the first Viking parliament. 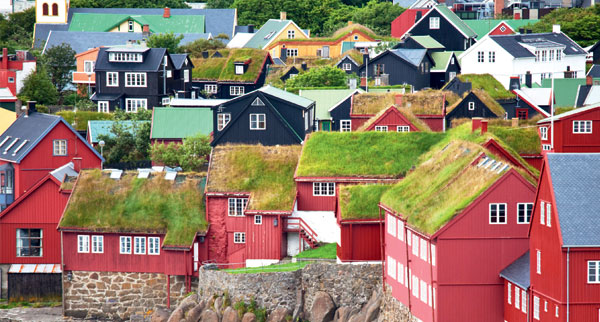 Top tip: “Tórshavn makes an excellent base for exploring the remote cliffside villages of the surrounding islands, with their colourful Nordic homes and unspoilt wilderness,” says Andrea Godfrey, general manager at Regent Holidays. “Driving through the undersea tunnel to Klaksvík and visiting the medieval churches of Kirkjubøur are both must-dos.”

Book it: Regent Holidays offers a five-day Faroe Islands Tórshavn Winter Fly-Drive package from £880, based on two sharing at Hotel Føroyar on a B&B basis, with car hire, transfers and flights from Edinburgh to Vágar.
regent-holidays.co.uk