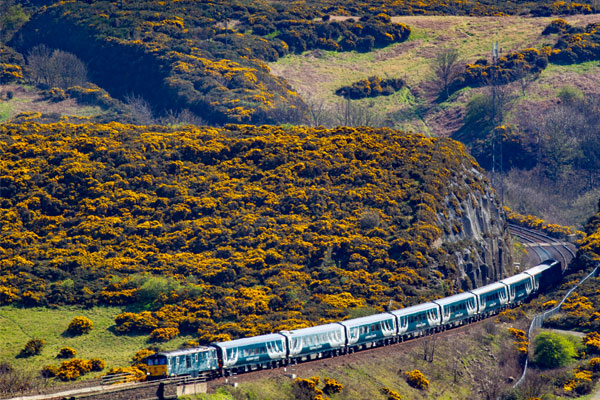 The Scottish Highlands are a place steeped in history and raw natural beauty, discovers Rachel Roberts on an escorted tour with Great Rail Journeys.

I’m having a distinctly David Attenborough moment. It’s 6am and as I brush my teeth, the unmistakable Scottish landscape passes by outside the small window of my Caledonian Sleeper cabin.

Native creatures, including red deer, sheep and shaggy-haired Highland cattle shelter from the morning drizzle in among the scrappy bracken and thick heather which carpet the vertiginous mountainsides.

It’s all the more surreal because, as part of the Castles and Wildlife of Scotland escorted tour with Great Rail Journeys, we’d boarded the luxury Caledonian Sleeper train (Tried & Tested, page 54) at Euston in the heart of the London metropolis the previous evening. The train is part of rail transport franchisee Serco’s new £150 million fleet.

After sampling delicious dishes in the sleek dining carriage – including award-winning haggis sourced from Cockburn’s of Dingwall (spicy!) and Scottish cheeses such as Mull of Kintyre Blue (tangy!) – we’d retired to our compact but modern cabins and been rocked gently to sleep as the train sped its way through the dark night.

About 11 hours later, a gentle tap on my cabin door had signalled the arrival of breakfast and our arrival into Inverness, a city huddled on the northeast coast and known as the capital of the Highlands. It’s here that the seven-night tour officially begins, although our condensed version sampled the highlights.

Stevie, our friendly coach driver for the next few days, drove us a short distance to the marina for our first experience – a definite selling point for agents. The Moray Firth, which flows from Inverness into the North Sea, is home to more than 200 bottlenose dolphins, plus grey and common seals, and harbour porpoise. Nature-loving clients will be delighted to discover they don’t have to travel thousands of miles for a dolphin‑spotting opportunity.

Dolphin Spirit Tours is one of the operators offering excursions, and although the mammals, which can grow up to 4m long, were reluctant to appear during our two hours on the water, our knowledgeable guide, Freya, kept us rapt with tales about a resident pod.

The company’s ethos is ‘passive’ watching, rather than chasing the creatures when there’s a sighting. In return, this has earned them the trust of the dolphins, as demonstrated recently when a female dolphin, known as Bonnie, brought her week-old calf alongside the boat to meet the crew. 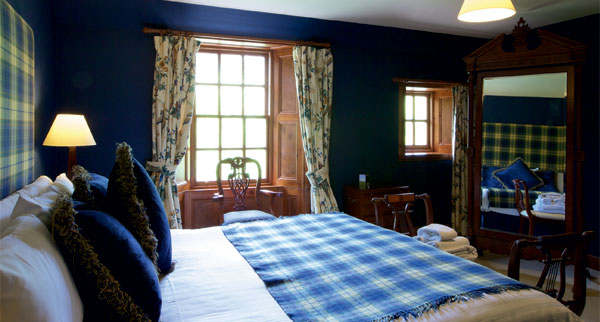 King of the castle

Tulloch Castle, just outside Dingwall and 15 miles from Inverness, was our rather grand home for the night. Passed down through generations of the Davidson clan, the fort is now owned by Bespoke Hotels. Part of its charm lies in the fact that the 20 en suite rooms – several boasting four-poster beds – are a little frayed around the edges, in keeping with the 900-year history of the place. Clients into their history will particularly enjoy the museum, housed in a hexagonal-shaped outbuilding, which can be visited on request.

Dining by candlelight in the castle dungeon was certainly a unique and atmospheric experience. Learning that some prisoners had come to a grisly end there couldn’t spoil our three-course meal – the sticky toffee pudding with cinnamon ice cream was divine.

A goose-bump-inducing ghost tour is another quirky selling point for clients. During an hour-long walk around the castle, we learnt about the Green Lady, said to be the friendly ghost of a young girl, Elizabeth, who died in suspicious circumstances. Apparently, she’s particularly likely to make her presence felt in room 15. A portrait of Lizzie and her family hangs in the Great Hall, to add further weight to the story.

High time in the Highlands

Returning to Inverness the next day, we boarded another train, this time bound for the Kyle of Lochalsh, on Scotland’s west coast. It’s a classic route and throughout the three-hour journey, we witnessed why it is billed as one of the world’s most scenic railway journeys.

Arcing across the Highlands, it cuts through seemingly limitless moors and around depthless lochs in the shadow of the Torridon Hills, before picking its way along the coast on its final stretch to Loch Alsh.

Close by lies Eilean Donan Castle, perched on a rocky outcrop at the head of Loch Duich – it might look familiar to fans of 1980s time-travelling film Highlander, starring Sean Connery, as many scenes were filmed here. The 13th-century fort played an important role in Jacobean history, and visitors can enjoy a self-guided audio tour around the remarkably restored interior.

Our final journey took us into the wilds of Alladale Wilderness Reserve, 55 miles north of Inverness, a place where mobile phone signals disappear and nature rules. Although reserve manager Pieter-Paul Groenhuijsen explained that their conservation work comes first and hospitality second, the Victorian manor house that serves as the lodge for guests boasts six characterful, high-end rooms. The intimate dining experience – a communal table with a buffet-style choice of delicious, locally sourced food – created a further sense of being cocooned.

We spent a glorious day exploring part of the reserve’s 60 square miles and learning about the ‘rewilding’ programme that is under way. This includes the planting of 30 million trees to replenish the decimated Caledon forest that once covered the entire area, plus an ambitious plan to reintroduce native wolves to this area of Scotland.

This environmental focus is sure to be a strong selling point to eco-conscious clients, as well as those looking for a chance to recharge their batteries before heading back – courtesy of the Caledonian Sleeper – to the hustle and bustle of the city and their everyday lives. 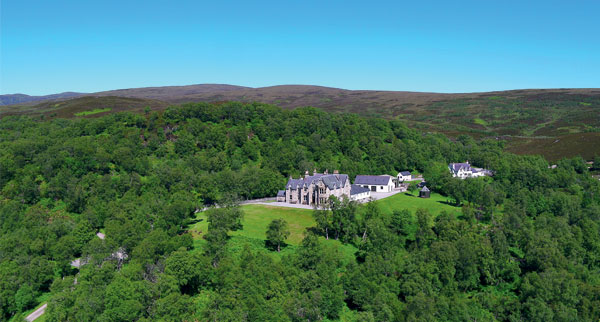 How to sell Scottish rail tours

• Hassle-free: A rail journey offers a chance to sit back and relax – all you have to do is drink in Scotland’s incredible scenery. It’s also possible to request ‘courtesy’ stops in remote locations to take photos.

• Rail romance: It will appeal to nostalgia lovers – there’s a real sense of romance attached to long rail journeys.

To shake up the old-fashioned image of the Caledonian Sleeper, which launched in 1873, Serco handpicked a specialist team with backgrounds in luxury travel, hotels and airlines – and it shows. Luxury en suite single and double rooms feature wet-room-style showers and handcrafted mattresses by Glencraft – which holds a royal warrant to supply Her Majesty the Queen.

Four USB ports in each cabin come with three handy ‘cradles’ to hold your mobile devices, while a control unit lets you adjust the room temperature, dim the lights and call the attendant at any time. We loved the complimentary toiletries produced by Arran – and the lavender and chamomile pillow mist spray added a real touch of decadence. Adjoining Classic Rooms can be turned into one space by unlocking an interconnecting door.

An extensive menu, featuring locally sourced produce and a range of wine, whiskies and cocktails, makes the dining carriage a destination, rather than just somewhere to grab a bite to eat. A shortened menu is available for room service.

Great Rail Journeys’ seven-day Castles and Wildlife of Scotland escorted tour starts at £1,505 per person including return travel on the Caledonian Sleeper, hotel accommodation, all rail travel and excursions, and selected meals. The final departure this year is on October 6, with more to follow in April, May, June and October 2020.
greatrail.com

The best short breaks beyond the city
What to do on the Inner Hebrides’ island of Mull, Scotland
Golf holidays in Scotland