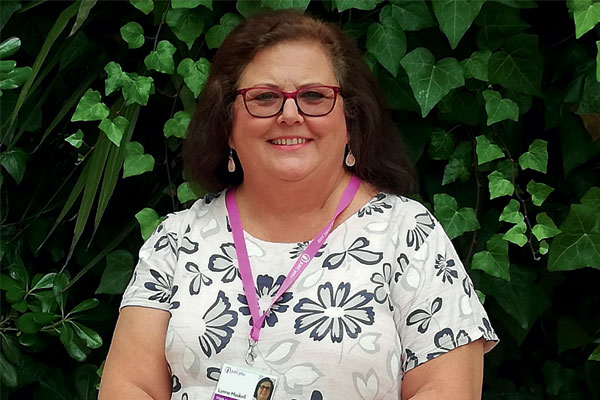 Q. How did you start leading tours for solo travel specialist Just You?
A. I joined the group in 2007 after redundancy from a career in HR and recruitment. I decided it was time for a change and I was used to working with people – plus, I used to go on escorted tours myself. My goal was to get someone to send me to Africa! I had to earn my spurs and get some experience first. I started doing short breaks in northern Europe – France, Belgium, Ireland, the Netherlands – and then gradually, I started working long-haul as well. South Africa and Namibia are my favourites – I love the safaris and the culture there.

Q. What attracts someone to a solo tour?
A. I don’t think there’s a typical customer, as people have different reasons for joining a tour. Most are more mature – in their 50s, 60s and 70s. But it’s not just single people – you get people who are widowed or divorced, but also some who are married or in a relationship. I’ve got one lady whose husband is an avid Formula One fan, so he goes off to do his thing, and she comes on a lovely holiday with us. Especially on long-haul tours, people who are carers for a partner that has gone in for respite care or is being looked after by children come because they need a break from a difficult situation at home.

If you have someone who’s new to solo travel, be mindful of how nerveracking it can be. On an escorted tour, you’ve got company when you want it, and the support of a group.

Q. How do you make sure the group gets on?
A. That’s the thing people are most fearful about before they travel with us for the first time – and even a second or third time. Before they go on tour, we have the Just You community on the website, and it’s amazing how many people go on there beforehand. I try hard to meet people at the airport. We also have reps, so if a customer is flying from a regional airport, there’s someone to help. On long-haul tours, we often include access to the airport lounge, so as soon as I’m through security, I go straight to the lounge – only to find that they’re already chatting. In fact, once we get off the plane and on to the coach, sometimes it’s hard to make myself heard because everybody’s talking, which is wonderful because these people have never met before. If you can do that at the beginning, you don’t have to do much more. We might have welcome drinks already planned, so by the end of the first evening, nerves are put to one side.

Q. What’s been your biggest highlight?
A. It’s lovely to see people come back, or when you have someone who’s been particularly nervous, and then by the end of the trip, they’re just really happy. On one tour, we were on the Zambezi River watching a herd of elephants, and it was so funny because the babies just couldn’t stand up. One particular lady was laughing so hard, it was pure joy. But what the rest of the group didn’t know was that she nearly hadn’t come. She had a situation with her family and nearly cancelled, so when she arrived, she wasn’t in a good place; then two weeks later, she was crying with laughter at some baby elephants. Then there are places like Angkor Wat – somewhere people have dreamed of visiting – and you stand there in the early morning with the sun gleaming and watch their faces light up. Seeing it through their eyes is just fantastic and hopefully that’s something that stays with people long after they’re home.

Q&A: Marsha-Ann Brown, head of romance, Sandals
Tours, cruises and hotels with no single supplements
What it’s like to be an Explore tour leader