Latin America brims with vibrant festivals, and it’s not just about the carnivals. Laura French seeks out some lesser-known options.

Does anywhere throw a fiesta quite like Latin America? From “the greatest party on earth”, Rio Carnival, to Mexico’s death-honouring Dia de los Muertos, via age-old indigenous festivals, extravagant float parades, colourful flower festivities and plenty beyond, this diverse, music-loving region has something to tick just about every box.

You could easily spend several years exploring its carnivals alone, with almost every country offering some form of Mardi Gras celebration in the run-up to lent – from egg, flower and water fights in Ecuador to folk dances in Bolivia, theatrical murga performances in Argentina to water-filled street parties in Panama – but there’s plenty beyond the February festivities, with enough revelry to fill an entire year’s calendar (and then some).

It’s not just about the bigger players, either. For those wanting to really get under the skin of the region you’ll find plenty of lesser-known alternatives; we’ve compiled a guide to some of the best.

Colombia’s annual Mardi Gras festival is every bit as extravagant as you’d expect from the world’s second biggest carnival, with a string of elaborate float parades and colourful street parties taking place across four days. The biggest celebrations take place in Caribbean coastal town Barranquilla, where performers shimmy on down to salsa, samba, cumbia and other local music, while weeping performers mourn the death of mythical character “Joselito” on the final day. 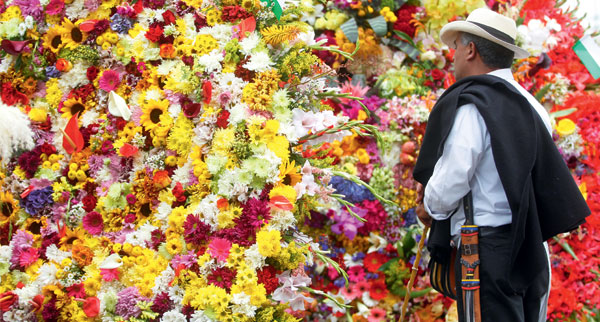 The background: It’s not just in February that the festivities descend on Colombia, though. Medellin turns into its own riot of colour every August, when the Feria de las Flores turns its streets into one ginormous, ultra-pretty florist – showcasing the country’s reputation as the second-biggest flower producer in the world.

Highlights: At its heart is the Silleteros Parade, when local flower producers march around the city carrying vibrant, exotic arrangements and sculptures – weighing up to 70kg and spanning up to five metres – on their backs. Open-air music and cultural performances take place across the city to mark the occasion, with firework displays, equestrian activities, a dog parade, classic car parade and improv singing battle among the plethora of other festivities that take place across the week. “It brings some of the country’s biggest growers together for weeks of celebrations, as they compete to for the most beautiful arrangement,” says Carmel Hendry, Explore product manager for the Americas.

Book it: Explore has a special Flower Festival departure on its 13-day Contrasts of Colombia trip, departing August 2, 2020 and priced from £3,770 including flights, accommodation, select meals and a group leader.
explore.co.uk 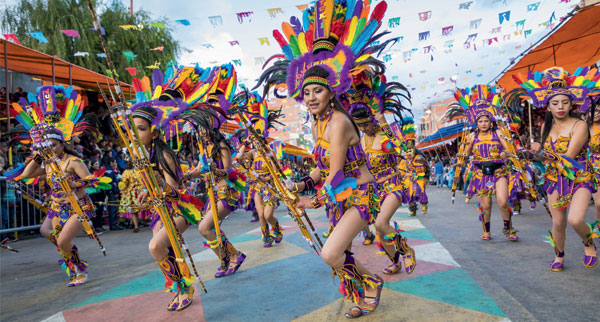 Combining ancient Andean customs with Catholic traditions brought over by the Spanish, Peru’s annual carnival – named an Intangible Cultural Heritage by Unesco – honours the patron saint of the city of Puno, the Virgen de la Candelaria. Music, dance and other folkloric displays from the Andean Altiplano take over the streets, with performers donning pre-Columbian costumes and devilish masks, and making offerings to Pachamama (“Mother Earth”).

The background: For an alternative glimpse into the country’s Andean cultures, look to Cusco’s Inti Raymi Festival, which dates back more than 500 years. The Incans believed honouring the “Sun King” Inti would reap good harvests, and would perform special dances and animals sacrifices in his honour; today it’s re-enacted in a day-long celebration on June 24. 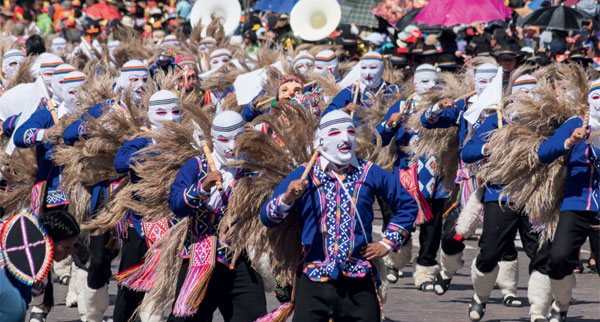 Highlights: The lead-up to the main event sees Cusco’s main square come alive with daily Andean music and dancing, plus parades, nightly firework displays and traditional Incan foods. On the final day, actors take on the roles of Inca representatives, praising the sun god Inti before making their way towards the ancient Inca site of Saqsaywaman against a dramatic backdrop of panpipes, horns and drums. “It draws thousands of visitors with colourful parades and dances and is well worth recommending for an authentic Latin American festival,” says Andrew Sullivan, assistant product and commercial manager for touring at Travel 2. 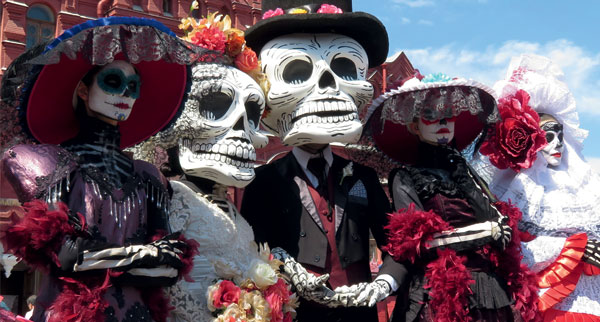 Death-honouring traditions, skull-strewn costumes and dramatic music performances; once an Aztec ritual, Mexico’s Dia de los Muertos is now one of the most talked-about festivities in Latin America. Celebrated across the country around All Saints Day (Novemer 1), it sees friends and family come together to decorate ancestors’ altars with colourful gifts while feasts and performers take to the streets, with Oaxaca and Mexico City holding the best-known celebrations.

The background: It’s not only Mexico that goes all out for All Saints Day; Guatemala has its own answer in the form of its ‘Giant Kite Festival’, which sees thousands gather in a graveyard in the small town of Sumpango to fly giant kites in honour of the deceased. 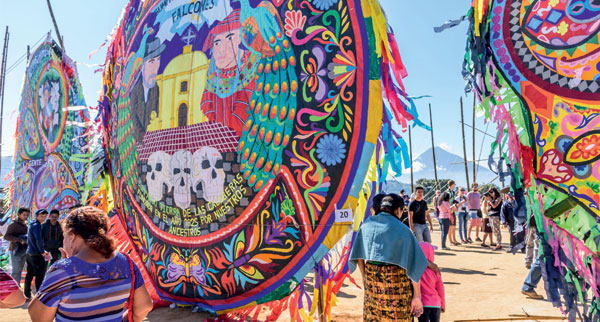 Highlights: Live music, street food and other festivities accompany the event, with kites – which span up to 20m in diameter – handmade by local villagers using paper, cloth and bamboo frames. “It’s a kaleidoscope of colour,” says Rafe Stone, product manager for Central America at Journey Latin America. “The designs are chosen carefully, featuring important cultural symbols, Mayan influences and protest art depicting government oppression and economic inequality.” There are prizes for the most creative and longest-flying, as well as various other festivities that draw those on the hunt for an authentic, historic experience.

Book it: Journey Latin America can include a visit to the festival on its tailor-made, 15-day Signature Guatemala and Belize: Culture and Caribbean trip, which starts at £3,126 per person including flights.
journeylatinamerica.co.uk