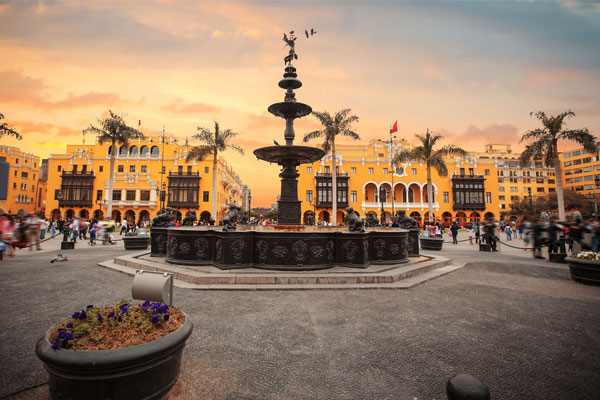 There’s nothing better than a city that surprises — and Lima does just that. It may be eclipsed by Cusco’s setting, Peru’s Inca ruins and the Amazon’s adventures, but you can’t beat this country’s capital for a peek into the nation’s psyche.

One of the richest cities in the world in its time, the City of Kings was founded in 1535 by Spanish conquistador Francisco Pizarro, and has been shaped by colonisers, indigenous cultures and immigrants ever since — and an earthquake in 1746 that all but destroyed it.

Rebuilt and recovered, Lima’s centre has been smartened up in recent times. It’s a city with a brilliant bar and restaurant scene, excellent galleries and museums, grand squares and avenues, and distinct neighbourhoods. Better still, it’s on the Pacific coast. 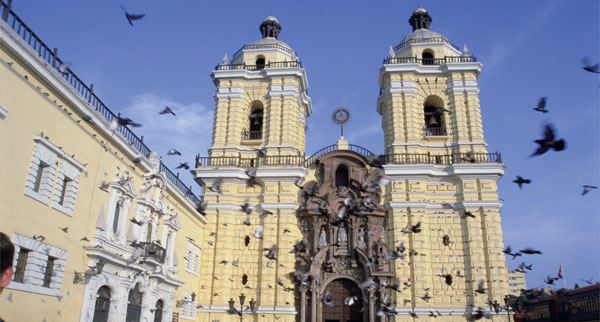 Guests with more time should fit in a visit to the Inca temple complex of Pachacamac.

12.00: The city is a hotspot for Inca and pre-Inca sites, such as the staggered, adobe pyramid of Huaca Pucllana, built between 500AD and 700AD in the San Isidro neighbourhood and boasting an excellent on-site restaurant. Guests with more time should fit in a visit to the Inca temple complex of Pachacamac, located half-an-hour south of the Miraflores neighbourhood, followed by dinner at the nearby, open-air elevated Dinner in the Sky Peru experience, which offers views over the ocean and Pachacamac. 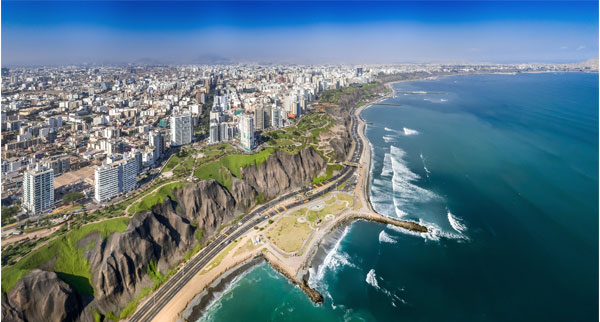 17.00: Magic Water Circuit is Lima’s nightly illuminations show. Open until 10.30pm, it holds a Guinness World Record as the world’s largest fountain complex, with 13 fountains synchronised to lasers and music. 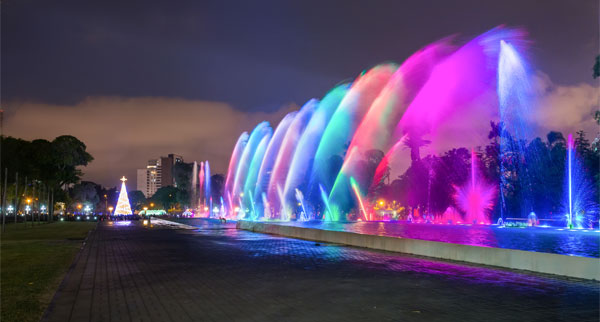 19.00:Urban Adventures’ Lima Night Bites & Sights tour is a tasty introduction to the city’s street-food and bar scene. If you’re after more of a sit-down affair, dine in Miraflores or San Isidro, where you’ll find renowned restaurants such as Maido (Japanese-Peruvian fusion), Panchita and Astrid y Gastón. Or try Lima’s chifa restaurants for Peruvian-Chinese cuisine, a result of Peru’s million-strong Chinese community. Head to Barrio Chino for Madam Tusan, created by Gastón Acurio, the chef behind Astrid y Gastón, or try Kuo Wha Gardens, the oldest chifa in Miraflores.

Bar Piselli is one of the city’s oldest, while Gran Hotel Bolivar serves legendary Pisco Cathedrals.

22.00: If you’re after local beer, a pisco sour, chicha de jora (corn beer) or a chicha morada (purple corn drink), you’ll find plenty of good bars to satisfy. Bar Piselli is one of the city’s oldest, while Gran Hotel Bolivar serves legendary Pisco Cathedrals, with five ounces of pisco brandy in them. 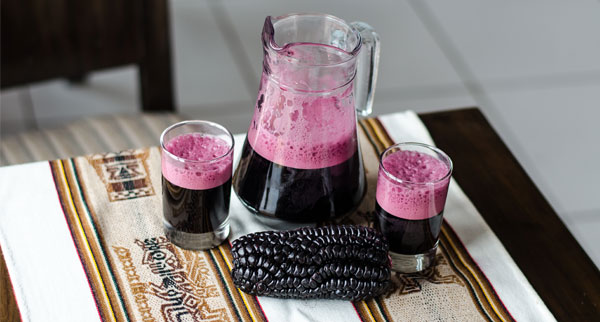 09.00: The bohemian street-art-packed neighbourhood of Barranco is worth a visit. Once a weekend retreat for the wealthy, it’s now one of the best places to stay in Lima, featuring gems such as Hotel B with its art collection and fine dining, beautiful Villa Barranco, and many belle époque mansions now transformed into hotels, shops, bars, restaurants and art galleries.

11.00: For a culture fix, visit the MATE, which has the world’s largest collection of photographs by Mario Testino, and the Pedro de Osma Museum, featuring art from ancient Peru. Other museums include MAC, with its collection of post-1950s national and global art.

Once a weekend retreat for the wealthy, Barranco is now one of the best places to stay in Lima.

13.00: Marvel at the wide array of fruit, vegetables (there are more than 300 varieties of potato in the country), fish and herbs at one of Lima’s atmospheric markets. Then sit down to lunch at La Picanteria (which translates as ‘traditional lunchtime restaurant’), owned by respected chef Hector Solis, where meals are prepared according to that day’s best produce. 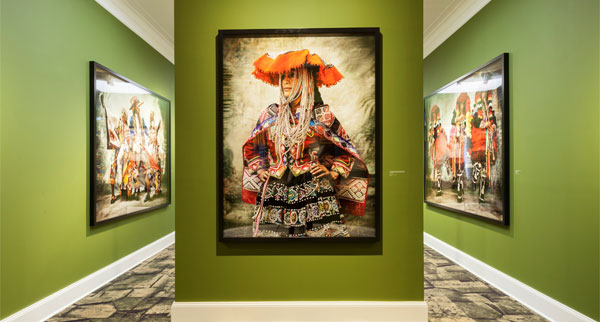 15.00: Barranco is a wonderful place to pick up gifts. If it’s the weekend, Barranco’s market is a fun place to browse, with live music, street food and stalls scaling the steps to the seafront. The neighbourhood’s new B-Art shop in the Hotel B sells accessories and jewellery handmade from local materials, such as alpaca wool, silk, ceramic, silver and gold.

17.00: Enjoy an ice cream at Blu Gelateria, one of Barranco’s best-known parlours. Walk past Barranco’s very own Bridge of Sighs down to the beachfront, or stroll along the clifftop walkway for scenic views.

20.00: Book well ahead if you want to eat at Central. Celebrated Peruvian chef Virgilio Martínez recently transferred his deservedly popular restaurant to Barranco, where he continues to serve dishes with a twist on traditional Peruvian ingredients from all altitudes and regions. Barranco is full of restaurants; try the delicious ceviche – served amid football memorabilia decor – at Canta Rana. 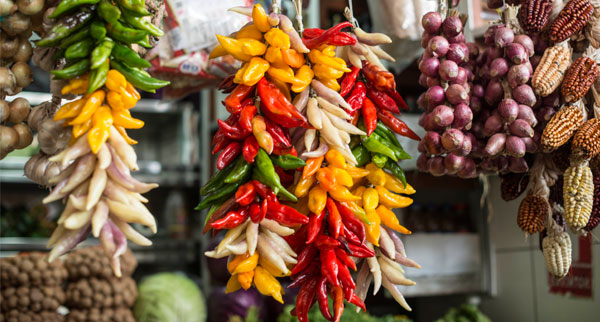 Food: Rolf Stanley, Lima resident and Latin America destination manager for Tucan Travel, has one answer for anyone wondering why to visit Lima. “The food!” he says. “The diverse cuisine is incredible, and Lima has everything from small food markets to upscale restaurants. Being on the coast, it has some of the best seafood in Peru.”

Families: The coastal setting is a key draw for families. “When ‘historied’ out, families can take a boat trip to the Palomino islands in Callao Bay,” says Ed Paine, founder of Last Frontiers. “It’s home to sea birds and Humboldt penguins, and you can swim with sea lions.”

July and August are perfect for Machu Picchu but can be grey on the coast.

Hotels: The hotel scene is booming with newcomers such as Manto Hotel Lima MGallery, a five-star boutique hotel in San Isidro, and the colourful Casa Republica in Barranco. Direct British Airways flights have made Lima more accessible. Avianca connects to Cusco and Lima via Bogotá, while many European carriers fly to Lima via their hubs.

Weather: December to April is a great time to visit. From May to November, a grey sea mist looms over the city. Real World Holidays’ Dan Clarke says: “Lima gets a bad rep, partly because people tend to visit in July and August. That’s perfect for Machu Picchu but can be grey on the coast. But in their summer, everyone’s outside or at the beach. It’s a fantastic, fun city. 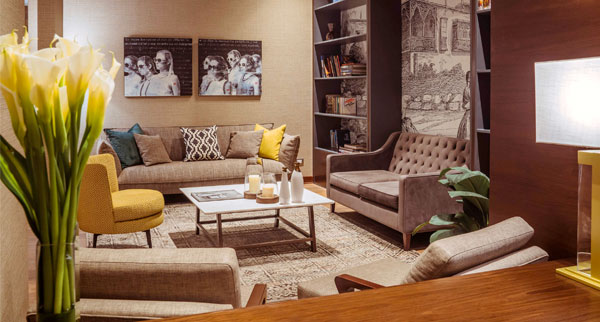 Abercrombie & Kent offers a three-day food-themed Lima experience from £575 per person. The price includes pisco tasting, a visit to a market and cooking lesson with a Peruvian chef, as well as two nights’ hotel accommodation.
abercrombiekent.co.uk

Cox & Kings has a four-day Lima package from £595 per person, which includes a city tour and three nights at Arts Boutique Hotel B in Barranco. coxandkings.co.uk

Chimu Adventures’ four-day Discover Lima itinerary starts at £495 per person and includes three nights at Casa Republica, a city tour and a trip to Pachacamac.
chimuadventures.com