Wondering which destinations to watch next year? Katie McGonagle rounds up our pick of the best.

It’s been a tricky year for travel as lack of consumer confidence, climate-change controversy, bags of Brexit drama and a snap election have all taken a toll on your customers’ desire to book a break away.

That pent-up demand has to go somewhere though, so a forward-thinking agent would be wise to have a few options up their sleeve for clients who decide they’ve delayed long enough and finally want to get away.

With that in mind, here’s our pick of some of the hottest destinations for 2020.

“The buzz around the Rugby World Cup and Abta’s Travel Convention put Japan in the spotlight this year, but it was no flash in the pan.”

The buzz around the Rugby World Cup and Abta’s Travel Convention put Japan in the spotlight this year, but it was no flash in the pan. Next summer’s Tokyo Olympics, a new Finnair flight to ski hub Sapporo and a host of hotel openings will keep the momentum going well into 2020. Matt Spiller, agent sales manager for InsideJapan Tours, says: “The Rugby World Cup was a successful time for InsideJapan and for trade sales, with about 40% of the bookings coming from agents old and new.”

While other emirates have made great strides in gaining recognition, Dubai is still the mainstay of tourism to the UAE – and never more than next year, when Expo 2020 comes to town. The six-month world’s fair kicks off in October, celebrating arts, culture and innovation across 192 country pavilions, more than 200 restaurants and 60 live shows each day, offering repeat visitors a good excuse to go back.

“The Nile is back in vogue as the darling of the river-cruise world.”

When the Foreign Office reversed its ban on flights to Sharm el-Sheikh in October, rekindling sales of a much-loved winter-sun spot, it topped off a great year for Egyptian tourism. The Nile is back in vogue as the darling of the river-cruise world, with ship refurbs including the Sanctuary Nile Adventurer, plus plans for new vessels from Viking and Uniworld next year, and AmaWaterways in 2021. Abercrombie & Kent cites the much-delayed opening of the Grand Egyptian Museum in Cairo and new film of Death on the Nile as other reasons for that interest to be sustained next year. 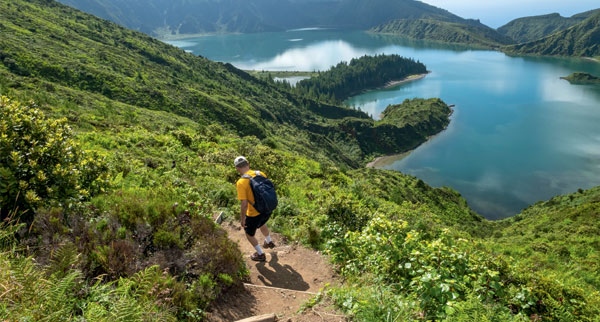 The Portuguese tourist board has gone to great pains to reassure the trade that UK visitors will receive a warm welcome post-Brexit – even coining the phrase #Brelcome – and it seems to be paying off. Whether cycling in the Algarve or surfing off the coast, hiking in the Azores or visiting ancient ruins in the Alentejo, Portugal is benefiting from a growing appetite for adventure. On top of that, Jet2.com has introduced twice-weekly flights from Manchester and Birmingham to Lisbon, starting in April.

“South Wales is the fastest-growing region overall and the Cotswolds and Yorkshire the best-performing areas in England.”

As the no-fly revolution gains traction and poor exchange rates mean holidays at home offer better value, it’s no surprise to see the UK earn its spot on this list. Expedia reported 10% growth in year-on-year demand for domestic breaks in July, August and September, with South Wales the fastest-growing region overall and the Cotswolds and Yorkshire the best-performing areas in England. Prestige Holidays is backing the region for 2020 with a much-expanded Closer to Home programme that now covers Scotland, Northern Ireland, the Channel Islands and Isles of Scilly among a mix of city breaks, self-drives and group tours. 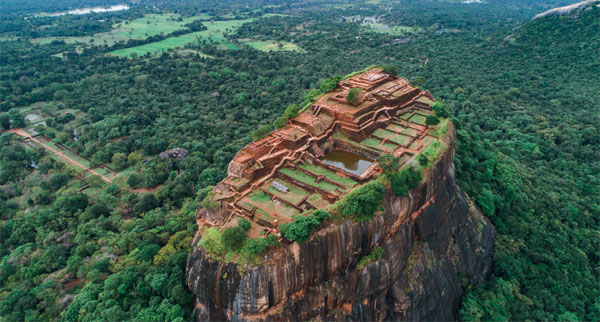 After a tumultuous year for tourism – devastated by the Easter bombings and subsequent Foreign Office advisory against travel – demand is slowly creeping back. Sam Clark, co-founder of Experience Travel Group, says: “Against all the odds, Sri Lanka is rebounding from the setback it suffered in 2019 to once again be the in-demand destination for 2020. With the England cricket team touring in 2020 and more of the country becoming accessible due to road openings, 2020 looks like being a bumper year for this incredible country.” Book now to make the most of free visas until the end of January.

“Against all the odds, Sri Lanka is rebounding from the setback it suffered in 2019.”

It’s on the other side of the world, but Nicaragua’s fortunes have followed a similar path to Sri Lanka’s. It was the rising star of central America with operators reporting their best-ever bookings until, in April 2018, anti-government protests prompted a Foreign Office ruling against all but essential travel. That was lifted in February this year, and the upswing has already begun, with several adventure operators reporting a resurgence for 2020. “Journey Latin America is seeing an increasing level of pent-up demand return to Nicaragua,” says head of product Stuart Whittington. “We have it completely back on sale and numbers are swiftly returning to the levels they were seeing before the troubles.” 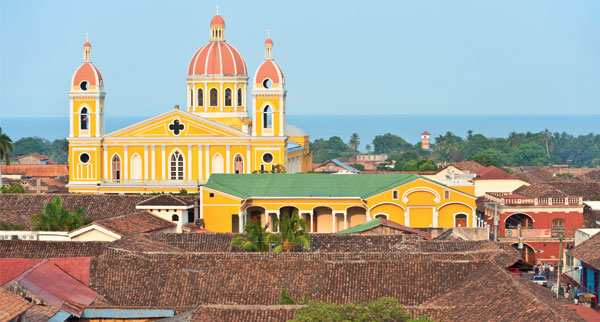 For years, expedition cruising lurked at the fringes of the ocean-going gang, a more expensive, more intrepid alternative open only to those willing to brave the vagaries of the Drake Passage on a dreary, ex-Russian trawler. Not so now, with Clia holding its first Expedition Cruise Forum this year and luxury lines falling over themselves to get into Antarctica. Among the new vessels this year were the game-changing Scenic Eclipse and hybrid-powered Roald Amundsen, and with more on order for 2020 from the likes of Seabourn, Silversea Cruises and Ponant, Antarctica is on the up.

“Among the new vessels this year were the game-changing Scenic Eclipse and hybrid-powered Roald Amundsen.”

Tipping the Silk Road for success is rather like saying Game of Thrones is the next big thing – true, but about five years late. Yet where attention previously fell on the ‘Stans in central Asia, Georgia and neighbouring Armenia are starting to grab the limelight, with the former nabbing a sought-after spot on Abta’s list of destinations to watch in the Travel Trends Report 2020. G Adventures has seen a 44% increase in travel to Georgia over the past three years, and believes low-cost flights with Wizz Air and Ryanair, along with global attention as host to the World Tourism Organization in June, will secure its ascent. 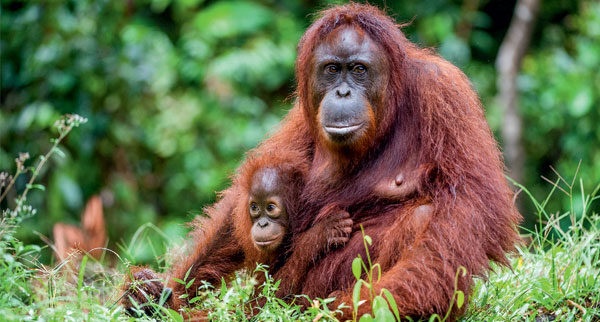 What Joanna Lumley did for the Silk Road, Judi Dench did for Borneo with her ITV series, sparking a surge in enquiries from customers wanting to recreate her wildlife-filled journey. Titan Travel product manager Cassie Stickland says: “Titan is seeing an impressive 345% year-on-year increase in passengers travelling on its 13-day Wild Borneo escorted tour. Following Judi Dench’s recent trip to Borneo, Titan has seen a huge spike in interest and, combined with it being one of our highest customer-rated tours, it’s set to be one of our hottest tours for 2020.”

“What Joanna Lumley did for the Silk Road, Judi Dench did for Borneo with her ITV series.”

Some might say it’s the favourable exchange rate with the rand, others increasing air capacity since BA added direct flights to Durban in October 2018, but the real reason South Africa continues to outperform the market is its popularity with all types of travellers. It’s in the top-five best-sellers for Emirates Holidays’ tailor-made programme, likewise for On the Beach’s long-haul winter-sun escapes; it’s rising in popularity with Topdeck’s millennial customers, yet G Adventures has just introduced a new family tour here. Look out for product in lesser-known provinces such as Limpopo and Mpumalanga, including Noka Camp from Lepogo Lodges, a not-for-profit luxury property that opened in September in Lapalala Wilderness Reserve. 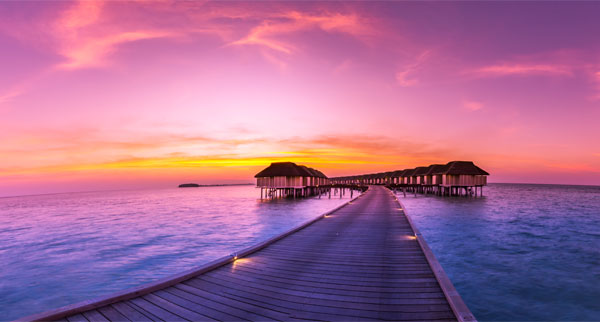 Another year, another host of resorts opening their doors in the Maldives, and 2020 is no exception, hence Kuoni tipping it – and the Indian Ocean as a whole – for further growth. Hot on the heels of 2019 openings including the Hard Rock Hotel Maldives, Varu by Atmosphere, JW Marriott Maldives and Emerald Maldives Resort & Spa, there are further properties – including a new Ozo Maldives private-island resort – on the horizon.

“Albania is a little-known gem that is practically on your doorstep.”

The holy grail of adventure is uncovering a little-known gem that is practically on your doorstep and Albania is one of those, hiding in plain sight between Greece and the Adriatic Sea. Explore’s sales of the Balkan state have grown by an average of 20% per annum over the past four years, with the operator dubbing it ‘the new Croatia’. Ellie Marr, Albania travel specialist for Regent Holidays, says: “Popular among seasoned travellers looking for an alternative Mediterranean holiday, the former communist state offers abundant cultural heritage sites, rugged coastline and wild landscapes, as well as unique cuisine blending Turkish and Mediterranean influences.” 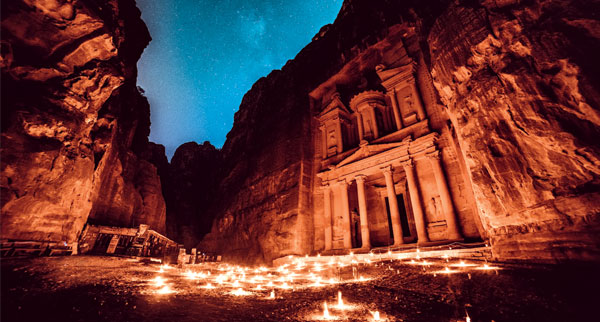 A 76% spike in sales is as sure a sign as any of a destination on the rise, so the fact that Explore posted such a year-on-year increase in bookings for its Treasures of Jordan tour in 2019 – with every indication the trend will continue – is telling. Exodus Travels’ bookings are also “bouncing back” and the operator has introduced a tour pairing Petra and the Dead Sea with neighbouring Israel, while Hayes & Jarvis has added week-long tour A Biblical Journey through Jordan for 2020.

“The Plymouth 400 celebrations kick off on April 24 and continue until November.”

It’s time to brush up on your US history as next year marks the 400th anniversary of the Mayflower’s sailing from Plymouth to its namesake Plymouth Bay in Massachusetts, an occasion marked each year at Thanksgiving. The Plymouth 400 celebrations kick off on April 24 and continue across New England, until
the anniversary of the ship’s arrival in November.

• Barbados: Following the shock of Virgin Atlantic pulling its Saint Lucia flight, the airline’s increase in capacity for its Manchester- Barbados route from two to three times a week next summer was a welcome vote of confidence in the region, alongside new investment in upgrading tourist attractions such as Harrison’s Cave.

• Austria: Capital Vienna – another highlight of Abta’s Travel Trends Report 2020 – is still basking in the glory of Beethoven’s genius 250 years since the composer was born. Music lovers can combine Beethoven with the birthplace of the waltz  on a new Shearings Holidays tour offering the chance to see André Rieu and explore the city’s musical heritage.

• Ireland: Worried about your carbon footprint? Swap the flight for a ferry to Ireland, where harbour city Galway will be European Capital of Culture 2020. It’s worth noting that Ireland is part of the Common Travel Area, so passengers need not worry about any disruption post-Brexit.

• Bhutan: Few places are as shrouded in mystery as Bhutan. But with operators dipping their toes here – Experience Travel Group has seen “incredible demand” from agents since introducing the Asian country this summer – and the opening of five Six Senses boutique lodges, Bhutan topped Lonely Planet’s Best in Travel 2020 list.

• Australia:Austravel is predicting Queensland will come to the fore next year as the country marks 250 years since Captain James Cook landed on its shores. The anniversary will be celebrated with events including a festival in Cooktown in July, and a circumnavigation of Australia on a replica of Cook’s Endeavour.

Lesser-known vibrant festivals in Latin America
The best things to see, do and eat in Manila
Exploring Macao beyond it’s glitzy casinos