Indonesia’s vibrant capital has a fantastic jazz scene, brilliant museums and a host of recent hotel openings, including an Alila last year and a Park Hyatt, Waldorf Astoria and Langham to come later this year. Set on the northwest coast of Java, it’s every bit as fast and furious as you’d expect of Asia’s great urban hubs – and that’s just the traffic. But there are now more reasons than ever for guests to venture farther afield to explore this exciting city.

08.00: Kick things off with a visit to the National Museum of Indonesia, a palatial building resembling a Grecian temple. A good place to start is the beautiful courtyard. It’s home to a priceless collection of ancient Indonesian statues dating back to the 13th century. Elsewhere, there are galleries dedicated to everything from textiles to ethnology, and notable exhibits include neolithic-era tools found in West Java, along with a 500,000-year-old skull from Central Java.

11.00: Hop across the road to the National Monument, a 132m-high tower marking Indonesia’s struggle for independence. It’s in the middle of Merdeka Square, a sprawling park. It’s a great place to take some time out, and there’s a small fairground – a godsend for heat‑fatigued children. 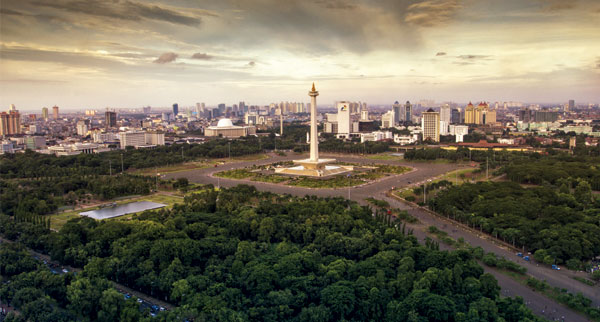 12.00: Head over to Kemang, a leafy, gallery-filled neighbourhood popular with expats as well as backpackers, and featuring some fantastic bars and restaurants. We recommend lunch at Queens Head, which is as popular with locals as it is with foreigners. It’s beautifully designed, with Arabic-style tiling and sofas upholstered with Indonesian fabrics. Order the crispy pork and citrus-scented rice.

13.00: Make like a local and chase your lunch with a caffeine fix at nearby Chief Coffee, an achingly cool coffee shop (and barber) with exposed brickwork and colourful artwork by Indonesian graphic artist Dandi Achmad Ramdhani.

“Head over to Kemang, a leafy, gallery-filled neighbourhood popular with expats as well as backpackers.”

14.00: Plunge into the chaos of Chinatown, known as Glodok – the easiest way to get there is with a Grab (Indonesia’s version of Uber, which is unavailable here). It’s one of Asia’s largest Chinatowns and a must-see is the Vihara Dharma Bhakti temple, built in 1650. Be sure to look up at the spectacularly ornate roof with its carved dragons. Afterwards, wander down Petak Sembilan, a cramped market street where vendors hawk everything from live frogs and hamsters to rainbow-hued fruit. 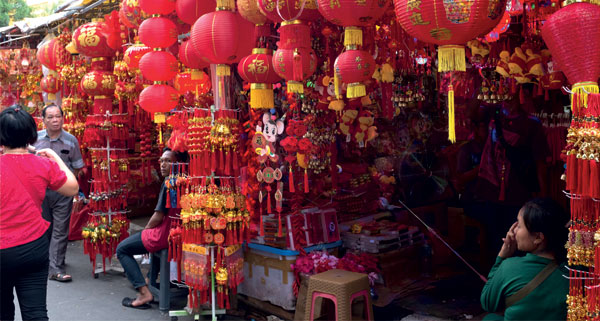 16.00: From Chinatown it’s a short walk to the Museum Bank Indonesia, located inside a former bank (look out for the original stained-glass windows). You don’t have to be a coin collector to be wowed by this museum. One of the rooms features currency from every country in the world, with banknotes displayed in frames, according to country. There’s even a collection of uncut Indonesian rupee notes.

“Time for dinner. One of the city’s most exciting restaurant openings can be found at one of its coolest new hotels, the Alila Jakarta.”

18.00: For a spectacular sundowner, head to Skye bar on the rooftop of the 56-floor BCA Tower. Avoid the tables by the beautiful infinity pool – you’ll spend the entire time ducking out of the way of locals pouting for selfies.

20.00: Time for dinner. One of the city’s most exciting restaurant openings can be found at one of its coolest new hotels, the Alila Jakarta, an art-filled haven straight out of a Condé Nast magazine. Hakkasan Jakarta is on the 25th and 26th floors. Dine on the roof terrace or in the moodily lit interior, with its floor-to-ceiling windows. 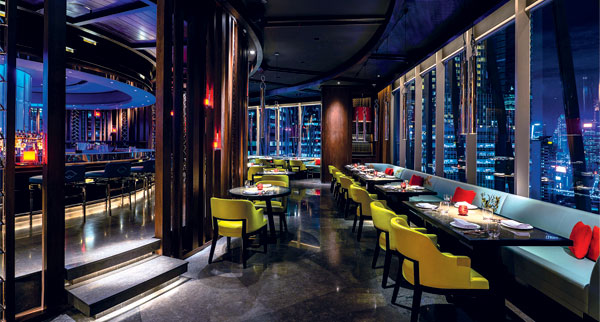 10.00: Start the day with breakfast at Blacklisted Coffee, a stylish coffee shop on the first floor of Lotte Shopping Avenue, one of Jakarta’s largest shopping centres. For something a little different, try their strangely delicious lemon peel latte, paired with freshly baked pastries.

11.00: Time for some retail therapy. Lotte Shopping Avenue – handily connected to the beautiful Raffles hotel – has all the major brands alongside lesser-known ones, including Tony Moly for quirky Korean cosmetics, and The Goods Dept department store for beautiful homewear, such as cushions emblazoned with the names of Jakarta’s trendiest neighbourhoods.

13.00: Lotte Shopping Avenue’s close proximity to the Raffles hotel is the perfect excuse to finish your retail therapy fix with what might just be the world’s most beautiful afternoon tea in the hotel’s Writers Bar, with its soothing jazz and breathtaking centrepiece: a shimmering waterfall of suspended crystals. 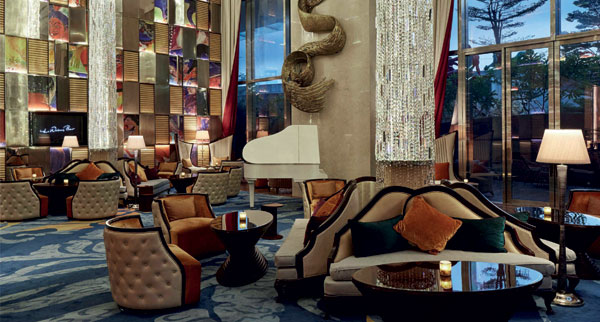 14.00: Time for an art fix, in this case at Macan, the Museum of Modern and Contemporary Art in Nusantara, which opened in 2017. It’s very family-friendly, with balloon-making workshops every Sunday, and a packed calendar of activities in the Children’s Art Space.

16.00: Hail a Grab taxi to get to Fatahillah Square in Jakarta’s old town, otherwise known as Old Batavia. Batavia was the name given to the city in the 17th century by the Dutch East India Company. There are several fantastic museums here, including the Jakarta History Museum and Museum of Fine Arts and Ceramics. It’s a great people‑watching spot – locals come here to hire brightly coloured bikes to pedal around the square. Hire one and you’ll get the use of an equally bright, flower-adorned straw hat.

“Locals come here to hire brightly coloured bikes to pedal around the square.”

20.00: Jakarta has Asia’s biggest jazz scene. There’s an annual festival (Joss Stone and Jamie Cullum have both performed) and the city’s got some brilliant jazz venues, including Prohibition Asia, a speakeasy-style bar accessed through a toilet. It’s one of Jakarta’s most beautiful watering holes, with murals of a fedora-wearing wise guy and a backlit bar with an art-like display of liquor bottles. Prohibition-era cocktails are the speciality, so toast Indonesia’s capital with a delicious negroni. 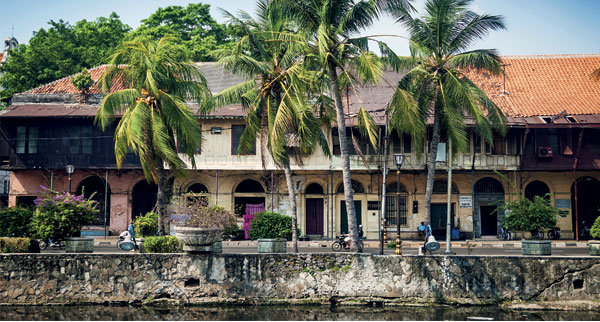 British Airways flies from Heathrow to Jakarta via Kuala Lumpur, with connecting flights on codeshare partner Malaysia Airlines, from £665 including taxes and fees.
ba.com

Rooms at the Raffles Jakarta start at £223.
raffles.com

The best things to see, do and eat in Manila, Philippines
Singapore for foodies: You won’t go hungry
Cruising in Indonesia with Star Clippers

What to see on a Sint Maarten cruise call

A Kenya safari without the crowds