The magic run weekend at Disneyland Paris is a great chance for some sporty family fun, finds Lucy Huxley.

Just over 14 years ago, at my 20-week scan, doctors detected that my unborn son had a condition called severe bilateral talipes. Basically, his feet were round the wrong way. They said he might never walk.

In September last year, Tom and I ran the 10k together at the Disneyland Paris Run Weekend.

The scale of this achievement wasn’t lost on me as we crossed the line. Huge crowds were cheering and clapping, and Disney music was blaring out as we rounded the final corner. It was pretty emotional. Tom, on the other hand, was just focused on making sure he beat me!

We had only started running a year earlier. Daunted by the thought of compulsory cross-country at Tom’s new school, we tried our first 5k park run to build up his stamina – and 62 park runs later, we were gradually shaving seconds off our times.

So when Disney and MagicBreaks invited us to the annual RunDisney weekend, we jumped at the chance to run somewhere new. We couldn’t get to Paris in time for the Friday evening 5k, so we were persuaded to sign up for 10k on Saturday morning.

We weren’t alone – we arrived to find Clia director Andy Harmer and Travel Weekly colleagues Stuart Parish and Oliver Palmer had already completed the 5k, all proudly wearing their medals as we checked in, plus Stuart and Oliver had registered to run the half-marathon on Sunday morning as well. 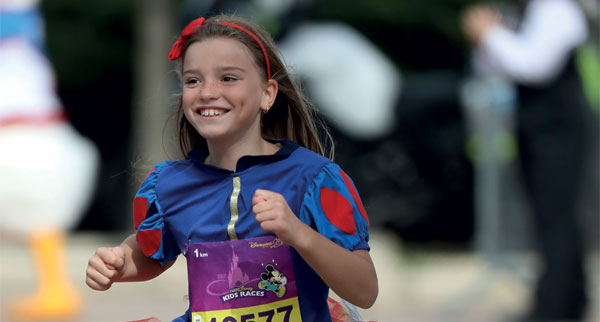 For us, the prospect of 10k was exciting yet terrifying. Tom and I are always spent at the end of park run, so how were we ever going to manage to run twice as far?

In hindsight, arriving at Disneyland Paris Hotel at 11.30pm then getting up at 5.30am probably wasn’t the best preparation, and as we dressed in the dark – me in a Rapunzel running top and both of us in glittery Mickey and Minnie Mouse ears – the adrenaline was flowing.

“Tom and I are always spent at the end of park run, so how were we ever going to manage to run twice as far?”

Yet when we got to the start line in Walt Disney Studios, I realised just how underdressed we were. Thousands of runners were gathering in all manner of Disney costumes – we saw Simba from The Lion King, the family from The Incredibles, Elsa and Anna from Frozen, and even someone in the full furry head and frock suit from Beauty and the Beast. Rather him than me!

Just before 7am – the sun still not up – the countdown began and we were off, heading out of Walt Disney Studios, past the restaurants in Disney Village and through the gates to Disneyland Park. We ran up Main Street, where crowds were already gathered, many wearing massive Mickey Mouse gloves to high-five us as we ran past.

We headed towards Sleeping Beauty Castle, twinkling with lights, and got our first sighting of the Disney crew and my 10-year-old daughter, Marijke, who gave me a quick ‘energy kiss’ before we carried on to Discoveryland. We ran past Buzz Lightyear’s Laser Blast, the Orbitron space rockets and Star Wars: Hyperspace Mountain, before moving into the maze of roads, warehouses and outbuildings ‘backstage’.

“Just before 7am – the sun still not up – the countdown began and we were off, heading out of Walt Disney Studios.”

We covered another couple of kilometres before re-entering the park in Fantasyland, where we got to run through the castle – magical even for the most hardened runner – then kicked on into Frontierland, by Day of the Dead decorations inspired by Disney-Pixar film Coco, Big Thunder Mountain rollercoaster and the haunted mansion.

Next came Adventureland, home of Aladdin, the Swiss Family Robinson and the Pirates of the Caribbean, complete with three Jack Sparrows, where we spotted the 5k marker – we were over halfway! 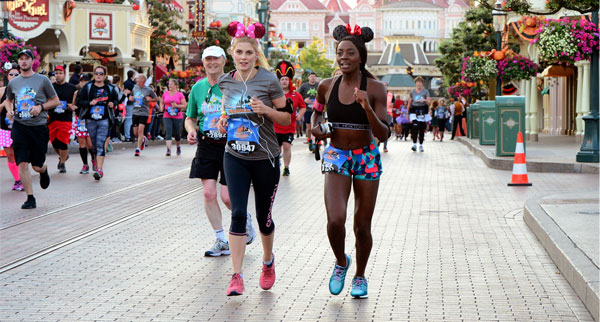 The next section took us back out on the roads, which was the hardest bit, but soon we were re-entering Walt Disney Studios, passing Crush’s Coaster from Finding Nemo, Slinky Dog from Toy Story, and Ratatouille, which picked us back up.

One more stint outside the park, following the route of the famous Studio Tram Tour, ate up another kilometre, and then, as we hit the 9k marker, we were routed back into the Studios. Rounding the final corner and seeing all the crowds – including my daughter, Stuart and Oliver from Travel Weekly, Andy from Clia and our Disney and Magic Breaks hosts – Tom suddenly broke into a sprint. I gave chase but couldn’t quite catch him.

“Photographers appeared to take our pictures, although all we wanted was a shower and a massive breakfast.”

Giggling as we both crossed the finish line, officials immediately hung medals around our necks and directed us to pick up energy drinks and bananas.

We were totally buzzing. Photographers appeared to take our pictures, although all we wanted was a shower and a massive breakfast – we had calories to replace after all. 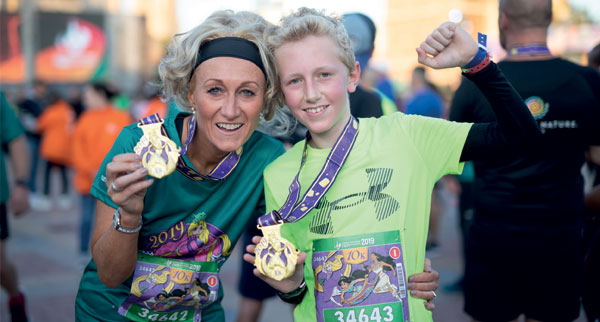 A walk in the park

With a full day and night in the parks to come, we needed the energy boost. We ticked off nearly every ride and attraction during the day, ate lunch in Annette’s Dinner and had a delicious Arabian-style dinner in Agrabah Cafe.

The children were shattered after our early start and I debated whether to keep them up late to watch Disney Illuminations – a show mixing lights, movie clips, music, water and fireworks against the backdrop of Sleeping Beauty Castle. But I am so glad I did – it was truly incredible.

The following morning saw us get up early to bag a spot at the finish line to watch Stuart and Oliver complete the half-marathon – which they did in style, both recording great times and adding another medal to their collections.

As for Tom and me, we will also be back, but only to repeat the 10k. One race is enough – although this time, we will be in full Disney fancy dress! 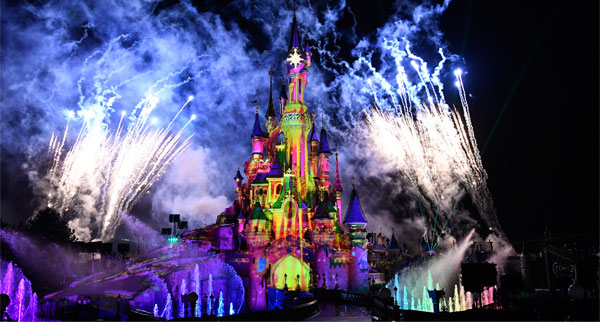