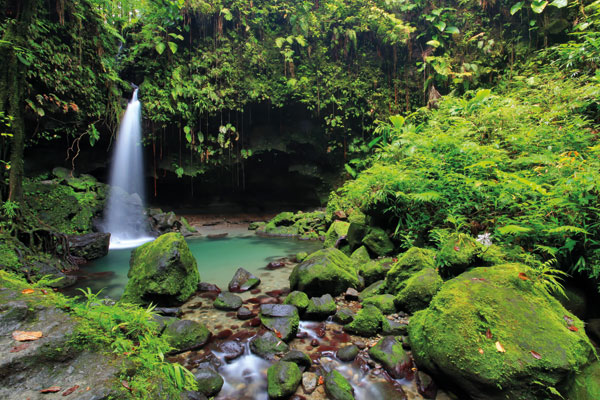 From hiking to diving, there’s plenty to do in the Caribbean beyond the beaches, writes David Whitley.

The Caribbean islands are, with strong justification, regarded as some of the greatest places in the world for a fly-and-flop beach holiday. But for those who want something more than a sunlounger, sand and a warm, calm sea, these islands have a bit more to offer.

Why: This island nation turns most Caribbean stereotypes on their head. Many of the beaches are black sand, and the mountainous, rainforest-covered interior is the star attraction. The most memorable walk is to Boiling Lake, which is reached via a six-hour round trip up steep hills, through forest and past volcanic landscapes and bubbling hot springs.

“Many of the beaches are black sand, and the mountainous, rainforest-covered interior is the star attraction.”

That’s just scratching the surface, however. Other major hikes take in the Syndicate Nature Trail, home to the endemic sisserou parrot, and Middleham Falls, a rainforest cascade that you can take a dip under.

Why: Capital Santo Domingo is the oldest city in the Americas, and is home to a wonderful collection of Spanish colonial architecture. The Unesco World Heritage-listed Zona Colonial is the heritage hub, featuring the first cathedral, castle, university and monastery in the New World.

But Santo Domingo isn’t a museum piece – it’s a big, buzzing modern city. So once clients have got their head around the history, book them onto tours exploring its innovative food and nightlife scenes.

“Capital Santo Domingo is the oldest city in the Americas, and is home to a wonderful collection of Spanish colonial architecture.” 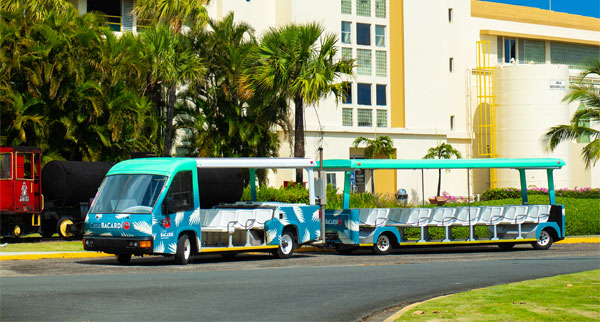 Why: Puerto Rico is the home base of Bacardi, and Casa Bacardi, just outside Old San Juan, is the world’s biggest rum factory. Get a behind-the-scenes view with a historical tour, rum-tasting tour or mixology class.

If you like pina coladas, then a visit to the Caribe Hilton is something of a pilgrimage. This is where, in 1954, the milky pineapple cocktail was invented. Should you wish to indulge more than once, then rooms at the grand property, surrounded by seven hectares of gardens, cost from about £165.

“The fortress-filled Old San Juan is dotted with atmospheric rum bars that carry just enough dog-eared charm to match the historic heart of the city.”

There’s no need to restrict the drinking to the hotels, though – the fortress-filled Old San Juan is dotted with atmospheric rum bars that carry just enough dog-eared charm to match the historic heart of the city.

Book it: Tasting tours of Casa Bacardi are a popular add-on from cruises calling in San Juan; NCL offers an excursion from £67.
ncl.com 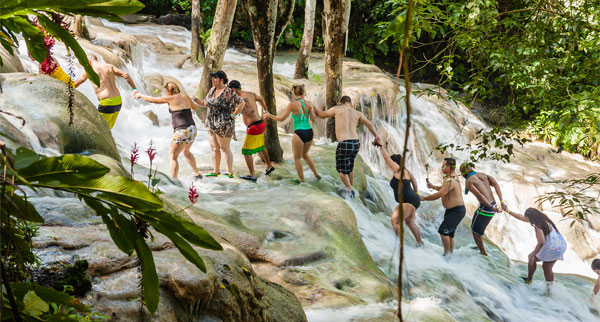 Why: The birthplace of Bob Marley and Usain Bolt is, arguably, the Caribbean’s great all-rounder – it has the music, the heritage buildings and the rum distilleries, but the island also does a fine line in thrills and spills. The most famous action spot is Dunn’s River Falls on the north coast, which hundreds of people climb every day. But head into the island’s mountainous interior, and there’s plenty more to take on.

“It has the music, the heritage buildings and the rum distilleries, but the island also does a fine line in thrills and spills.”

Book it: Do Something Different sells a series of excursions for those wanting to test their mettle. Trips departing from Montego Bay include ziplining, river tubing and a horse-riding adventure that culminates with both taking a dip in the sea.
dosomethingdifferent.com 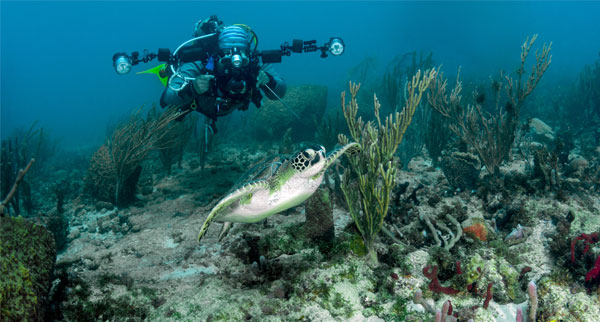 Why: Another all-rounder, Grenada is an interesting, manageably sized island with coffee and cocoa plantations and mountain walks in the interior to go along with the beaches – but it also has some phenomenal diving. The southwest coast, in particular, is teeming with scuba sites, with several world-class wreck dives, including the ever-popular Bianca C ocean liner.

“Grenada is an interesting, manageably sized island with coffee and cocoa plantations and mountain walks in the interior.”

Snorkellers needn’t feel excluded, either – just north of capital St George’s is an extraordinary underwater sculpture park, where a series of monuments have been sunk to create a bizarre aquatic art trail.

Book it: Dive Worldwide offers a nine-day Learn to Dive in Grenada tailor-made trip from £1,675, including flights.
diveworldwide.com 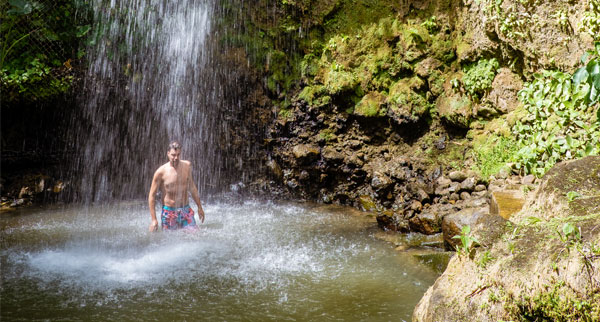 Why: Riddled with rivers, rainforest and waterfalls, Saint Lucia offers a million spectacular views before you start even considering the beaches. Mountains – particularly the two volcanic plugs known as the Pitons in the southwest of the island – shoot up seemingly from nowhere, while the interior is home to several nature and forest reserves, including a new botanical garden trail.

“Mountains – particularly the two volcanic plugs known as the Pitons in the southwest of the island – shoot up seemingly from nowhere.”

Excursion options include ziplining through the forest, off-road ATV trips through lush scenery, a treetop canopy tour, horse riding along the coast and catamaran cruises at sunset. Also available are trips to the Sulphur Springs at La Soufrière, billed as the world’s only drive-in volcano and offering the chance to get healthily mucky in the mud baths. 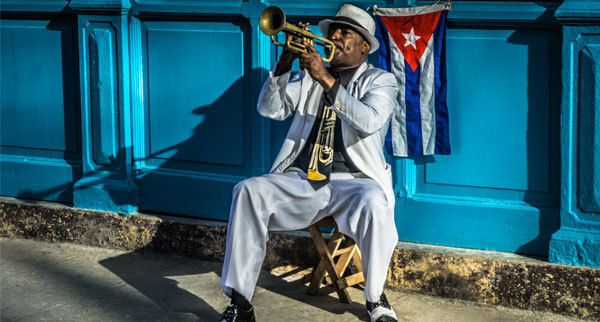 Why: The largest Caribbean island is also the most complex, with colonial heritage, cigar-making and communism intertwining in a recipe that is distinctly different from anywhere else. There are several cities with strong personalities, although capital Havana is arguably the only place in the Caribbean you’d go to purely for a city break.

Bars playing salsa and jazz are a key part of Havana’s fabric, and clients on Kuoni’s Cuba tour will get into the swing of the city straight away with dinner at restaurant El Tocororo after their first full day, where jazz music plays and Cuban-Creole cuisine is the order of the day. Guided activities include tours of Unesco-listed Old Havana, the places associated with American author Ernest Hemingway, and the nightly gun ceremony at Castillo de Morro.

“There are several cities with strong personalities, although capital Havana is arguably the only place you’d go to purely for a city break.”

The tour also explores the well-preserved colonial city of Trinidad, and the town of Santa Clara, known for its connection to Che Guevara, as well as spending a night in beach resort Varadero, where guests can extend their stay post-tour.

Book it: Kuoni’s eight-night Highlights of Cuba tour starts at £2,697, based on a May 3 departure, including flights.
kuoni.co.uk 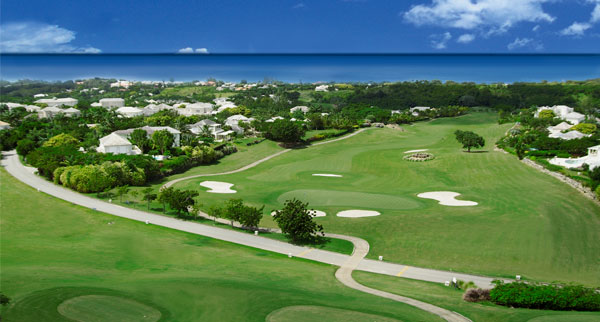 Why: Arguably the most English of the Caribbean islands, Barbados is one of the best connected to the UK, with direct flights. Golfers should be in their element, with five PGA-standard courses: Apes Hill Club, Royal Westmoreland, Sandy Lane Country Club, Sandy Lane Green Monkey and Barbados Golf Club.

It’s also a great place to watch cricket, as the Kensington Oval is one of the most atmospheric grounds on the global circuit and a regular host of West Indies internationals.

“The Kensington Oval is one of the most atmospheric grounds on the global circuit and a regular host of West Indies internationals.”

More underrated are the surf breaks – great for windsurfing and regular surfing – on the south coast.

Book it: A week at Royal Westmoreland in a Royal Apartment (which sleeps up to four) starts at £1,141 per apartment, while a Club Villa, which can accommodate six guests, costs from £1,281. A round of golf costs $250 for visitors.
royalwestmoreland.com

St Kitts and Nevis does a nice line in former sugar plantations that have been transformed into hotels. The hilltop locations looking out over the former sugar fields at the likes of Ottley’s and Nisbet Plantation offer something different from the standard beach resort.

Montserrat is doable as a day trip from Antigua and has a ‘Pompeii of the tropics’ vibe to it. The southern half of the island is mostly covered in spectacular lava and ash fields.

Tobago may be the beach destination, but sister island Trinidad has the culture and character. It’s also home to the Caribbean’s biggest carnival, which takes place the week before Lent. 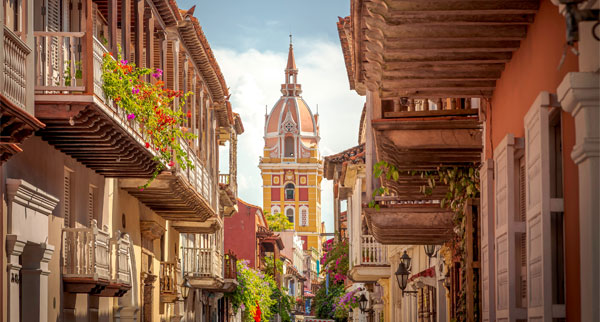 Wellness: Caribtours offers a series of wellness-focused holidays, including spa breaks in Saint Lucia, Antigua and the Grenadines. Some are specifically targeted at solo travellers, in resorts that aren’t aiming solely for the couples market, and don’t charge solo supplements.

Adventure: For a company aimed at active travellers, G Adventures has a surprising number of Caribbean options. These include a seven-day sailing trip around the British Virgin Islands (from £799, excluding flights) and a nineday Jamaica Encompassed round-island mission that features visits to a rum distillery and Rastafarian village, and crocodilespotting boat rides (from £983, excluding flights).

Uncover another side of the beach paradise of Tobago
Adventure in lesser-known Guyana, South America
The best off-beach escapes in the Caribbean