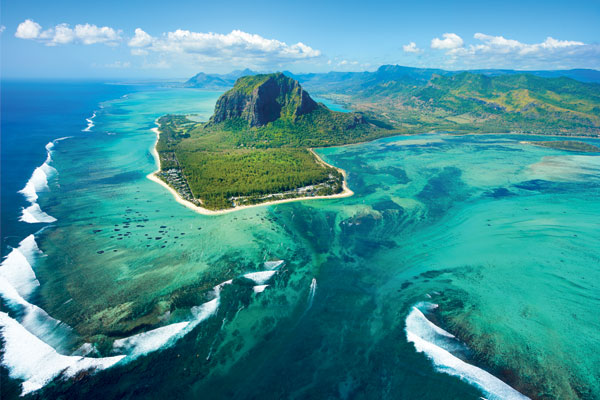 Laura French picks out some of the Indian Ocean’s most enchanting sights.

Emerald rainforests, electric-blue lagoons, sugar-white sands, smoking volcanoes… the Indian Ocean is a treasure trove when it comes to natural beauty spots across its smorgasbord of islands.

Which means it’s not only about the beach. From meandering through mountains to tea-tasting in the hills, snorkelling in marine reserves to swimming beneath waterfalls, there’s plenty to be getting on with for those after a side of scenery with their suntan.

But where do you start selling it? We’ve picked out some of the highlights to get you feeling inspired.

Few sights are quite so stirring as Le Morne Brabant, the forested hump of a mountain that rises up from a ring of aqua-blue on the southwestern tip of Mauritius. Once a refuge for runaway slaves, today the Unesco-listed site is a hotspot for hikers with a four-mile trail that takes in 360-degree views over the surrounding island. For those less into their hiking, the beach offers white, flour-soft sand and tropical palms jutting out on a secluded peninsula, as well as some of the best kitesurfing in Mauritius.

“Once a refuge for runaway slaves, today the Unesco-listed site is a hotspot for hikers with a four-mile trail that takes in 360-degree views.”

Book it: Nearby resort Heritage Le Telfair, a 20-minute drive away, offers a hiking excursion to Le Morne for £60. Nightly rates at the hotel start at £93 per person.
heritageresorts.mu 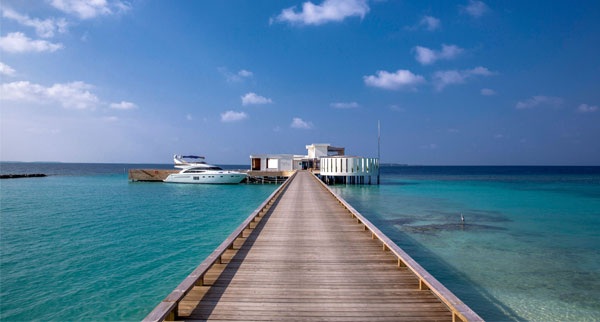 If there’s one place that knows how to wow with its world-famous waters, it’s the Maldives, and among its superlative scenic spots is the Baa Atoll. Manta rays, whale sharks, dolphins, turtles and around 1,200 species of fish inhabit the waters of this Unesco World Biosphere Reserve, where nine inhabited islands float in circles of cobalt. At the centre is Hanifaru Bay, a feeding ground for whale sharks and mantas that offers exceptional snorkelling. Amilla Fushi makes an excellent base for exploring it, and also offers its own icon in the form of the Blue Hole, a huge cavity in the reef that’s gained traction among divers the world over.

“Manta rays, whale sharks, dolphins, turtles and around 1,200 species of fish inhabit the waters of this Unesco World Biosphere Reserve.”

Book it: Carrier offers a seven-night holiday in a Treetop Pool Villa with free upgrade to half board, British Airways Club World flights from Heathrow to Malé, and shared seaplane transfers, for a December 4 departure.
carrier.co.uk 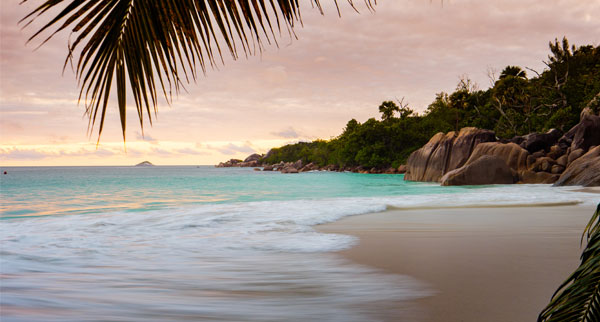 Home to the infamous coco de mer palm tree, which bears the biggest seeds in the world, this sprawling, primeval rainforest on Praslin Island is as quintessentially tropical as you can get. Rare species such as the black parrot, Seychelles warbler and blue pigeon nestle among exotic flora, while giant bronze geckos and other unusual reptiles seek shade beneath the emerald canopy. It’s so humid it feels like standing in a greenhouse, but for those who don’t mind breaking a sweat, there are several hikes to take on along flat, sandy trails that meander through the trees.

“Rare species such as the black parrot, Seychelles warbler and blue pigeon nestle among exotic flora, while giant bronze geckos and other unusual reptiles seek shade.”

Book it: Caribtours offers a week at Raffles Seychelles, Praslin Island, from £3,039 per person, based on two sharing a Garden View Pool Villa (half-board) with flights and private transfers.
caribtours.co.uk 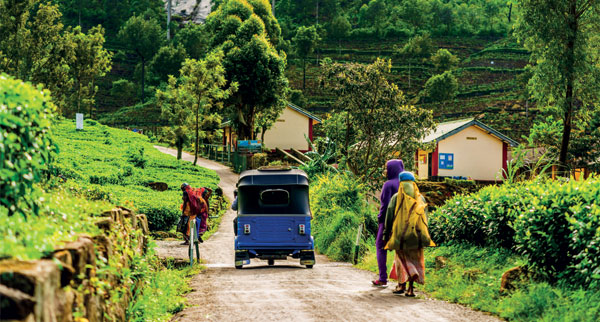 Sri Lanka has head-turning beauty spots in abundance, but not all its features get as much attention as the likes of Yala National Park or Kandy. Among those lesser-known spots is Haputale, a small town on the southern tip of the Hill Country that’s set on a jade-coloured mountain ridge amid swathes of tea plantations. Alongside the country’s second-highest waterfall cascading onto the rocks below, you’ll find idyllic walking trails, viewpoints with a perfect vantage point at sunrise, and a monastery peeping out from the jungle, with mystical, cloud-capped forest all around.

“Among those lesser-known spots is Haputale, a small town on the southern tip of the Hill Country that’s set on a jade-coloured mountain ridge amid swathes of tea plantations.”

Book it: Travel 2 offers an 11-day Beautiful Sri Lanka tour combining the mainstream sites with Haputale and other quieter spots from £3,439 per person, including accommodation in boutique lodges and campsites, and flights from Heathrow on June 20.
travel2.com 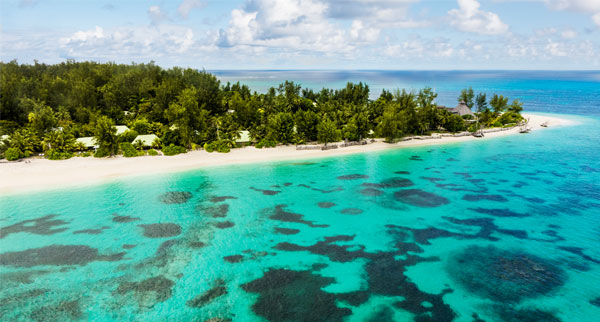 Turtles laying eggs on the shoreline, exotic birds flying overhead and no-filter-needed beaches to accompany it all – there’s a reason this private island has gained a worldwide rep, and it’s not only for the views. Conservation is the top priority here, with a protected lagoon teeming with marine life and a whole array of restoration projects on hand, while 375 acres of private beach and forest promise plenty of areas to get lost in.

“Conservation is the top priority here, with a protected lagoon teeming with marine life and a whole array of restoration projects on hand.”

Book it: If Only offers an eight-night trip combining a four-night, full-board stay on Denis Private Island with four nights at Carana Beach Hotel on Mahé (B&B) from £2,659, including flights, transfers and a starlit dinner at the latter.
ifonly.net 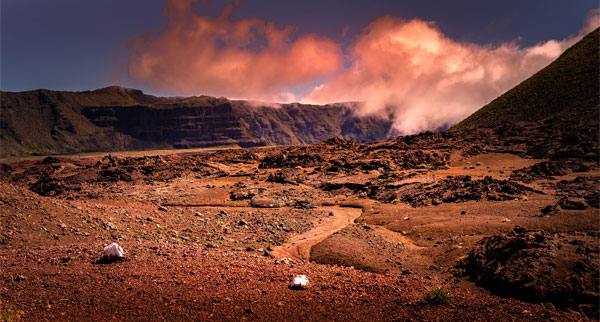 For clients in search of something a little different, suggest Reunion Island, where the wealth of natural stunners includes Piton de la Fournaise, a dramatic, highly active volcano that erupts an average of once every nine months. Dating back around 500,000 years, it combines marble-like rock faces and jagged craters with fertile forest, with an educational trail in the Enclose Fouqué caldera taking visitors to see the best of its moon-like landscapes.

Book it: Hayes & Jarvis offers a seven-night holiday to Reunion Island from £1,599 per person, including seven nights at the five-star Lux Saint Gilles on a bed-and-breakfast basis and flights.
hayesandjarvis.co.uk 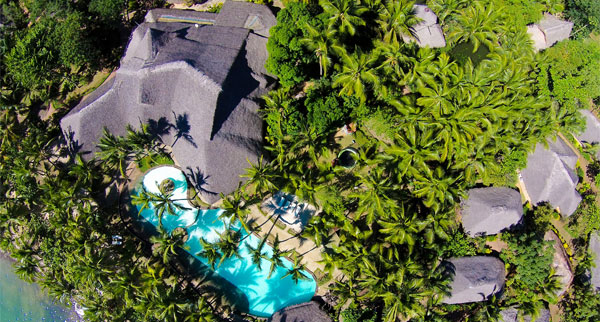 Remarkable flora and fauna are pretty much Madagascar’s raison d’etre, and you’ll see them everywhere from the aptly-named Avenue of the Baobabs – where silhouettes of these oddly shaped trees lines a dusty dirt track – to its plethora of rainforests. But for a spot that still feels like something of a secret, suggest Nosy Be, says John Parker, product manager for Madagascar at Premier Holidays. “This small island just off the mainland has glorious beaches, warm seas and world-class dive sites,” he says. “But it still remains low-key and relatively undiscovered to tourists.” Suggest Ravintsara Wellness Hotel on the west coast for a peaceful, secluded base with only 20 bungalows.

“Remarkable flora and fauna are pretty much Madagascar’s raison d’etre, and you’ll see them everywhere from the aptly-named Avenue of the Baobabs.”

Book it: A week at the Ravintsara Wellness Hotel costs from £1,599, including flights and private transfers in October.
trade.premierholidays.co.uk 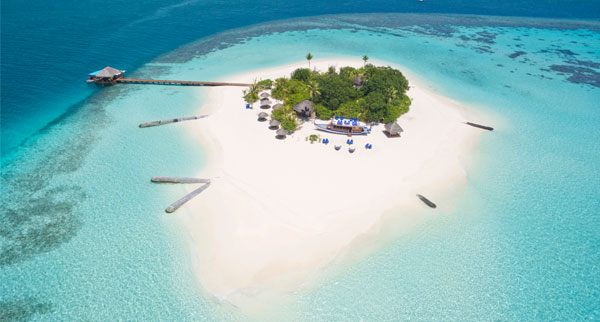 Robinson Crusoe-style experiences might sound like a cliché, but it’s arguably the only way to describe this far-flung, uninhabited isle, set on a lagoon so blue it looks like it’s been through a Photoshop filter, and accessible by boat from sister island Maafushivaru. Snorkelling, swimming and sunbathing are all equally acceptable on its sugar-white shores, while couples wanting to (quite literally) push the boat out can arrange a candlelit dinner or overnight stay in a beach villa. Only one couple can visit at a time, meaning no battling for sunbeds, and no fighting over the views.

“Couples wanting to (quite literally) push the boat out can arrange a candlelit dinner or overnight stay in a beach villa.”

Book it: Kuoni offers a week in a Beach Villa at Maafushivaru from £2,099 per person, based on two adults sharing half-board in May, and including flights and transfers.
kuoni.co.uk 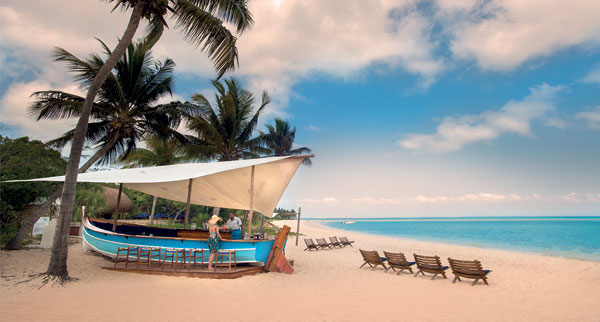 Sainte Anne, the Seychelles: Club Med will be opening a new eco-resort on this private island – set a 15-minute speedboat ride from Mahé – later in the year, bringing its lush hills and turquoise waters to families seeking a slice of exclusivity.

Isle des deux Cocos, Mauritius: Floating off the southeast coast of Mauritius in Blue Bay Marine Park, this secluded island is paradise personified, home to white-sand beaches, towering palms and an opulent, Moorish-style villa built by British governor Sir Hesketh Bell and once used for extravagant, Gatsby-esque parties. Day trips are available from all Lux resorts with a barbecue on the beach and optional overnight stays.

A slice of luxury at Varu by Atmosphere and Kanifushi, the Maldives
Foodie experiences in the Indian Ocean
Island-hopping in the Seychelles