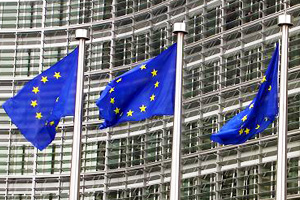 European president Ursula von der Leyen has struck a blow against hopes of late-summer bookings to the Mediterranean being fulfilled with a warning against planning holidays this year.

Von der Leyen told German tabloid newspaper Bild: “At the moment, no one can make reliable forecasts for July and August.

“I would advise everyone to wait before making holiday plans.”

The EC president said: “I know isolation is a burden, but this is a question of life and death. We need to learn to live with this virus for many months, probably until next year.”

The UK Foreign Office extended its advice against all but essential travel “for an indefinite period” on April 4, increasing the financial pressure on travel agents and tour operators facing refund requests from consumers.

The UK government has so far failed to respond to industry pleas to relax Package Travel Regulations’ rules requiring refunds be paid in 14 days, despite the European Justice Commissioner repeating guidance to governments to find “flexible solutions” to demands for refunds.

In a statement on April 9, Justice Commissioner Didier Reynders urged “the right balance between consumer protection and support to travel and tourism businesses” and said: “Consumers should consider accepting a voucher that allows them to postpone their holidays to a later point in time.”

Reynders first wrote to EU governments at the end of March advising they alleviate the pressure on tour organisers and travel agents by allowing the issue of credit notes or vouchers in place of cash refunds.

He made clear the EC would support the issue of vouchers so long as consumers’ rights to a refund under package travel rules are upheld and insolvency protection remains in place.