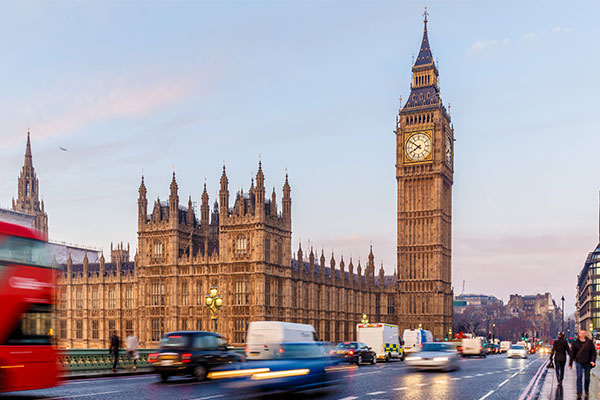 MPs have tabled an Early Day Motion in the House of Commons calling for the creation of a Minister for Travel to “champion the industry”.

Six members of Parliament, four from Labour, one DUP representative and an independent, are signatories to the motion, thus calling for a debate on the matter in the Commons.

There is currently a ministers for aviation and maritime, Robert Courts, within transport secretary Grant Shapps’ department, which also has ministers with briefs for roads, cycling and walking, rail, HS2, motoring agencies and space.

The motion follows calls from the TSSA union for a dedicated Minister for Travel, which it says would help the government better understand the outbound travel sector.

It asks: “That this House recognises that the travel trade is a crucial sector of the British economy and furthermore an industry now facing an existential threat as a result of the coronavirus pandemic; regrets that many travel businesses have closed with many more on the brink of collapse due to the Covid-19 crisis with at least 90,000 jobs already lost or at risk across high street travel agents and the wider travel trade sector; welcomes the recent call by the TSSA transport and travel union and others for the creation of a Minister for Travel to arrest this trend and champion the industry; and calls on the Government to act without delay to save Britain’s travel trade by providing bespoke sector-specific government support while reconsidering an extension of furlough for the industry.”

He added: “We have made it clear time and again to ministers that they simply can’t look the other way when it comes to our much-cherished travel sector. The travel trade has issued several SOS calls to government, yet we hear nothing.

“This pandemic is the biggest crisis the industry has ever faced. It really is existential, with tens of thousands of jobs lost and high street businesses going to the wall daily.

“So, I’m really pleased to see MPs doing the right thing in tabling this motion, answering the call to action – and I look forward to it gathering greater support in the coming days.

“We urgently need answers from the government about the practical steps they intend to take to provide proper financial support, including a furlough extension for travel. The current crisis also gives our travel industry the chance to reconfigure to meet the challenges of decarbonisation and to promote a more ethical brand of tourism so it can emerge stronger. However, this won’t happen without government support.

“At the moment our travel trade seems to fall between the cracks, with neither the transport nor business secretary wishing to accept it as part of their brief. That is why our union will keep calling for the creation of a Minister for Travel, a post much needed in the fight to save travel.”