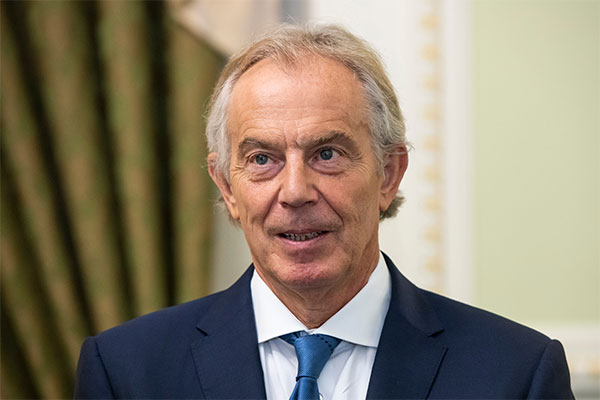 A single global vaccine passport scheme should be established by the government, according to former prime minister Tony Blair.

The passport should be digital and capable of tracking and verifying a person’s coronavirus “status” wherever they travel in the world.

Included would be details of any vaccination they had, together with the results of Covid-19 test results, the Daily Telegraph reported.

Governments could access data at borders by scanning a QR code, rather than working through paper certificates which might be vulnerable to fraud.

A report published by the Tony Blair Institute said current border restrictions were “disjointed” and urged the UK to “place the creation of a global Covid-19 travel pass as a key item on the G7 agenda” – a body which the UK currently leads.

Tougher international travel restrictions announced on Wednesday  would be much more difficult to eventually unwind without a vaccine passport.

The UK faced two major risks if the UK does not use its “fortuitous” presidency of the G7 to “take the initiative” and establish a global standard.

Blair told the newspaper: “One is that everyone just does their own thing, which is much more chaotic and difficult to manage. Or secondly, there’s a set of rules in place that you may not be that happy with.”

He added that uniform standards will help to ensure the safe reopening of borders and aid economic recovery, especially for the travel industry – which is worth more than 10% of the global economy.

An international vaccine will be critical to “re-connect” the globe.

Blair said it was “sensible” to start discussions now, ahead of an expected rebound in travel when restrictions are eventually eased.

“It’s better to have common rules and a common verification system, so that people know what your disease status is and know it with some validation,” he said.

Seeking consensus among the G7 countries “will be a critical first step in securing wider global agreement”.

Blair’s intervention came as Iata urged the acceleration of global standards for vaccination and testing certification.

Director general and chief executive Alexandre de Juniac said: “We can see the light at the end of the tunnel as vaccination programmes roll out.

“Turning this vision into a safe and orderly re-start will require careful planning and co-ordination by governments and industry.

“This will be challenging as the priority for the weeks and months ahead will be containing the spread of new variants. But even as the crisis deepens, it is important to prepare the way for a resumption of flights when the epidemiological situation permits.

“Understanding government policy benchmarks and agreeing the global standards needed to support a return to normality in travel will ensure that air transport is well-prepared and does not become a meaningful vector for reimportation. Airlines are ready to support governments in this task.”

He added: “There are plenty of moving parts in the equation. The number of people vaccinated, and the availability of testing are key among them.

“Airlines have adapted their operations in order to maintain cargo operations and some passenger services, while complying with the numerous and uncoordinated restrictions imposed.

“Building on this experience they can help governments with their preparations for eventually safely re-establishing global connectivity for their people, businesses and economies.”

“As we have seen, unilateral government decisions are very effective in shutting down global mobility.

“Re-establishing the freedom to travel, however, can only be done with co-operation.

“Governments are already seeing how challenging that will be without global standards for vaccines or tests.”

Meanwhile, Dave Hilfman, interim executive director of the Global Business Travel Association, described the move towards quarantines despite multiple studies that question their effectiveness as “a real problem”.

He said: “The science suggests that quarantines rank far down the list of effective COVID-19 mitigation measures.

“Pre-departure testing can help ensure the safety of travellers and residents, while allowing essential international travel to take place without compromising public health.

“At a time when the business travel industry continues to fight for its existence, a comprehensive approach that does not embrace quarantines can help stop the pandemic and stop the further proliferation of job losses and financial ruin.”