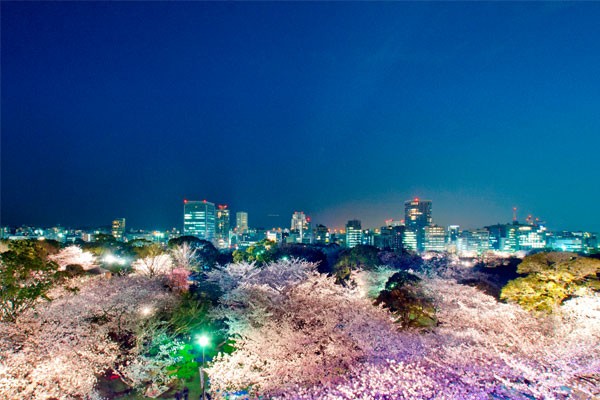 Step into the future as a new air link to Japan opens up quirky Kyushu, writes Jenni Doggett.

There are six robot dogs, three sequinned jackets and one Thriller soundtrack. This could only be Japan. I’m in Robosquare, a shop and exhibition space dedicated to all things robotic, in Fukuoka City.

Fukuoka is the capital of and gateway to Kyushu, Japan’s third-largest and southwesternmost island. It is roughly the size of Switzerland and has all the futuristic extravagances of Tokyo – the all-out sensory overload of mega-malls and a riot of kitsch co-existing blithely alongside minimalist classical design, ancient shrines and dramatic natural beauty.

But it also has as many Michelin stars as London, an onsen, or hot spring, around every corner and a mellow cosmopolitan vibe less pronounced in its northern counterparts.

After three spectacular computer canine dance routines and a frenzy of flashing lights, I mooch outside to Momochihama Beach’s broad arc of empty sand, where it takes several soothing slurps of green‑tea ice cream and a view over the East China Sea to calm my over-stimulated brain.

Hopping onto an open-top bus, I head back to Canal City in search of some of Fukuoka’s famous yatai, or street food stands. Come evening, a riverside stroll down rain-glossed streets takes city visitors past a series of covered yatai, of which there are more than 150 scattered across the city.

More slurping ensues and I ask one of my fellow slurpees what they would recommend about Kyushu. “It’s just really friendly here,” I’m told. “And it has some of the best surfing in Japan!”

I can’t vouch for the surf but the warmth of the locals is palpable, plus it feels very safe, even stumbling back to the hotel sake-soaked in the wee hours.

Finnair’s new flights to Fukuoka from Helsinki are opening up this lesser-known corner of Japan. It’s a timely opportunity given that March saw the highest number of monthly UK visitors to Japan in the country’s history.

The subtropical climate and coast cater for sun lovers, while history buffs are spoilt for choice with rebel samurai relics and Shinto shrines aplenty.

Getting around is easier than you might think. Drivers are generally courteous and law-abiding, and cars drive on the left so there’s little adjustment to make. Just make sure to book an English satnav, and double-check, as sometimes the voice directions are English but the interface and buttons are in Japanese which makes life a bit trickier. Guessing where you’re going from signs is not really an option.

Alternatively, the trains here are famously efficient – not cheap but not extortionate either – and clean and fast to boot. Car hire is as reasonably priced as train travel, and there are also plenty of good-value options for accommodation, so with the favourable exchange rate you can get a lot for your yen.

Hot-spring onsen abound in Kyushu and nowhere more so than in Beppu, a two-hour drive from Fukuoka. This coastal resort offers nutrient-rich waters and an array of treatments, from sand baths to mud and steam.

Do bear in mind that tattoos are not welcome in most onsen because of the association with yakuza (Japanese gangsters), but if you have ink, it’s worth asking about private baths.

The northern prefecture of Nagasaki is fascinating. Its grim history is solemnly commemorated in the Atomic Bomb Museum and Peace Park, but this is a vibrant destination in its own right.

A colourful trading history has infused the area with a rich mix of cultural influences. Nagasaki’s most prestigious restaurant, Kagetsu, is one of Japan’s oldest, dating back to 1642. It was once a brothel that entertained famous writers, artists and samurai.

Japan is commonly perceived as expensive but a many-course meal at this most exclusive of restaurants is around £85, not cheap to be sure but nothing like the priciest restaurants in most cities.

The crown jewels of the region are the Kujukushima Islands – it means 99 islands but there are actally 208 – each uniquely sculpted over centuries by the sea. The opening scene of The Last Samurai was filmed here. It’s well worth the £7.50 for a 50-minute cruise on the Pearl Queen to get closer to the fishermen harvesting pearls.

Blossom season is a big deal here, as in the rest of Japan, and only an hour from Fukuoka are the stunning Wisteria Tunnels of Kitakyushu’s Kawachi Fuji Gardens. It’s definitely worth timing a trip around seeing them – they are at their best from late April to mid‑May – but be careful to avoid Golden Week at the start of May when most Japanese people are on holiday too.

The Grand Hyatt in Fukuoka is right at the heart of Canal City and the shopping centre. It’s only three miles from the airport and a great hub from which to start an adventure. Japan can be a culture jolt for first-time visitors, so this is a good way to ease into the local rhythms.

Ryokan are the traditional-style Japanese inns that typically feature futon beds, tatami-matted floors and yukata robes for guests. There are all levels of ryokan available in the region, some mixing the option of Western or Japanese-style rooms, so if you’re feeling less than nimble and want to pick on a bed your own size, these are the places to go.

Ohana in the small city of Yanagawa offers both styles of accommodation. The estate houses an extraordinary collection of antiques once belonging to the samurai class of the Edo period. A few minutes’ walk from Ohana you can take a tranquil punt down the sleepy canal.

For Scandi-style luxury, Nagasaki is home to the Garden Terrace Hotel designed by Kengo Kuma. The rooms boast enormous Jacuzzi baths with Bulgari amenities and balconies overlooking the harbour.

And for a really high-end treat, try the ultra-luxury sleeper train Seven Stars. Large windows, decadent design and only 14 onboard suites make this a truly exclusive way to view Kyushu. Prices start from £1,553 for a two‑day, one-night round trip of northern Kyushu.

Flying Finnair:Finnair started its new Helsinki route to Fukuoka on May 6, operating three times a week until October 9. Flying the shortest route geographically to Asia really makes a difference on long-haul timings, and timetables are designed to minimise transfer traffic. The flights depart from Heathrow, Manchester and Edinburgh with a connection at Helsinki – a super-efficient hub with the added bonus of Moomin merchandise. Economy return fares start from £676.