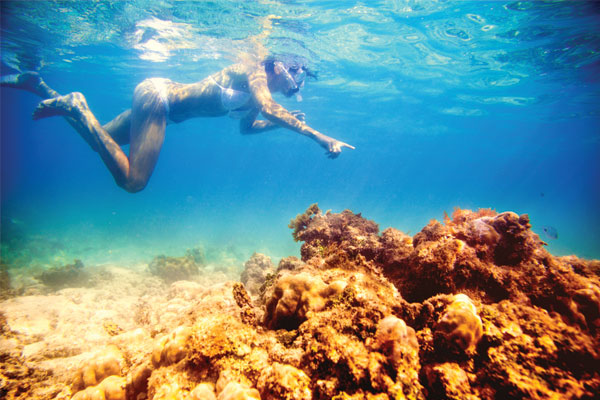 See the Indian Ocean’s wilder side. By Aby Dunsby.

The Indian Ocean is often overshadowed by nearest neighbour Africa when it comes to wildlife, and yet it is home to a dazzling array of creatures, both on land and in the water.

Whether clients want to snorkel in paradisiacal blue waters to look for brightly coloured fish, dive deeper among coral reefs, trek through forests looking for lemurs or venture out on a safari in search of elephants, the Indian Ocean is a veritable treasure chest of wildlife experiences.

Here, we round up six of the best animal adventures for clients to try, from marvelling at leopards in Sri Lanka’s Yala National Park, to looking out for the elusive dugong in the remote Comoros Islands. Whoever said the Indian Ocean was just about amazing beaches? 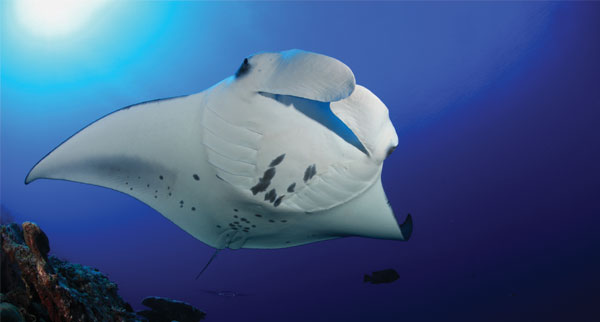 1 Manta Rays in the Maldives

The Maldives is made up of 100 or so islands, with most of its overall land mass lying below sea level. Its 26 separate atolls, formed of coral reefs and sand bars, teem with an incredibly rich abundance of marine life, making it a haven for scuba divers.

Deep channels run between the atolls, pushing nutrient-rich currents along that allow for vast numbers of fish, from parrotfish to snappers and butterflyfish.

In 2011, the Baa Atoll was named a Unesco World Biosphere, and it is here that clients can catch sight of manta rays and whale sharks in the summer months, and may even be lucky enough to swim with them if the conditions are right.

The area is home to only a few resorts, meaning that the region is less busy than its southerly neighbours, so diving is enjoyed away from the crowds.

The house reef is one of the best in the Maldives, and divers and snorkellers regularly spot passing spinner dolphins, eagle rays, shoals of barracuda, and thousands of fusiliers.

Book it: Dive Worldwide offers a week’s diving in the Baa Atoll, Maldives, from £2,375, based on two sharing, including seven nights’ half-board accommodation, international flights from the UK, return seaplane transfers, six days’ diving, tanks and weights. The price is valid for departures between June and October. diveworldwide.com 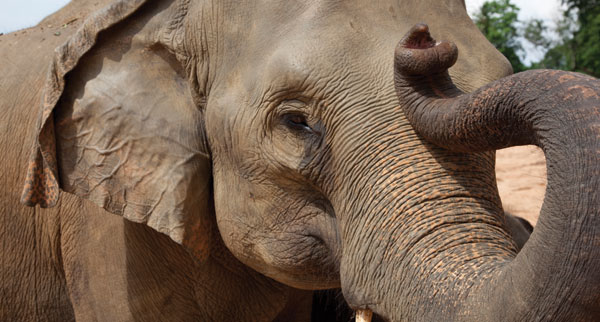 Sri Lanka boasts some of the world’s most amazing biodiversity thanks to a varied, monsoon-prone climate, separation from India’s mainland and a wide range of altitudes.

Since it is home to some of the most jaw-dropping big‑game wildlife in the world, the destination is hugely popular for wildlife safaris, which mainly centre on the country’s majestic national parks.

Wildlife lovers are spoilt for choice here, with highlights including looking out for big cats on a leopard safari in Yala National Park – home to around 30 of the spotty creatures – to gawping at more Asian elephants than you can shake a trunk at in Udawalawe National Park.

If you count the ocean, the list of creatures goes on, with Sri Lanka’s waters welcoming blue whales, sperm whales and schools of playful dolphins.

Book it: On the Go Tours offers a 10-day Wild About Sri Lanka trip, including visits to Yala, Udawalawe and Bandula National Parks and an optional add-on of Whale Watching in Mirissa. Prices start from £1,149 including accommodation, some meals, and tours and transfers. onthegotours.com/agents 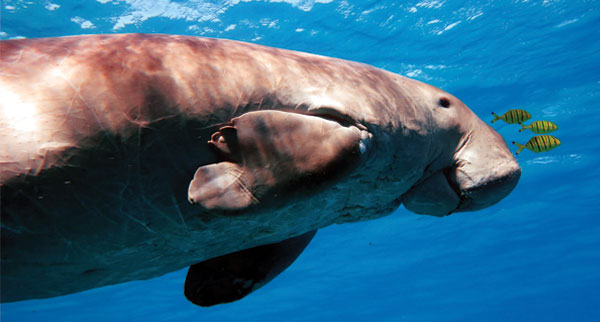 3 Diving in the Comoros Islands

For clients who love to drop off the radar while on holiday and eschew busier resorts, suggest the remote, staggeringly beautiful and nature-rich Comoros Islands, where life is slow and the culture is a fascinating melting pot of African, Malay and Arabic traditions.

Tiny Mohéli island – dubbed the nature island – is one of East Africa’s major turtle nesting sites, and it’s more or less a dead cert that clients will be able to see them nesting or even swimming past them as they snorkel.

Explore’s recce trip takes clients to spend a day discovering the calm, clear waters of the protected Mohéli underwater marine park by boat, with the chance to spot whales, dolphins and the mysterious dugong, a large mammal which is related to the manatee. There will also be opportunities to snorkel above the pristine coral reefs and search for an array of multi‑coloured fish.

Other wildlife highlights include a trip to Itsamia, a haven for ornithologists; and a guided walk through the forest in Grand Comore, to see the roosting sites of the world’s largest bat, the livingstone bat.

Book it: Explore’s new 13-day Comoros Discovery trip starts from £2,999 and includes flights, 11 nights’ B&B, transport and the services of an Explore leader. The trip departs on April 23, 2017. explore.co.uk 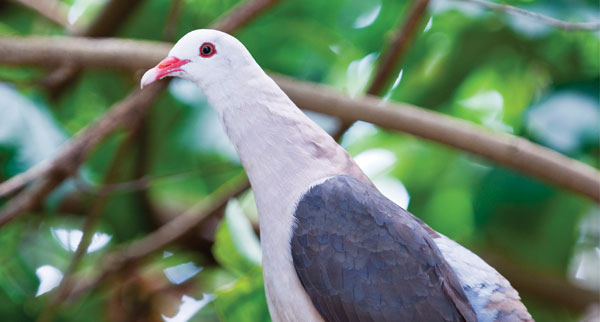 Look past the lapping turquoise shores and powder-like beaches and clients visiting Mauritius will also discover a bird-lovers’ paradise.

Ten years ago, three of the world’s rarest birds – the Mauritius kestrel, echo parakeet and pink pigeon – were all struggling to survive in their natural island habitat, and it seemed likely they would follow the famed Mauritius dodo into extinction.

Thanks to hard work from the Mauritian Wildlife Foundation, these three species of bird are no longer critically endangered, and clients should be able to see the trio in the biggest and most spectacular national park in Mauritius, Black River Gorges.

The park is also home to 300 species of flowering plant, nine species of endemic bird and a vast population of giant fruit bats, while sightings of wild boar, macaque monkeys and deer are also likely.

Clients looking to escape the beach and embrace wildlife for the day should also consider a trip to the 25-hectare nature reserve of Ile-aux-Aigrettes. Managed by the Mauritian Wildlife Fountation, rare species such as the day gecko and Aldabra giant tortoise live here in total freedom. Clients can also tag on a trip to the Blue Bay National Marine Park, where they can spend hours snorkelling or marvelling at the sealife from a glass-bottomed boat while they have lunch.

Book it: Kuoni offers seven nights on a half-board basis at Solana Beach, Mauritius, in a superior room, with Air Mauritius flights from Heathrow, group transfers and one excursion, including a trip to the Ile‑aux‑Aigrettes and the Blue Bay National Marine Park. Prices for June 2017 start from £1,343 based on two sharing. agents.kuoni.co.uk 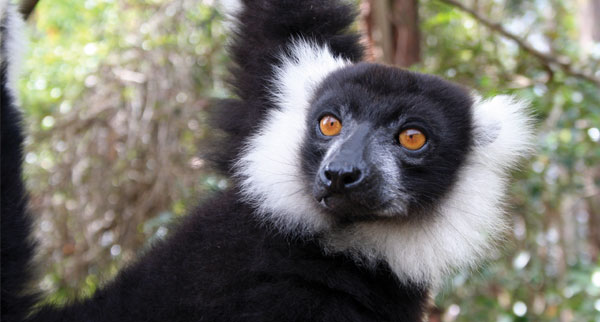 Think Madagascar, and it’s almost inevitable that the image of an adorable, bright-eyed lemur will pop into your head. These enigmatic and endearing primates are endemic to the beautiful island, which is home to about 60 species of them. Lemurs range in size from the large indri, which is also famous for its hypnotic whale-like dawn call, to the diminutive mouse lemur, the smallest of which can fit inside an egg cup.

The size of Madagascar’s wild primate population makes it unique even among other wildlife-rich islands, and clients will delight in watching the creatures up close in its various national parks and reserves.

While the lemurs will no doubt steal the show, clients are also spoilt for choice when it comes to other wildlife to look out for, as about three-quarters of the animal species on the island cannot be found anywhere else on Earth.

Other wildlife worth watching out for include a flurry of endemic birds, plus chameleons, geckos, butterflies and snakes. 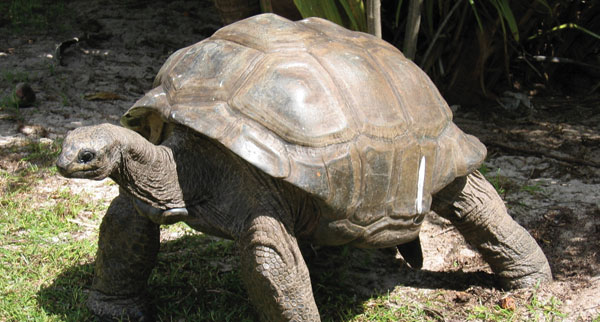 6 Giant Tortoises in the Seychelles

Clients who look beyond the sensational beaches of the Seychelles will find a destination that surprises thanks to its wildlife.

The Seychelles has one of the highest levels of unique wildlife in the world, with around 30 endemic species of reptiles and amphibians, 13 species of seabird colonies, the world’s smallest frog, and the largest population of giant tortoises living on the Aldabra Atoll.

Nikki Hain, product manager for the Indian Ocean at Premier Holidays, says: “One of my favourite experiences for wildlife is Bird Island, which is a haven for migratory birds and other wildlife, including Esmeralda, the world’s oldest and heaviest tortoise.”

When weighed by the Royal Zoological Society in the 1980s, Esmeralda, now thought to be aged over 170, broke the scales at 298kg, and made history by becoming the world’s heaviest free-roaming tortoise.

“Visitors can also see the endangered hawksbill and green turtles, which have both benefited from conservation programmes,” adds Hain.

Book it: Premier Holidays offers an eight-night holiday to the Seychelles for £1,899 including six nights’ B&B at Berjaya Beau Vallon and two nights’ full-board on Bird Island. The price includes return flights and transfers, based on two adults sharing in March 2017. trade.premierholidays.co.uk

Nick Joynes, director, Wildlife Worldwide
“Wherever you are in the world, viewing wildlife can be a thrilling experience, and the Indian Ocean is no exception. In Madagascar, we’d always advise clients to stay close to their guide and follow their instructions. Never try to interact with the wildlife – especially the lemurs – and try not to damage their habitat. Keep an eye out for smaller wildlife too – insects and invertebrates – which can be just as fascinating to learn about as the ‘main attraction’. If you can remain quiet and respectful of the fact that you’re entering a true, unspoilt wildlife environment, and allow the wildlife to control the situation, you will benefit from a heightened natural experience.”

Nikki White, director of destinations and sustainability, Abta
“As so many tourism activities involve the viewing of animals in the wild, as part of its Global Animal Welfare guidelines, Abta has developed a supporting manual focused on this issue. Wildlife tourism has many positive aspects, but if it is not managed responsibly it also has the potential to harm the welfare and habitat of the animals being viewed. Direct contact and feeding of marine mammals is unacceptable, and other areas of concern include limiting boat engine noise and flash photography, protecting the marine environment and taking additional care around young or breeding animals. If managed properly, viewing animals in the wild can offer immense economic and social benefits to local people, incentivising and encouraging them to conserve their indigenous wildlife.”