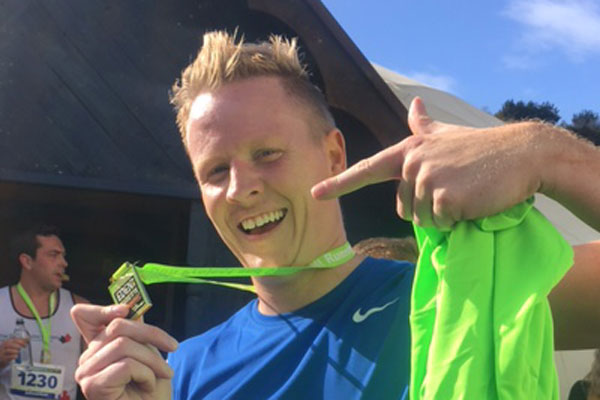 Gallery of the events

It was September ’15 when I ran my first charity challenge for Travel Weekly, a 22 mile run from sea level to the peak of Snowdon, and then back down again. It was a brutal day out, but massively rewarding to cross the line knowing I’d made a difference for an extremely worthwhile cause.

In that instance the cause was Abta Lifeline and the heart-breaking story of Mia, a travel agent who on suffering a stroke was left with Locked-in Syndrome. She was only 21 years old at the time.

Fast forward just over a year, and challenge number two is finally done and dusted too. My ‘Magnificent Seven’ as they became dubbed, have taken over the majority of 2016. As well as returning to Snowdon for a second (and far wetter) ascent of the mountain, six other events were also taken on and thankfully completed.

When I first researched the ideal running weight for effectively running a half marathon course I was almost three stone too heavy, but arguably I was spot on for the endurance runs that were to follow. It’s fair to say my build didn’t necessarily suit a triathlon either, as anyone who saw pictures of me teetering about on a racing bike will vouch.

Despite this, every challenge got ticked off, and I was lucky to be joined by good friends and colleagues from the travel industry along the way. This year the charity was JustaDrop to raise funds which will go towards a water tank at Molemuni School in Makueni County, Kenya. I’m pleased to say we beat our target and raised £3,936 plus gift aid of £529

Finally, and most importantly, I want to thank everyone who wished me luck, put up with me, asked how I was getting on, and of course donated to the cause. Within 14 months of the first event I participated in we have raised £7,791 with £1,002 of gift aid, plus the £3,000 kindly contributed by the Abta Lifeline bursary fund for hitting our target in 2015. A total of £11,793 for two amazing causes, supported by two of our most respected industry charities; I hope it will make a lasting difference to people’s lives.

For those of you I’ve subjected to a couple of years of fund raising requests, and pictures of me in lycra, you’ll be pleased to know that 2017 (as it stands!) is going to be a ‘year off’, but maybe 2018 will need a challenge that’s more than just ‘Magnificent’ – suggestions welcomed!

It’s not too late to donate at JustGiving