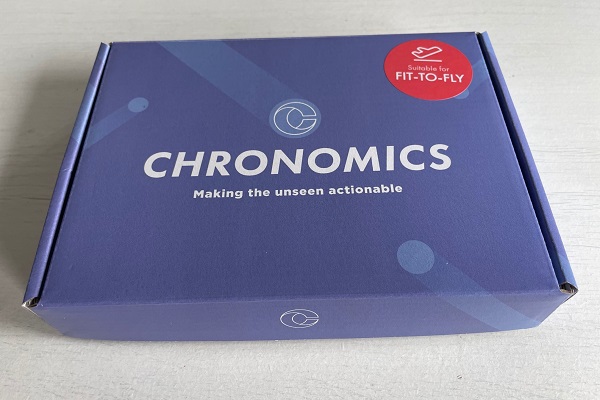 Covid testing is one more thing on the holiday packing list but it’s not onerous, says Ben Ireland as he flies to Madeira

I was looking through the list of government-approved Covid testing firms for the most simple solution ahead of our May 17 departure to Funchal, Madeira, when Tui announced it was offering a £20 package. The headline price drew my attention.

At that point, I knew I was travelling with Tui but not where, as we were awaiting confirmation of the government’s green list, which was published the following day.

The situation felt comparable to a holidaymaker who might have booked a package in advance, perhaps to an amber destination, awaiting confirmation it will go ahead.

Tui to offer PCR tests for travel from £20

And while costs of individual PCR tests were as low as £44.90 beforehand, including through other travel agents as a result of negotiations by their consortia, the £20 offer seemed pretty palatable. Closer to a round of drinks than a meal out.

There are of course four different Tui packages to choose from, ranging from £20 to £90.

And it’s important to note Tui is subsidising the price. We don’t know by exactly how much, but perhaps the company sees the benefit of reducing the headline cost so customers don’t feel like it’s quite as onerous an expense. Some smaller travel agencies have since made the same move.

Tui recently reported average prices are 22% higher than in summer 2019. Maybe this is allowing them to swallow some of the cost? The main thing for the industry is getting bums on seats and showing that travel for holidays is safe.

It’s certainly hard to argue with the theory that Tui has laid down a marker with the £20 offer, which could convince a fair few customers to book with its agents rather than competitors.

I took Tui’s £60 green list option: a PCR test for the journey to your destination, an antigen test to take before the return flight, and a PCR test for day two after our return.

I’d imagine most of us have become fairly accustomed to the testing process, certainly anyone with children or who is back in the office on a semi-regular basis.

You know the score: swab of the tonsils, up the nose and plonk it (carefully) in the biohazard envelope. Easy. It usually involves a sneeze, for me. Others report a touch of gagging.

Once you’ve taken your test you have to drop it at a designated Tui store. Mine was en route to the lab about 65 hours before departure so I felt comfortable with the time allowed for delivery and lab analysis.

Results were confirmed over email by the time I woke up on Saturday. Negative, hurrah!

I’ve packed the antigen test to take while we’re away, and will repeat the PCR process on day two of our return.

The only thing that is out of your hands is the delivery, and the use of a courier gave added comfort to knowing the test would make it on time.

I’m sure there are many, like me, who always forget something when packing for a holiday, but I don’t expect Covid tests to fall into the bracket of items you might not remember.

Flip-flops, sunglasses or plug adapters may be easily forgotten, but making sure you arrange a test feels closer to checking your passport is in date or having your Yellow Fever jab. You’re not going to leave it to the last minute.

I had to show proof of my negative test at check-in, both from the testing provider directly, and – because I’m travelling to Madeira – on the Madeira Safe app. While the check-in process took slightly longer, it’s just another thing on the check-list. Preparation will speed this up.

For the purposes of international travel, it really shouldn’t be an issue for most people – provided it’s affordable and you know you’ll have your results in time.

And it’s likely to be with us, in some capacity, for a long time yet.

Tui to offer PCR tests for travel from £20