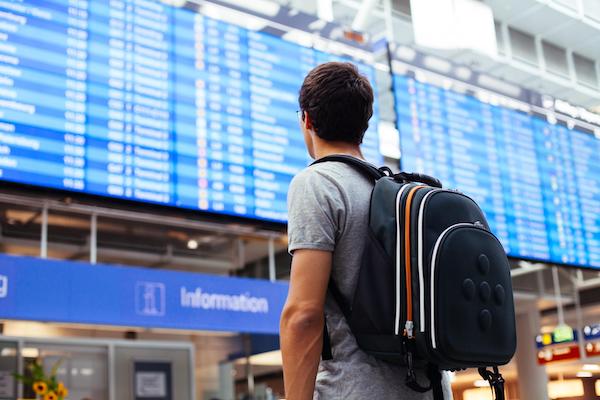 A pan-European poll suggests support for vaccination ‘passports’ for travellers is strongest in the UK, but there is opposition in other major European markets.

The poll, carried out on behalf of Euronews by market research firm Redfield & Wilton Strategies, found the proportion of adults in Europe’s major markets not intending to travel anywhere on holiday this year outnumbers those planning an international break.

Researchers canvassed 6,000 adults in the UK, Germany, France and Italy. They found 69% in the UK support the introduction of ‘vaccine passports”, 65% in Italy, 53% in Germany and 39% in France.

The same proportion in the UK (69%) said they support restricting travel aboard to those who have been vaccinated.

Almost half the respondents in the UK (46%) and in Germany (46%) said they do not intend to travel anywhere on holiday this year including domestically. In France, 43% said they would not travel anywhere and in Italy 39%.

One in five respondents in Germany (21%) and the UK (20%) said they do intend to travel abroad this year, and roughly the same proportion (18%) in France, but just 13% in Italy.

Higher proportions in all markets except Germany intend to take a domestic holiday – 39% in Italy, 27% in France, 25% in the UK and 21% in Germany.

And a significant minority intend to take holidays abroad and domestically – 12% in Germany and France and 9% in the UK and Italy.

The survey was conducted online on February 25-27 in Germany, France and Italy and on March 1 in the UK, with 1,500 adults surveyed in each country.