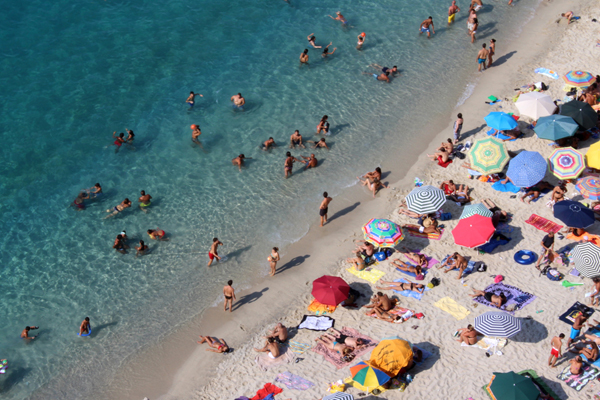 Health secretary Matt Hancock said “the door is not shut” on international travel this summer, as Covid restrictions begin to ease in England.

When asked if there may be foreign holidays this summer, he told ITV’s This Morning: “There may well be, I wouldn’t rule that out.

“The door is not shut, it’s just too early to say, but what we can say with confidence is that the unlocking at home is on track.”

He also told the programme that he is planning to take a summer holiday in England this year.

Prime minister Boris Johnson later confirmed that the government would unveil “a bit more” about the findings of the Global Travel Taskforce on April 5, but stressed that more detail would not be provided until “at least April 5”.

At the Downing Street press briefing on Monday, he was asked about travelling overseas to visit family and he reiterated the importance of preventing the virus coming back from abroad and preventing new variants.

“It is still forbidden to travel,” he said.

“We will be saying a bit more on April 5, about what the Global Travel Taskforce has come up with.

“There is a list of countries on the red list, 35 countries, with very stringent measures in place.

“We will be saying more about seeing family abroad and travel abroad but it won’t be until at least April 5.”

The full details of the Global Travel Taskforce are expected to be announced on April 12.

When asked about rising rates of infection in France, Johnson said: “We are looking very closely at what’s happening in France; it is under constant review.

“Our trade in medicines and food does depend on those short straits.”

On summer holidays abroad, he told Sky News “caution is the name of the game here”.

“Remember you can have a holiday in the UK as well and I encourage people to do that and plan for that as well,” he said.

Over the weekend, culture secretary Oliver Dowden said challenges exist around the resumption of international travel from the UK.

Concerns surround rising Covid infection rates around Europe but “all options” are under consideration as part of the government’s Global Travel Taskforce review.

He acknowledged that a traffic light system to enable international travel, allowing shorter quarantine periods with increased testing, was being looked at.