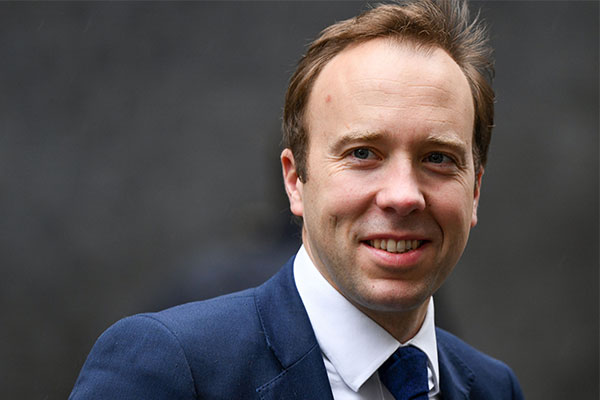 Health secretary Matt Hancock has defended the government’s approach to implementing stricter border controls after facing questions over the speed and breadth of the rollout.

The government last week announced plans to introduce mandatory stays in quarantine hotels for arrivals from more than 30 high-risk countries, with reports on Tuesday suggesting the approach would begin from February 15.

It also said it would impose tighter restrictions on those attempting to travel and those arriving in the UK who are required to self-isolate for 10 days at home even if they have not travelled from a “red-list” country.

The Scottish National Party’s health spokeswoman Philippa Whitford asked Hancock to “reconsider the very minimal quarantine plan to extend to all incoming travellers”, echoing calls made in a Labour motion on Monday.

Referring to separate comments made by Boris Johnson on Monday that he was “optimistic” about a summer holiday season, she added: “As new strains brought in through holiday travel last year contributed to the second wave of coronavirus, is the PM seriously suggesting people should go abroad on holiday this summer?”

And replying to Labour MP Angela Eagle about whether the government had been slow to respond to advice from the Sage group of scientific advisors over the South African Covid variant, he said the decision to remove all travel corridors from January 18 had been taken to ensure self-isolation was mandatory for all international arrivals.

In a statement to the Scottish parliament, Sturgeon said she believed managed quarantine should go further than the rules implemented by the UK government, adding that more detail would be provided “as soon as possible”.

She said: “The firm view of the Scottish Government is that in order to minimise the risk of new strains coming into the country, managed quarantine must be much more comprehensive.

“I can therefore confirm today that we intend to introduce a managed quarantine requirement for anyone who arrives directly into Scotland, regardless of which country they have come from.”

Mike Tibbert, vice president of the SPAA, said in response to the statement: “Measures which protect public health are vital and the SPAA has always supported a stance which guard our borders, particularly against newly identified strains. We understand that there must be restrictions in the short and medium term until the vaccination programmes across the world give more confidence about travel.

“However, today’s first minister announcement that anyone arriving directly into Scotland, regardless of which country they have come from, will have to enter managed quarantine is virtually a moot point as this directive relates to a very small prospective amount of inbound travellers who already would have to provide a negative certificate and self -isolate upon arrival regardless.”

He added: “What the SPAA has been asking for, since the early days of the pandemic, is a clear roadmap out of what is realistically a terminal situation for the Scottish travel sector. Scotland urgently needs a plan for how our country will return to travel, and targeted financial support for the whole sector.”