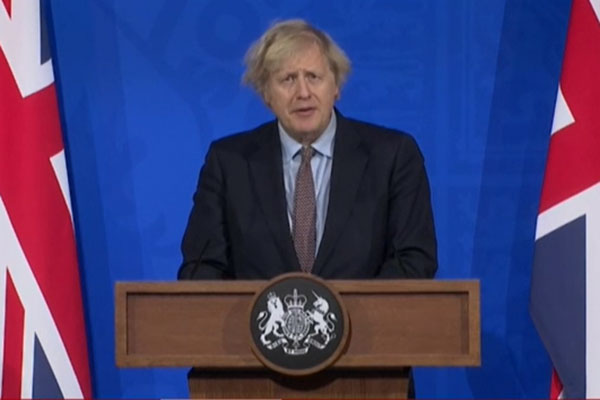 Full details of the government’s travel restart plans are not expected on Monday despite PM Boris Johnson promising to say “a bit about what the Global Travel Taskforce has come up with on April 5”.

More is expected on April 12 when the Taskforce report is due for publication. Johnson is expected to unveil a traffic-light system ranking countries not just on rates of Covid-19 infection, vaccination and testing but the prevalence of variants.

An industry source suggested April 5 might see no more than “a statement of direction of travel, a softener for good news or a need to be cautious”, saying: “They’re frantically pulling the report together. It needs to be discussed across government. There might not be much detail.”

Full details may not come on April 12, either. The source said: “We don’t think we’ll have something definite on April 12. It might give a framework but have triggers that need to be met. We need to be realistic.”

Various three or four-colour traffic-light schemes have been trailed in the media, with different combinations of testing and quarantine. The source said: “It’s not the colours that matter, it’s the restrictions and that decision is probably not made yet. The devil will be in the measures in place for any country. We might not know till nearer the restart.

“[But] the main thing we want is a robust model we can deliver operationally.”

To be robust, the system will need to incorporate changes to the rating of countries. The source noted: “People might feel clarity means a plan that doesn’t change. But that is not going to happen. The stricter the measures, the earlier we could open. Fewer restrictions could mean we have to wait. But you either delay or have a stronger regime.

“If the situation in Europe was more stable, the job would be easier. There is no question there is a challenge. The government is being extremely cautious and it’s understandable.”

The source added: “The report is one thing. Implementation is another. Too many people have taken May 17 as a ‘strong’ date. We’re not hung up on the date.”

A second industry source agreed: “We expect Boris to respond fully on April 12 [when] there could be quite a bit of detail about what a traffic-light system looks like, but little on what countries are where.

“In a way, this review is a month too soon. Europe is a basket case at the moment, but the EU will get 300 million vaccines in the next month [and] we’re getting more data on whether vaccines are effective against the variants. We could see a recovery from June.”

The restrictions on ‘green’ destinations remain “the million-dollar question”, said the source, adding: “A travel corridor should probably not have many restrictions, but we don’t know the government will go for that. They might say you need a test.”

The source warned: “The government is weighing up the cost of a vaccine resistant variant coming in, against the cost of not restarting travel and you can see which is the lesser of two evils.”