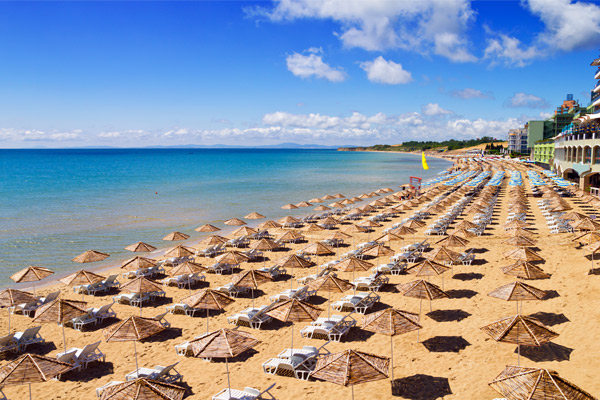 Just one in 20 UK adults are confident they will be able to take a holiday abroad this summer, according to latest YouGov research.

YouGov polled more than 5,000 UK adults yesterday (February 11) and found just 5% confident they will be able to travel overseas following repeated declarations by ministers that it’s “illegal to travel now” and “too soon to book”.

More than four out five (83%) said they were not confident.

More: UK consumers are increasingly interested in spreading out payments for travel

The proportion of young adults (aged 18-24) confident they would have a holiday abroad was higher at 13%, but confidence diminished sharply with age.

Media reports have suggested there has been a glut of travel bookings by those over 65.

There was a small regional difference in the poll results with 7% of Londoners expecting to be able to go away compared with just 3% of those in Scotland.

YouGov found about one in 10 UK adults have already booked a UK summer holiday this year and almost as many a holiday abroad despite the government’s undermining of confidence to travel.

The findings suggest a significant proportion of those booked to go abroad are no longer confident they will travel.

London showed the lowest rate of overseas bookings at just 5%, despite the slightly greater confidence among Londoners that travel will be possible.

Younger adults were the most likely to have booked an overseas holiday, with 10% having done so.

Responding to the mixed messages from cabinet ministers, Miles Morgan, chairman of Miles Morgan Travel, told LBC that the travel industry needs the government to set out the requirements for a restart when the prime minister updates the nation on February 22.

“What they are looking for…is certainty around the measures and the conditions required for travel this summer,” he said.

He is not expecting long-haul travel to open up until at least the autumn but wants to see requirements about infection and vaccination rates in European destinations, and which testing protocols will be needed.

“We need it laid out, some certainty for the industry to plan because, clearly, airlines and holiday companies can’t just flick a switch and make holidays happen. Thousands of seasonal workers are required,” he said.

“My expectation is that there will be short-haul, Med-based holidays on a limited basis. Med fly-and-flop – there is a good chance.”

Thomas Cook chief executive Alan French told Sky News that, despite the government’s messages, “underlying demand for holidays is not going away”.

“People will want to go away as soon as they can do that safely. We are ready for that,” he said.

He reminded viewers that customers will be refunded if holidays are cancelled.

Most bookings are for Turkey, Greece and Spain, he said, but some people are “pushing the boat out” and buying holidays to the Caribbean, Mexico and Indian Ocean.

Steve Witt, Not Just Travel co-founder, said: “Our viewpoint is that [Grant Shapps] has been misquoted and really it’s about context.

“It’s illegal to travel now, but it’s not illegal to book a holiday. We are in a pandemic and lockdown, no-one should be looking to go on holiday now.

“We should all do the right thing, and if that’s waiting to go on holiday, that’s ok. We have to pull together as a nation, support the NHS and protect our loved ones.”

More: UK consumers are increasingly interested in spreading out payments for travel