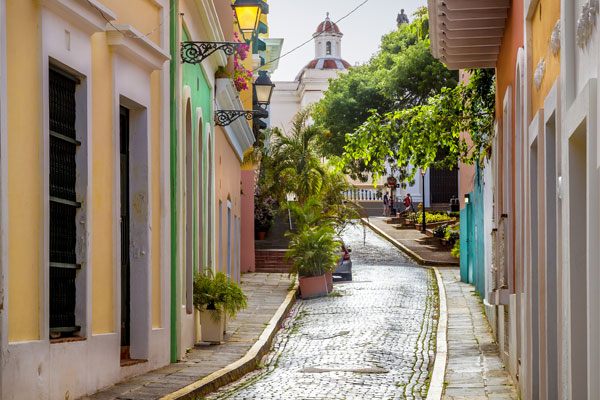 As I strolled along the cobblestone streets of Old San Juan, it reminded me of a scrubbed-up Havana: the pastel‑hued paintwork, the wrought-iron curlicues of the balconies, the aroma of slow-smoked pork and the strains of Despacito drifting from an oceanfront bar.

Puerto Rico sits in the middle of the Caribbean, sandwiched between the Dominican Republic and the Virgin Islands, about 1,000 miles southeast of Miami, with a cosmopolitan mix of Spanish, African, North American and indigenous Taino influences.

Almost two years after hurricanes Irma and Maria battered the island, it’s bounced back better than before, with a winning combination of luxury hotels, world-class beaches, farm-to-table restaurants and lashings of laid-back island charm.

And after being spared the worst of Hurricane Dorian this week, the island’s recovery looks set to continue.

“Puerto Rico is the hidden gem of the Caribbean,” says Brad Dean, chief executive of Discover Puerto Rico. “Undiscovered by many in the UK, the island offers beautiful natural wonders and one-of-a-kind experiences, along with a rich and vibrant culture.” 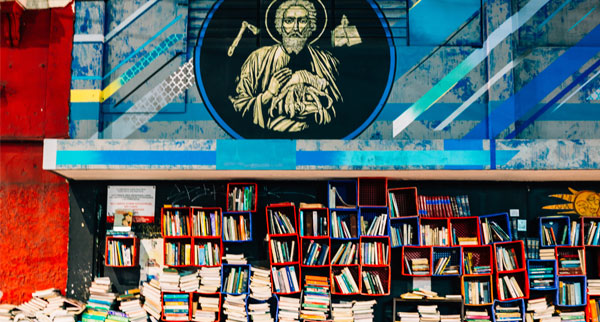 There’s a wealth of activities on offer, from cuisine-and-culture tours to a mixology class at Bacardi’s ‘Cathedral of Rum’. Water-based adventures include everything from diving and snorkelling to surfing, paddleboarding and kayaking, plus catamaran cruises to idyllic cays. Back on dry land, there are 17 golf courses within easy reach of the capital.

Room inventory is back to pre-hurricane levels and, with a few exceptions, all the large hotels and resorts have used closures to undertake major refurbs. They include The Dorado Beach, A Ritz-Carlton Reserve, 23 miles to the west of the capital, which reopened last October; the El San Juan Hotel, part of the Curio Collection by Hilton, which reopened in December fresh from a $65 million makeover; and the St Regis Bahia Beach Hotel, 25 miles to the east, which also reopened in December following a $60 million renovation.

On the food front, local chefs are mixing up island produce and sophisticated culinary techniques at new restaurants such as Vianda, Raya by Mario Pagán and Caña by Juliana Gonzalez. Gourmet food truck parks are also springing up, such as Lote 23 in San Juan’s Santurce, an up-and-coming neighbourhood with a host of boutiques, bars, cafes and restaurants.

Cruising has continued as normal. San Juan’s port in the heart of the old city reopened just two weeks after hurricane Maria. It is expected to host an estimated 1.8 million passengers in 2019.

Next year sees the opening of District San Juan, an entertainment complex close to San Juan’s Convention Centre – the most technically advanced in the Caribbean – with attractions including a 6,000-seat concert hall, an urban zipline and a day/night disco. 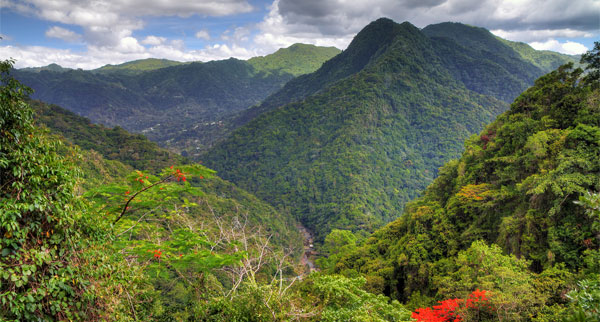 Outside the capital, unmissable El Yunque is the only tropical rainforest in the US National Forest System, where you can hike the jungle trails to a soundtrack of vociferous coquí frogs. Some of the trails are closed for repair following the hurricane, but tours from the capital are still operating, often paired with a night kayak of Fajardo’s sparkling Bioluminescent Bay – one of only five in the world, three of which are in Puerto Rico.

A 30-minute hop by puddle jumper from San Juan or an hour by ferry from Ceiba, the islands of Vieques – which has its own Bio Bay – and Culebra are pocket-sized paradises. Both have protected nature reserves and showstopping beaches, with Culebra’s Playa Flamenco regularly featuring on the ‘world’s best’ lists.

“Next year marks a special moment as we celebrate the 500th anniversary of the founding of Old San Juan,” says Dean. “There’s never been a better time for visitors to come to Puerto Rico.”

Fly from Heathrow via Miami with British Airways and American Airlines, via Madrid with Iberia, or via New York with Delta and Virgin Atlantic.

Funway Holidays offers seven nights at the four-star San Juan Marriott Resort & Stellaris Casino in Puerto Rico from £1,560, including flights from Heathrow with Virgin Atlantic. The price is based on two adults sharing, departing on December 12.
funway4agents.co.uk 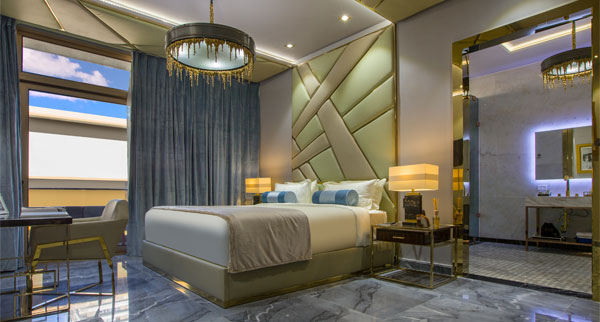 El San Juan Hotel, Curio Collection by Hilton, Isla Verde
This grande dame’s lobby is all gleaming marble floors, mahogany ceilings and glittering chandeliers. Rooms are bright, and there’s a fitness centre and pampering spa. Dine on gourmet local fare at Caña, then dance the night away at nightclub Brava. Rates from $239 per night in low season.

St Regis Bahia Beach resort, Rio Grande
Set on an expanse of icing-sugar sand and surrounded by tropical greenery, this sophisticated resort’s rooms and suites are spacious and bright. Lounge by two pools, get pampered at the spa, take a nature tour and feast on Greek-inspired or gourmet Puerto Rican cuisine. Rates from $599.

Touring Cuba: Havana, Trinidad and Vinales
The best cities in the Caribbean
The best colonial-era cities in Central America