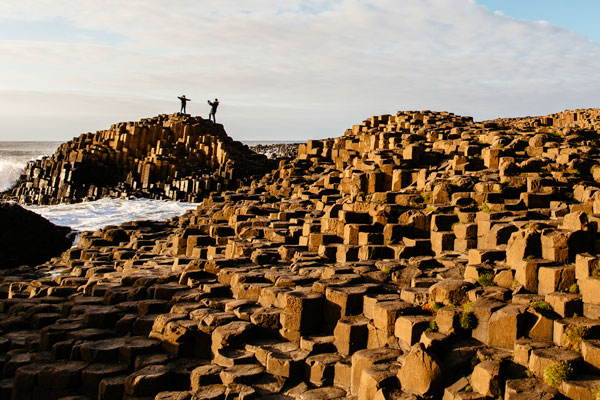 If clients are disappointed at delaying their dream theme park break, switch-sell to the best outdoor attractions at home, writes Katie McGonagle.

Theme park holidays aren’t like your average package break – people save for them, dream about them and get little ones excited for months, even years, ahead of travel, so it’s even more heartbreaking to tell your clients they have to postpone given the current travel restrictions. While you plough your efforts into encouraging them to defer, rather than cancel, their big-ticket break to later in the year or even to 2021, what can you do in the meantime?

“With many fewer foreign visitors travelling to our shores, clients would be doing their bit to keep the British tourist economy going.”

With the industry’s hopes pinned on recovering some of their lost business this summer, consider offering customers a domestic break visiting some of the fantastic attractions closer to home, once government recommendations on travel are relaxed.

The UK and Ireland are awash with great places to go, from natural beauty spots to outdoor adventures, grand historical sites to craggy coastlines, and with many fewer foreign visitors travelling to our shores, clients would be doing their bit to keep the British tourist economy going.

Giant’s Causeway: Legend has it that ancient giant Finn McCool (or Fionn mac Cumhaill, in the proper Gaelic spelling) created the causeway as part of a path from Northern Ireland to the west coast of Scotland. But the path was torn up in a fight with fellow Scottish giant Benandonner, leaving only a smattering of the dark basalt columns edging the wind-whipped coast of Northern Ireland. Whether you believe the legend or the science, this natural attraction is not to be missed. Visitors can climb across its perfectly formed hexagonal columns, looking out for notable spots such as the Giant’s Boot (said to measure at a mammoth shoe size of 93.5) and the well-worn Wishing Chair, or embark on a five-mile clifftop hike to see the causeway from above. 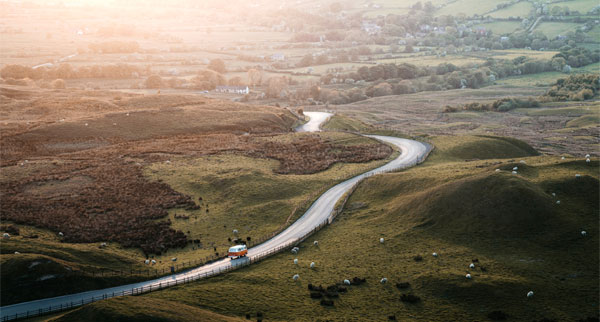 Peak District: One of the UK’s biggest attractions is its bucolic scenery, and some of the best can be found in the wide, open spaces of the Peak District, where you might not see another soul for miles. Enjoy the rolling green hills of Dovedale, hike or cycle along the Tissington Trail, or take in the scenery from one of the best viewpoints in the area at the top of Mam Tor. If it’s your first foray into walking holidays, try a specialist such as HF Holidays, which has self-guided options or breaks aimed at families, and can provide detailed maps, notes and tips such as where to find the best tea rooms (or pubs!) en route.

“Enjoy the rolling green hills of Dovedale, hike or cycle along the Tissington Trail, or take in the scenery from one of the best viewpoints in the area at the top of Mam Tor.”

Ring of Kerry: Ireland’s most famous driving route is the Ring of Kerry, a 110-mile journey through some of the prettiest stretches of southwest Ireland. The scenery is as enchanting as you’d expect of the Emerald Isle, passing through the rugged green landscapes of Killarney National Park; the wild, sandy shore of Rossbeigh Strand; and the stunning mountain pass of Moll’s Gap, overlooked by the MacGillycuddy’s Reeks range.

Stonehenge: It’s one of the world’s most famous prehistoric monuments, with roots as early as 5,000BC and a unique stone circle dating from the Neolithic period, around 2,500BC. Walking alongside those standing stones, imagining the effort it took to get them there and the lives of the people who might have come here to worship their ancestors or watch sunrise at the summer solstice – depending on which theory you subscribe to about why it was built – is a useful reminder of how much history we have on our own doorstep. 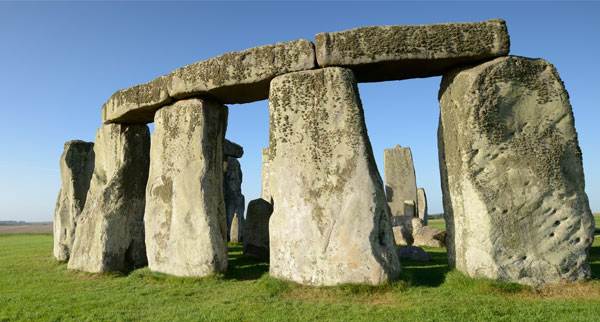 Oxford: This university city isn’t quite as ancient as Stonehenge, but it can trace its days as a centre of learning back as far as the 11th century, when Henry II put a stop to English gentlemen heading across the channel to study in Paris. Now, its ‘dreaming spires’ draw students, academics and tourists from across the world, and mix traditions such as formal hall dinners and wearing academic gowns with some of the most cutting-edge research around. Look out for Harry Potter filming locations in Christ Church College, the enormous quads of Trinity, and the much-photographed circular science library housed in the Radcliffe Camera building.

“Take a stroll along the Quayside, stop for a coffee on the cobbles of Battery Square, and get a selfie by the striking turrets of Castell Deudraeth.”

Portmeirion: This curious little slice of Italy on the fringes of Snowdonia National Park in north Wales was completed in 1926 as the passion project of architect and environmentalist Sir Clough Williams-Ellis. He drew inspiration from the architecture of the Riviera to plan rows of houses in rainbow shades, ornamental gardens with perfectly manicured lawns, and even a campanile redolent of his beloved Italy. Take a stroll along the Quayside, stop for a coffee on the cobbles of Battery Square, and get a selfie by the striking turrets of Castell Deudraeth, once the home of the local MP. 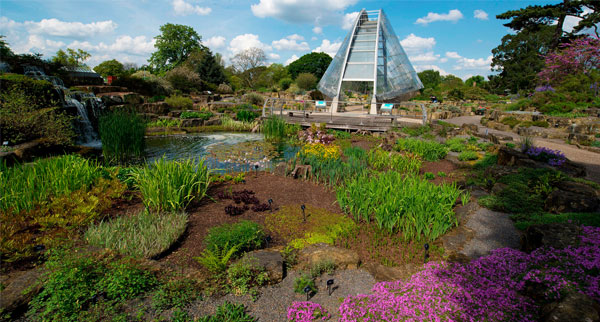 Kew Gardens: The English have always been known for their gardens, and Kew is up there with the best of them. The site is made up of Tudor-era royal residences, but can trace its origins as a botanic garden to 1759. A handful of trees, known as the Five Lions, still survive from the mid-18th century. Explore those and more in the Arboretum, wrap up warm for the cool temperatures of the Davies Alpine House, enjoy a moment of calm in the Japanese Landscape gardens, or take a stroll through the treetops on a specially designed canopy walkway.

“Presided over by as grand a castle as you’ll ever see – its turrets and crenellations look like a child’s drawing brought to life – the gardens are full of flora.”

RHS Garden Wisley: It’s fitting that this Surrey garden comes next, as it’s second only to Kew in its number of visitors, and is one of just five gardens run by the Royal Horticultural Society. Look out for bananas and palm trees in the Exotic Garden, the waterlily-strewn Jellicoe Canal, lush ferns and creepers in The Glasshouse, the peace and quiet of Wisley’s oldest garden at Oakwood, and the delightful fragrances of the Bowes-Lyon Rose Garden.

Inveraray Castle: England doesn’t have the monopoly on fine country gardens – there are some impressive green spaces north of the border too, not least at Argyll’s Inveraray Castle on the western shores of Loch Fyne. Presided over by as grand a castle as you’ll ever see – its turrets and crenellations look like a child’s drawing brought to life – the gardens are full of flora that flourishes in the cooler Scottish climate. Expect a sea of red, white and pink rhododendrons and azaleas in spring and summer, along with more subtle shades of heather and rose, across the gardens’ 16 acres, and look out for the ‘flag borders’ on each side of the central walkway, where the paths have been laid out in the shape of the saltire from the Scottish national flag. 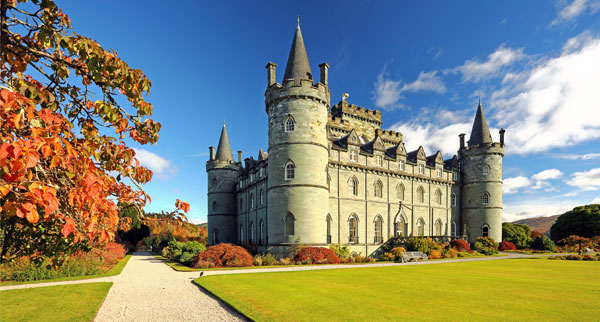 All attractions listed were open when this article was posted, but it’s advisable to check online before booking.

Nature: HF Holidays offers a three-night Peak District Self-Guided Walking Holiday starting at £289 per person for departures in July or August, with full-board accommodation at The Peveril of the Peak near Thorpe. hfholidays.co.uk

“There is also a Harry Potter-themed option visiting some of the films’ memorable locations, priced at £89 for a group of four.”

History: Attraction World sells a two-hour Oxford City & University Walking Tour for four starting at £39, leading visitors on a stroll along the River Thames, delving into some of the university’s colleges as well as a medieval church. There is also a Harry Potter-themed option visiting some of the films’ memorable locations, priced at £89 for a group of four. attractionworld.com

Gardens: Great Little Breaks offers a two-night RHS Garden Wisley Break with B&B accommodation at The Talbot Inn, dinner on the first evening, and entrance tickets to the garden, from £135 per person.
greatlittlebreaks.com 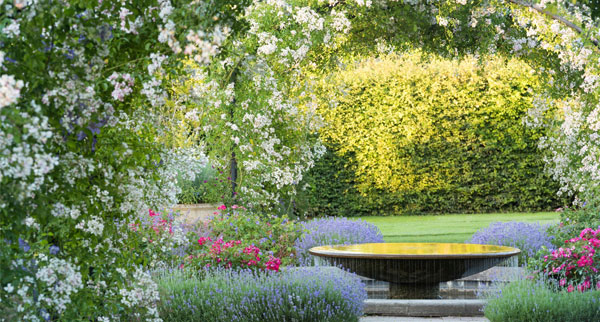 A weekend in the historic city of Bath, Somerset
Quintessential English countryside escape at Studley Castle
Explore the history and raw natural beauty of the Scottish Highlands