Where in the world is Walla Walla? On finding out I’d be tagging a couple of days on to my stay in Seattle to explore this city, set inland near the Washington-Oregon border, my first reaction was to reach for a map.

I’d never heard of it, and chances are your clients won’t have either, but it’s fast becoming a hotspot for wine lovers across the US – the rest of the world just hasn’t cottoned on quite yet.

Thanks to a quirk of geology and geography, placing it on the same latitude as the likes of Burgundy and Bordeaux, the soil here offers ideal growing conditions for the grapes that go into syrahs and other fruity reds.

“I’d never heard of it, and chances are your clients won’t have either, but it’s fast becoming a hotspot for wine lovers across the US.”

Yet its explosion on to the wine scene has been relatively recent, transforming Walla Walla from a region known for wheatfields and apple orchards – plus a rather grisly history with the indigenous Cayuse people when it was a stopping point on the Oregon Trail – into a magnet for independent winemakers and innovative restaurateurs.

Now, it has 120 wineries to its name, many of which are open to the public or have tasting rooms right on Main Street, so you can flit from one sunny terrace to another sampling local wines straight from the cellar. 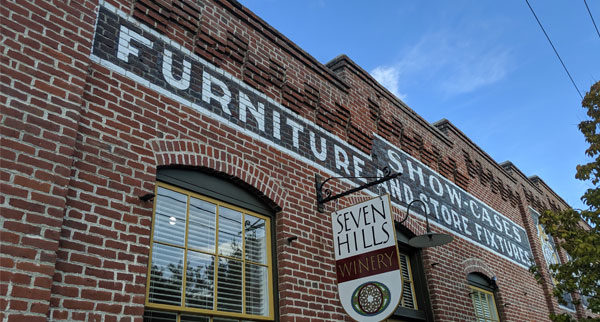 You won’t go far wrong with any of the wineries here, but among the standouts are L’Ecole, set in the former schoolhouse; Seven Hills Winery, just off Main Street in a refurbished mill; and Abeja Winery and Inn, which has a quaint farmhouse-like feel.

British couple Naina and Anand Rao, who opened The Barn B&B in 2019, have witnessed Walla Walla’s metamorphosis first-hand. “The first time we came, in 2006, we fell in love with it,” says Naina. “But there weren’t many businesses – it used to go to sleep by 7pm.

“The wine industry has brought so much to this town – buildings are being refurbished, restaurants are opening, boutiques are opening up. There were only 23 wineries at the time, now there are more than 120.”

“Walla Walla manages to combine character-filled accommodation and a small-town feel with a food and wine scene worthy of any big city.”

The peaceful seven-room B&B is no exception to that burgeoning food scene, serving three-course breakfasts and delicious dinners inspired by Naina and Anand’s globe-trotting past, along with modern, well‑appointed rooms, outdoor showers and a hot tub and pool with views of the Blue Mountains.

It’s one of a wave of new openings, which also includes high-spec resort Eritage, a 300-acre site with its own lake and vineyard.

Walla Walla manages to combine character-filled accommodation and a small-town feel with a food and wine scene worthy of any big city, so even if you haven’t heard of it before, it won’t be long before the secret’s out.

Walla Walla is a 45-minute flight or a four-and-a-half-hour scenic drive from Seattle. Rooms at The Barn B&B start at $350 a night including a three-course breakfast and one complimentary dinner per stay. bnbwallawalla.com wallawalla.org