This oft-erupting geyser played a decisive role in putting Yellowstone on the map, prompting its inscription as the world’s first national park in 1872. It remains the park’s mostvisited attraction, with staff able to predict its eruptions – 20 a day, and sometimes reaching as high as 56 metres – with surprising accuracy. It even has its own webcam for those who’d like to watch the action from home.
nps.gov/yell 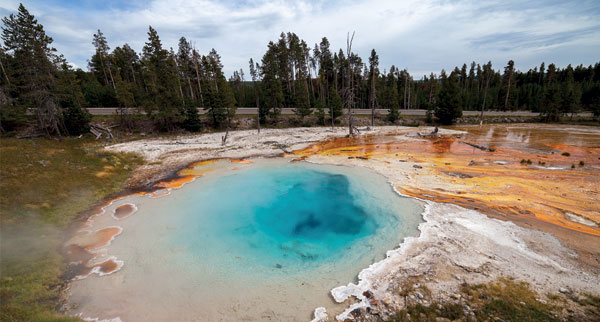 Yellowstone is a hotbed – sometimes quite literally – of geothermal activity, and nowhere is that more apparent than the half-mile boardwalk trail around Fountain Paint Pots in the Lower Geyser Basin. Here, bubbling pools of thick clay-like mud whoosh and gurgle with heat, fumaroles spout steam into the air, hot springs shimmer in flashes of vivid blue and green (depending on the mineral make-up of the water) and the nearby Fountain Geyser sends jets of water into the sky several times a day. 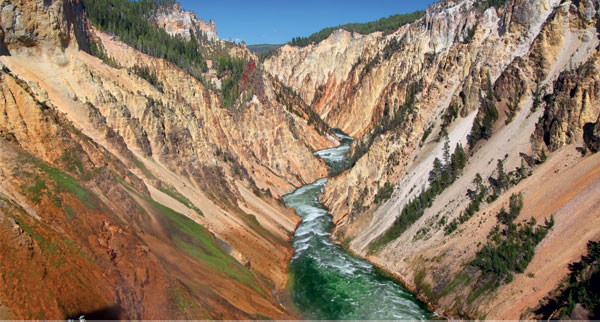 At 370m deep, this canyon isn’t quite as ‘grand’ as its namesake, but it’s still mighty impressive. Its craggy rockfaces are streaked with red, orange, yellow and black – the shade depending on the iron content of the rock – and punctuated by three powerful waterfalls cascading down to the swirling waters of the Yellowstone River below. There are miles of hiking trails leading to varying viewpoints over the canyon, and spots including Inspiration Point are accessible to travellers in wheelchairs. 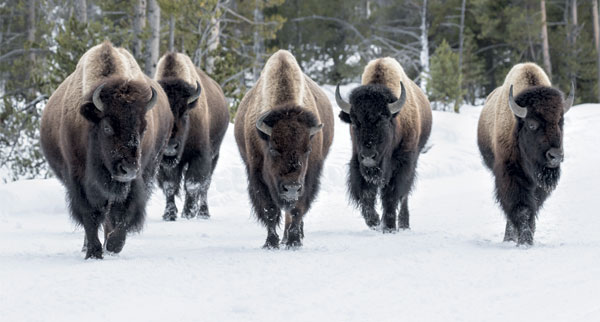 With 2.2 million acres of wilderness at their disposal, Yellowstone is awash with 61 species of mammals, most notably black and grizzly bears, moose, elk, bison and bighorn sheep. Native wolves were reintroduced to the area in the mid-90s and knowledgeable guides can take guests to the best viewpoints in Lamar and Hayden Valleys, while explaining the creatures’ complex social structure and power struggles between competing packs. 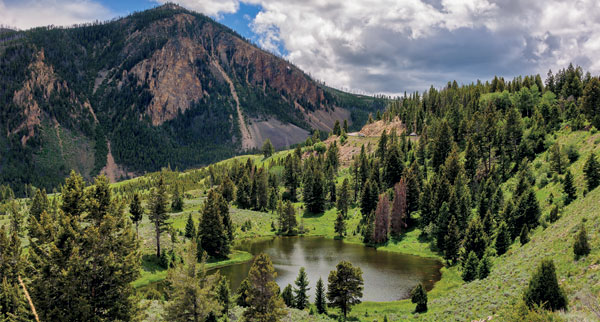 When to go: Summer or winter?

There are pros and cons to each season, so it’s down to what your clients are looking for from wildlife – which varies month by month – and accommodation, as only a few lodges remain open once snow sets in, from October to May. If they want the warm weather and verdant scenery of summer, they’ll have to put up with the crowds, but while the snow-blanketed landscapes of winter mean missing out on hibernating bears, this season has its own ethereal beauty – provided they bring extra layers.