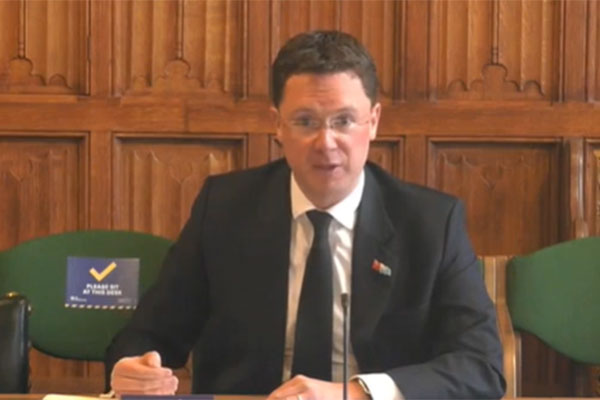 The government has rejected claims that it aims to restrict foreign travel this summer by retaining the risk of quarantine for travellers and insisting on costly PCR Covid tests for travel to low-risk countries.

MPs challenged aviation and maritime minister Robert Courts repeatedly over the limitations of the Global Travel Taskforce report when he appeared before the Transport Select Committee today.

Courts responded by suggesting the requirements could be relaxed following the initial restart as he told MPs more than once: “The point of re-opening is not the end state.”

Industry expects ‘soft’ restart on May 17

He said: “We are trying to protect public health and also trying to unlock foreign travel.

“I want to see people on planes and ships again. But it must happen in a way that is robust and sustainable. So we have this balancing act.”

Courts argued the taskforce report, published on April 9, “lays out the framework” for restarting international travel and said: “It is a framework that balances twin imperatives. It has to be robust and sustainable. None of us want to be going backwards.”

Asked if it was the government’s intention to limit the number of people travelling, he said: “No, I don’t accept that. I accept this is a cautious plan. It is intended to enable people to travel but not a need to go backwards.”

The minister defended the lack of detail in the report, including the failure to indicate which countries may be on the green list for travel under the new traffic-light system.

He insisted: “There are a number of things we’re still working on and will be providing detail on. We will announce which countries are on which list and will be working to drive down the cost of testing.”

Courts argued: “There is a tension between giving certainty and being accurate. We said there will be no travel before May 17. We need to be in a position where we make decisions on the data that exists at the time.

“In early May we’ll be able to give more details on which country falls in which category. We would like to give as much notice as we can commensurate with the data at the time. The alternative is we have to change [the detail].

“We will provide the detail of which country is in which category, but we can’t at this point. I accept there are people who want to know now.”

He said the categorisation of countries would depend on factors including vaccination deployment, infection rates and variants of concern and the review of these would take place “around the beginning of May”.

Courts also declined to say how much travel there might be through the summer, but he suggested the requirements could change following reviews planned by June 28, July 31 and October 1.

He told MPs: “We’ve laid out a framework. There are three checkpoints when we will be reviewing policy.”

The minister defended the taskforce process against criticism from the committee, saying: “We had a process of wide-ranging engagement. It is a very clear framework and it does provide clarity.

“It provides the framework in which travel will restart in a robust and sustainable fashion. How this will work is what we’re working on now. This framework is what the report was always intended to do.”