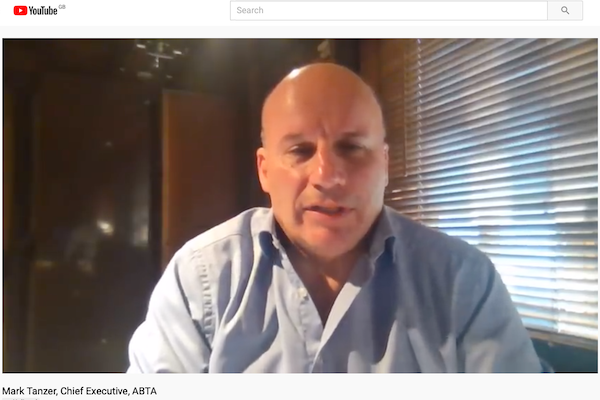 The government’s insistence on PCR tests for travellers returning from low-risk countries is taking “a sledgehammer to crack a nut”, Abta chief executive Mark Tanzer has told MPs.

Tanzer appeared before the Transport Select Committee today to give evidence on the government’s Global Travel Taskforce report and criticised the restrictions on the traffic-light system it proposes as “over cautious”.

He described the requirement for PCR tests on travellers returning from ‘green’ countries as “a sledgehammer to crack a nut” and suggested reducing the cost of tests would not be enough.

Tanzer said: “£60 is better than £120, but £60 per person is still a lot for a family to add to the cost of a holiday. The industry does not have the margins to swallow that.

“We should not be persuaded that [PCR test prices] coming down to £60 is good.”

He said: “The report acknowledges the cost of testing is a problem. But the system is designed on an overly cautious framework.

“It does not recognise the huge change vaccination has created.”

The Abta chief said he welcomed the report, but added: “The devil is in the detail – not just the lists of green, amber or red countries but how countries move between categories.

He told MPs: “The immediate implication if the category [of a country] changes [from green to amber] is that people will be subject to quarantine and will take that into account when deciding where to travel.”

“The amber category at the moment is a big deterrent.

“If it is like last year, people had 48 hours’ notice to get back or had to go into quarantine – that was the situation. We would get notification on a Thursday of a change on Saturday.”

Tanzer said: “We want to understand what goes into that decision. My understanding is the government is aware that it is damaging.

“Some of the criteria to be taken into account – awareness of variants, vaccination, sequencing – are slow moving so we’re hoping we won’t have last-minute changes.”

But he said: “We find that when somewhere goes into a high-risk category, it tends to stay there.”

Tanzer added: “We would like to see the green category as expansive as possible. If we err too much on the side of caution we’ll end up with some devastating impacts on the travel and aviation sectors.

“There is an awful lot of work to be done to operationalise what is in the report.”

Asked what he thought of the government’s consultation with the industry, he told the committee: “We were part of a large audience and were allowed to give our view.

“But the government decided what to do. I don’t feel ownership of the taskforce report. There could have been a deeper level of engagement.”