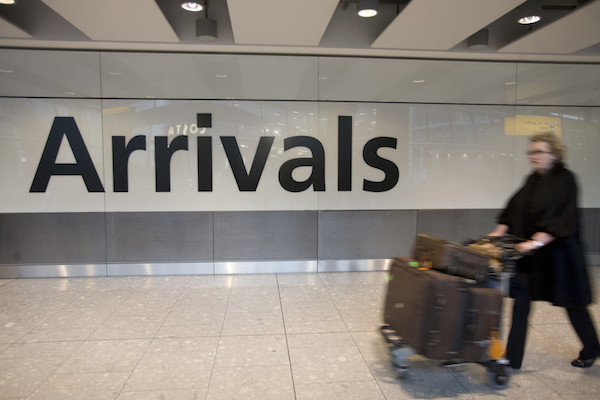 Airports will be unable to cope with the queues at borders if manual checks on passengers are retained when travel restarts at any volume, a senior executive at Heathrow has warned.

He told MPs: “We need to see a dramatic improvement in performance at the border if we’re to have a restart of travel.”

Appearing before the Transport Select Committee yesterday, Garton said: “Our biggest issue is the performance at the borders.”

Non-essential travel to and from the UK remains banned but Garton said: “We’ve typically had queues of two hours and up to six hours [at the border].

“There is a host of new checks and 100% of checks are manual. That is a huge burden. It’s always a problem to process passengers at the border and Covid has made it so much worse.”

He warned:  “The situation is becoming untenable. We’re having to involve the police to help us [deal with passengers].”

The committee of MPs met to review the government’s Global Travel Taskforce report which provides a framework for restarting international travel, possibly from May 17

Garton said: “It’s a problem [at the border] today. It will become a much bigger problem after May 17.” He added: “We would like to see more resources at the border.”

Heathrow is currently handling 10,000 to 15,000 passengers a day, he said, adding: “More than half of those experience delays in excess of two to three hours because of the checks at the border.”

He suggested the solution was to automate the passenger locator form “which is a recommendation of the report”, but said: “Our concern is this is not coming fast enough.

“The best solution is passengers’ details are checked before they arrive. If passengers submit their passenger locator forms before they go and are cleared to enter the UK before arriving they will be able to use the e-gates and flow through.

“The best place to put any processing is pre-departure.”

Appearing alongside Garton, Iata UK and Ireland country manager Simon McNamara told the committee there was “tremendous expectation” in the industry ahead of the taskforce report being published.

But he said: “It is vague in many areas. The approach to reopening is too complex and too cautious.

“We expected it to be sprint to the finish, but it turns out to be another milestone.

He said: “Many airlines have already told us they will be curtailing the flying they had planned this summer.”