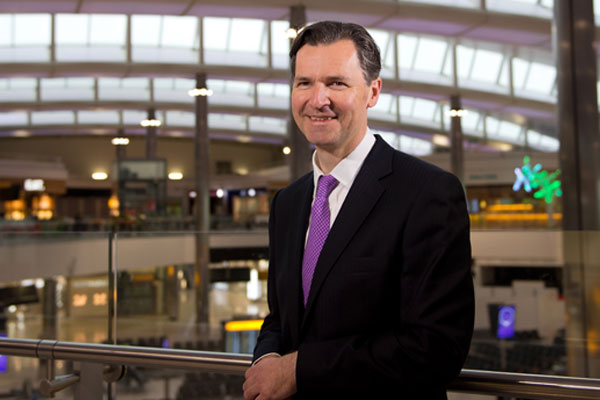 The Global Travel Taskforce’s plans to relaunch international travel “don’t go as far” as the industry needs but mark “a really good start”, according to Heathrow chief executive John Holland-Kaye.

He welcomed the review dates in the government’s taskforce report and said the plan for a ‘green watchlist’ of countries at risk of switching to amber under the Covid traffic light system was “a good idea”.

But Holland-Kaye told Travel Weekly: “There are some challenges. If you go to a green country, not only do you have to take a test before you return, you also have to take an expensive PCR test after returning.

“That will make travel too expensive for people.”

Yet he insisted: “When you look at the restrictions in place even for green countries, it’s hard to see why travel shouldn’t start on May 17 because there is a real belt-and-braces approach. It will mean relatively few people travelling, at least in the early days. But it’s a start and we welcome that.”

Holland-Kaye suggested transport secretary Grant Shapps “has done a good job in getting this through government”. He said the promise of a list of green countries in “early May is not enough notice before May 17, but getting the framework in place was the important thing”.

“I would rather the government took a bit of time to get this right than leap into defining which countries should be in which category too soon,” he said. “If they were to rush into it, the risk is they wouldn’t put any country in the green category and this would all have been a waste of time.”

He insisted: “By the time we get to early May, people will start to feel a little more confident. We’ll all have been able to go out. Life will start to come back to normal and we’ll want to see more countries in that green category.

“Certainly, by the time we get to the summer holidays, people will know where they stand. I would hope by then some of the regulations will have been relaxed a little and more countries will be on the green list.”

Holland-Kaye said: “The review at the end of June, a couple of weeks before the schools break up, will be hugely important.”

However, he argued: “It’s unlikely airlines will be releasing flights to countries until they know what is on the list.”

He also warned: “A lot of countries look to the UK for leadership around the measures adopted. If they require people to take PCR tests going to their country because the UK is expecting PCR tests, this just spirals out of control. We’ll have tests on tests – it is just going to put people off flying. There must be a better way of doing it.”