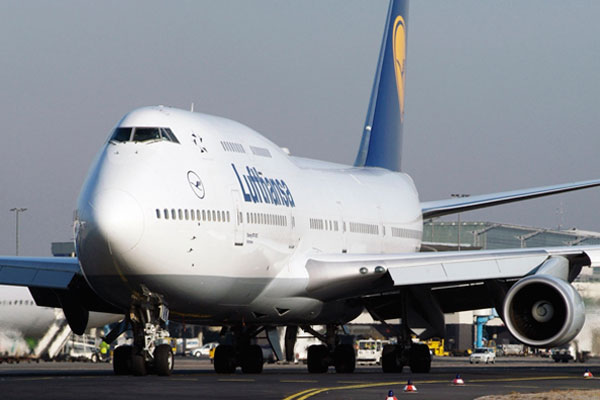 Lufthansa Group returned to first quarter profit thanks to higher demand at its freight division and maintenance unit.

The German airline combine reported adjusted profits before interest and tax of €25 million against a loss of €53 million for the same period in 2016.

It was the first time since 2008 that the group has made a profit in the first three months of the year, normally a weak quarter for airlines.

Total revenue for the first three months of the year rose by 11.2% to €7.7 billion but earnings dropped at Lufthansa and Austrian Airlines while Swiss saw an improvement as it maintained its position as the group’s highest margin carrier.

Chief financial officer Ulrik Svensson said: “For a period that is traditionally difficult for the airline industry, we have posted our first positive earnings result since 2008.

“This is mainly attributable to favourable trends at Lufthansa Cargo and strong growth at Lufthansa Technik. This demonstrates the strength of our broad setup as aviation group.”

He added: “At our airlines we are seeing positive developments in the pricing environment and significantly higher traffic revenues.

“At the same time, however, we cannot be satisfied with the cost development of our airlines. So we will continue to keep a clear and consistent focus on cost.

“Our positive earnings development in the first quarter was boosted by non-operating results. It is important that even without these, we would still have reported an improved first-quarter result.”

Looking forward, Svensson: “Despite our strong first-quarter results and the good forward bookings at our airlines, our full year guidance for 2017 remains unchanged.

“At our airlines, we do not yet have a sufficient visibility on the bookings in the important third quarter.”