For Craig Fish and his team, the pandemic has changed everything.

Not only have their roles had to evolve to meet the more demanding needs of post-pandemic travel, but they are now in new premises and many of their colleagues have left.

The branch moved to the smaller, but more central location in Gloucester – previously Thomas Cook’s premises – two days before Christmas and switched from its previous blue and white logo to Co-op’s new yellow and grey fascia.

The store is one of the group’s top performers and enjoys strong sales of major operators such as Jet2holidays, as well as cruises

Now situated at the entrance of The Eastgate Shopping Centre and opposite the recently-opened Primark, it is already attracting more passing trade, says Craig, particularly as the branch’s former bureau de change desk has been retained in the store.

“Thomas Cook was known for its bureau and we get people coming in who haven’t booked with us to get their travel money,” says Craig, who has seen a significant increase in footfall since Easter. “It’s non-stop. We are run off our feet at the moment. The last six weeks have been particularly busy.”

The store is one of the group’s top performers and enjoys strong sales of major operators such as Jet2holidays, as well as cruises. In recent months, sales of rail and bucket-list holidays have also risen as clients make up for trips they didn’t take during the pandemic. 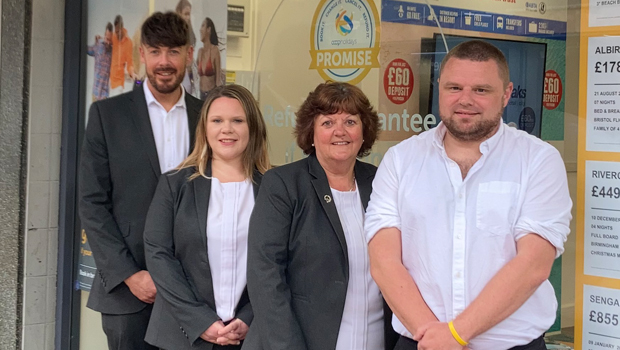 The new store has nine desks, compared to 16 in the previous premises, and staff numbers are down from 25 pre-Covid to the current nine. Craig is recruiting to fill a further two positions, but like many agencies is struggling to find experienced travel consultants.

“We took on a trainee last month, he has come straight from doing his travel and tourism course. A lot of the applicants we get are younger people without travel experience,” says Craig, who is also managing Your Co-op Travel in Worcester until a new manager is found.

He adds: “I have a lovely team and I am fortunate they are all experienced – there’s just not enough of them.”

Craig, who started with the group stacking brochures on shelves aged 15, but left to work as a holiday rep for Tui for five years and later for Sainsbury’s Travel Money for four years, said the last few years have been some of the hardest of his career.

He returned to work for Your Co-op Travel in 2019 just two months before Cook’s collapse and just prior to the Covid pandemic.

Craig is recruiting to fill a further two positions, but like many agencies is struggling to find experienced travel consultants

“There were days when I questioned whether I should have come back,” admits Craig, who worked through Covid handling rebookings, administration and new sales while most of his staff were furloughed. He is now hopeful of a “normal year”, despite current challenges of long waits to speak to suppliers on the phone and bookings taking longer because clients need more hand-holding.

He says: “A booking is not just a booking any more. There’s more paperwork. You can’t expect an 80-year-old with no smartphone to do it all, and until recently, everyone needed to do tests to travel.”

There are also signs the cost-of-living crisis is starting to bite with some clients cancelling when asked for their summer balances. “Some are now saying they can’t travel on the holiday they’ve booked due to financial reasons,” says Craig. 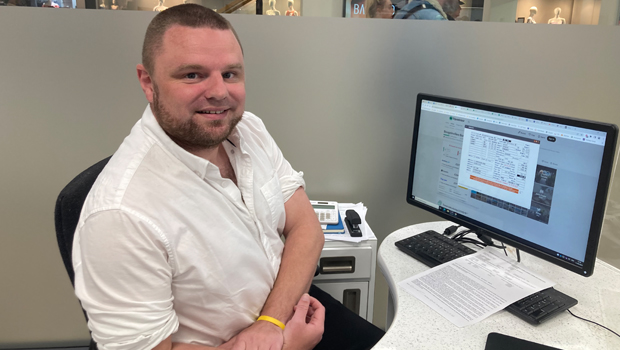 As well as benefiting from more passing trade, the shop has gained more business through its local charity partner, The Pied Piper Appeal, which helps sick and disabled children.

In the past the agency has held fundraising events and it now plans to send staff to help at the charity on volunteer days.

In addition, the agency won a contract to service bookings for the charity’s ‘Wish Holidays’ – trips for children with life-limiting illnesses and their families.

The shop has gained more business through its local charity partner, The Pied Piper Appeal, which helps sick and disabled children

Craig says: “We tend to get bookings for Disney or Lapland. It’s nice to be able to help a local charity and we are encouraged to support local causes.”

He adds: “Last year one of the bookings was a four-night stay at Disneyland Paris and we had to make sure the family had done all the tests and extra paperwork. Their daughter was in a wheelchair and they travelled on the Eurostar. A lot of it was about putting their mind at ease. They had a lovely time and sent us photos of their trip.” 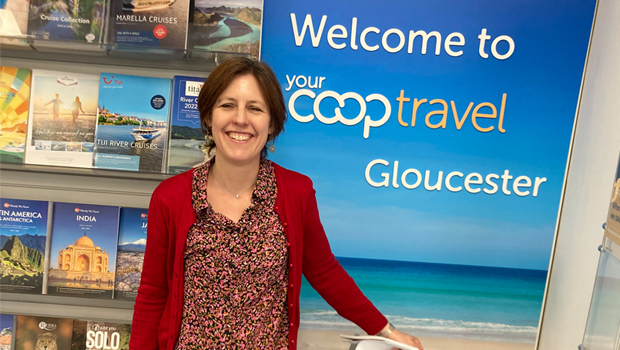 Juliet’s day at Your Co-op Travel

With Your Co-op Travel in Gloucester now located right next to the entrance to a busy shopping centre, it’s hardly surprising the agency had a constant stream of customers during my visit. But the smiles were in full flow and the team all made sure they had time to chat, and even get me a cuppa (thanks Kim!) while I quizzed them on their favourite destinations. Manager Craig Fish was constantly on the go, but never got ruffled. One minute he was answering my questions, the next he was serving clients at the agency’s bureau de change or answering the phone.

The team all made sure they had time to chat, and even get me a cuppa (thanks Kim!) while I quizzed them on their favourite destinations

It’s a situation the staff have had to adapt to since travel restrictions lifted earlier this year – being rushed off their feet is now the norm, rather than the exception.

What was abundantly clear during my visit was that they all love being back selling holidays again face-to-face, even if the job of an agent has become harder with a broader remit than ever before.

Q. How long have you worked at the agency?
A. Almost 10 years. I was furloughed as I have young children. When I came back last year the difficult bit was getting used to the processes.

Q. What’s your favourite holiday destination?
A. Corfu. My mum has a property –it’s like home from home!

Q. How long have you been at the agency?
A. Fifteen years. It was a shock coming back after being furloughed. I got quite nervous.

Q. Your favourite holiday destination?
A. I enjoy cruises.

Q. How long have you worked at the agency?
A. Seven years. The job is very different now; it’s harder. You have to keep on top of the changes and update customers.

Q. Your favourite destination?
A. Greek islands and Portugal.

Cost of living could provide boost for package sales