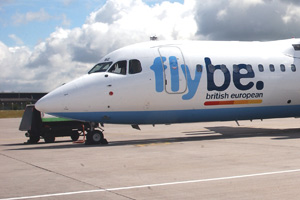 Flybe faces the prospect of flight disruption as up to 700 pilots threaten strike action over pay and working conditions.

The British Airline Pilots’ Association said a pay claim submitted to the UK regional carrier earlier this year had been ignored.

The pilots’ union added that it had concerns over the organisation of flying schedules.

BALPA accused Flybe, which is 15% owned by British Airways, of putting all its resources into its planned stock market flotation, set to start on December 14. The carrier hopes to raise £60 million through the issue of new shares.

The union’s head of industrial relations Reg Allen said: “Unless the company sorts out these problems quickly, it could lead to industrial action.”

The carrier said it was in structured negotiations with unions about a range of issues and further talks were planned.

The airline said: “Flybe is fully engaged in this process with BALPA, while also progressing its planned IPO.”