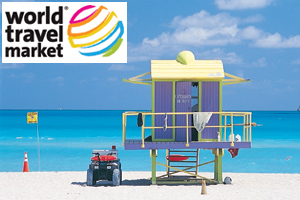 The US Corporation for Travel Promotion has officially unveiled its new brand message at World Travel Market 2011.

The Brand USA imagery, on display in the US area of the show, will form the cornerstone of a global marketing campaign due to launch in March.

To tie in with the launch, the Corporation for Travel Promotion will now also operate as Brand USA Inc, ensuring its brand and corporate messages are aligned.

“This is a historic moment. We look forward to partnering with the entire travel industry, and beyond, as we aspire to recapture the world’s imagination with the limitless possibilities of the USA.”

It is a non-profit organisation tasked with increasing inbound travel to the US, and is a public-private partnership partially funded by Esta charges paid by travellers from visa waiver countries.

Its annual budget is expected to be up to $200 million, but it has yet to reveal in which source markets it intends to focus its marketing activities.

Board members include chairman Stephen Cloobeck, of Diamond Resorts, and vice-chairs Caroline Beteta, of Visit California, and George Fertitta, of NYC & Company.