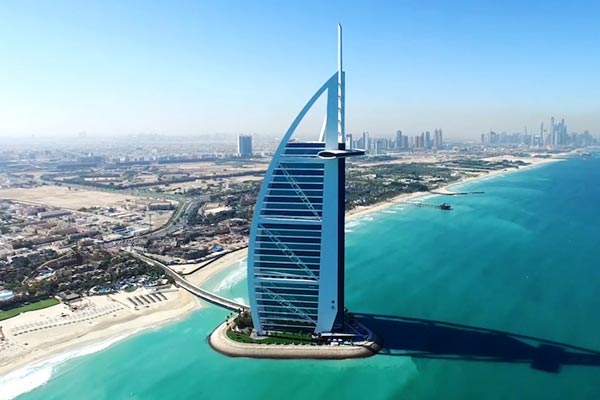 Emirates and Boeing have partnered to sponsor one of the largest aerial filming projects ever conducted using drones.

Filming took place in 18 destinations on five continents including Emirates’ hub in Dubai and Boeing’s Seattle base.

The films are available on a dedicated ‘View from Above‘ website, enabling visitors to spin the globe to one of the 18 destinations, and be taken straight to their desired video.

More than 13 qualified drone pilots from around the world worked on the filming project,

The aerial capabilities of the unmanned drones meant the project team could produce previously unseen imagery. Drones grazed rice fields in Vietnam, flew between mountain crevices in Norway and over lily pads in the Seychelles.

In Japan, drones were used to film in between the branches of cherry blossom trees and closely hover over steep waterfalls. In Rio de Janeiro, drones were able to vertically float above Maracanã Stadium producing a fresh new take on the football arena.

The airline’s divisional senior vice president, corporate communications, marketing and brand, Boutros Boutros, said: “The beautifully crafted films produced for this project not only feature destinations within our network in a stunning new light, but also utilise innovative technologies in creative ways to produce dramatic footage.

“Our aim is to always connect with our audiences around the world, and we hope that people are inspired by these unique films.”